STEREO FIELD is a beautiful touchplate instrument and controller

This might just be a real spiritual successor to the Cracklebox. (That’s the classic – and very nicely unpredictable – creation of Michel Waisvisz, one associated with the research program at STEIM and many of the ideas about expression and nonlinear sound ever since.) 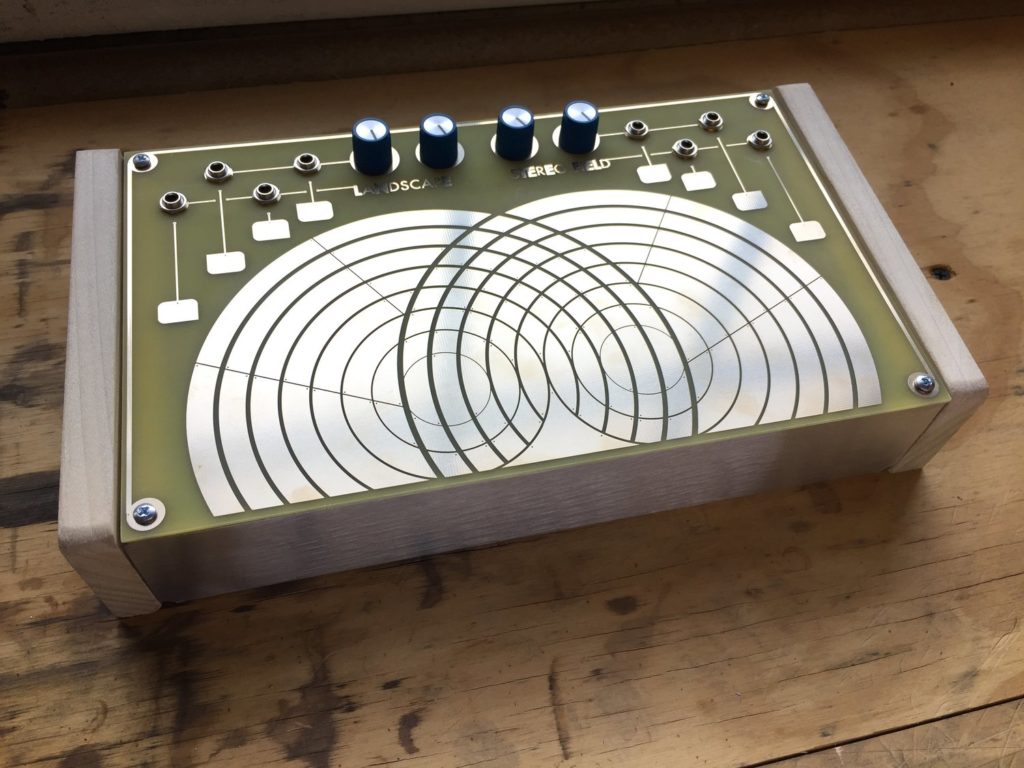 It’s a sound generator: you can make some (raw sounding) analog, atonal sounds by patching its circuitry to an output.

And, it’s a controller: connect the output and use it as control signal instead of listening directly.

But its architecture makes it simple to do any of that with stereo or quad sound input and output. Those touch plates become timbral controls, but spatial ones, too.

As with any such instrument, what this sounds like or what aesthetic use it has is up to you. The demo videos are fairly gnarly, if you’re into that sort of thing. But note in particular the difference between controller:

You can process inputs and outputs simultaneously, “weave” together sounds and spatial signals, and “inter-patch” beats and shifting colors. And those touchplates are sensitive such that you can use touch, or move your hands near the plates (Theremin style), or even breathe on them.

All of this is in an aluminum and maple enclosure with “gold immersion” touch plate. There are 4x minijack inputs and 4x minijack outputs, plus 1/4″ jacks, and each physical signal has a connection to its own touch plate.

It’s US$380, available now for preorder. Due to ship in April.

The hardware is a product of Brooklyn’s Landscape Tapes label, who have also done a beautiful tape cassette machine called the HC-TT.

It’s fascinating to watch these decidedly retro-colored projects, in terms of not just how they look physically but their approach to sound and control. One way to understand them coming full circle is that they’re not about some sort of look backwards, but rather the result of an experimental musical approach spreading from a handful of people to a wider array of people – now able to connect, and buy and sell projects, and share information, online. It’s nice that some positive things are happening online! So enjoy: