April Fools may have become a wasteland of bad jokes and actually-misleading news items, but our ever-inventive music tech community has come up with some stuff that’s rather clever. And then some of that, in turn, is actually real. Here are our favorites from this year:

Ableton Sax for Live easily wins April Fools 2017 – on the quality of its demo video alone. (Those are some well-known Ableton figures delivering these stellar performances, too.)

But the best part of Sax for Live is, it is actually a real, free download. And the instrument, designed by Ableton’s ace sound designer Christian Kleine, is notable both for sounding nothing like a sax and actually sounding rather interesting. Yes, I’m going to be using this on a track, somehow.

They’ve even been nice enough to make a version for those of you who have Live 9 in one of the editions that doesn’t include Max for Live: 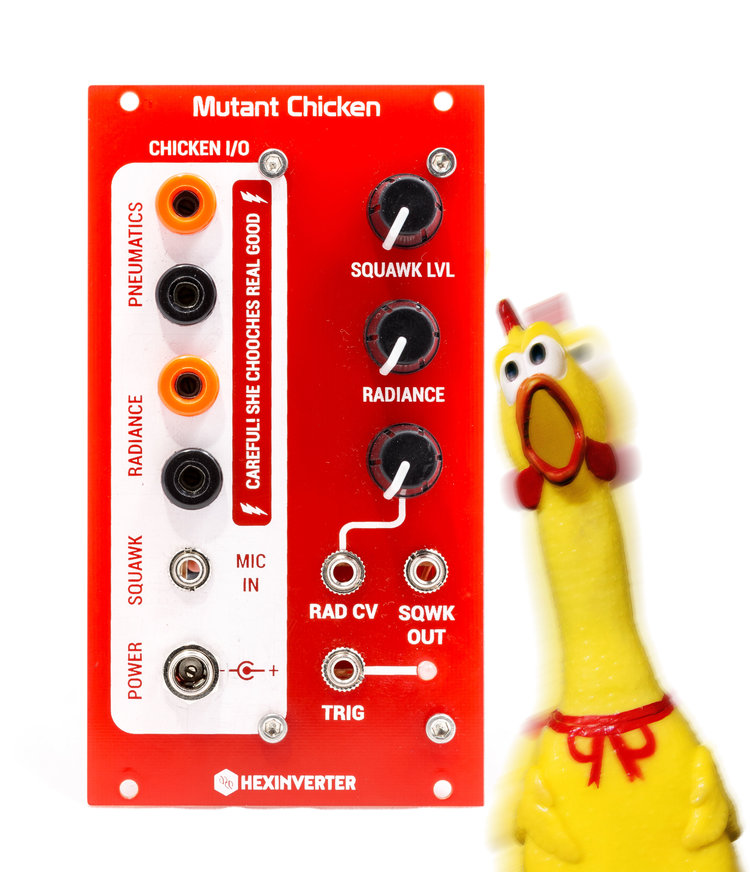 Mutant Chicken is not something you can buy – though maybe you’ll wish you could. The folks at Hexinverter created this unlikely analog modular accessory, full of authentic squawking sounds. Actually, just watch:

We’ll know we’ve actually reached peak modular if someone comes up with a $4000 chicken and people buy it. (It’ll have Richard Devine chicken sound presets, of course.)

But the real part of this is that the team at Hexinverter did build an actual prototype of the thing – and I’m sure you can imagine something equally preposterous to attempt at your own next hackday.

Also in modular, LZX Industries have devised a “Magic Eye” visual module, a “a 16HP 3D stereogram rendering engine for video synthesizers” Now, LZX do have real visual modules, and … well, theoretically you could build this, if you really wanted to. 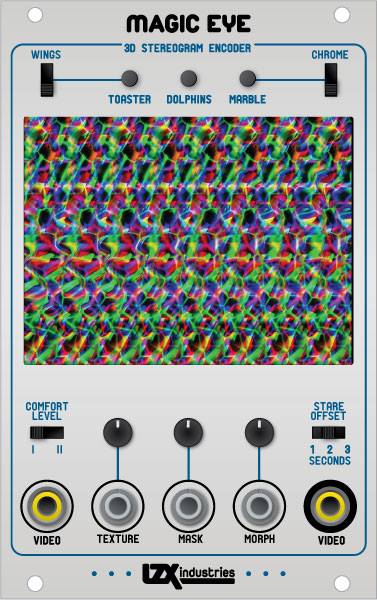 Since that would require delay taps to happen before the source, you’ll, uh, need to make a significant discovery in quantum physics to make this happen live. But non-realtime negative delays actually are a thing – and Tim posts a helpful tutorial from YouTuber soundlearn:

I never get tired of reverse stuff.

Tim has made some seemingly-impossible magic happen many times over, so follow his page:

And, of course, Tom was ahead of his time, as Behringer last month announced they were doing just that. Excerpt:

On April 6th at 11am, they’re launching 87 new products at the Frankfurt Musicmesse, including a range of genuine analog synths. The Ultrasynth MM1000 is a very familiar-looking three oscillator synth in a wood-effect aluminium case. The UltraMatrix SY1100 is built into a black plastic suitcase, with a matrix patch panel and a tiny membrane keyboard. Both synths are being produced in China, and the prices are astounding: The MM1000 is £250 ($475), while the SY1100 is just £200 ($375). Wow!

In fact, the only really wrong thing about this prediction (apart from the membrane keyboard) is the Behringer appearance at Musikmesse.

Almost everything else is correct:

In fact, you could almost believe Behringer was cloning this news article as much as they were the Minimoog itself.

Oh, yeah, also correct – Behringer in fact ducked out of a legal fight with Roland over trade dress of its BOSS clone pedals by changing the look and feel of said pedals.

I should have bet Tom on this stuff back in 2005, though I doubt he would have taken it.

Seen any good April Fools? Let us know in comments.

synths
GEMA is a delay pedal effect-synth that rumbles like an earthquake, by Senyawa x Squaresolid
CVeffectsmodularsynths
MOD Devices made a guitar synth you can actually play like a synth – so your guitar is the CV
analogsynths
The Oberheim OB-X8 is a beast – here are more sounds from it, straight-up
abletonanalogCVeurorackmodular
The best way to integrate Ableton Live and Eurorack modular – for any rig