Isn’t it weird how oddly superficial and fashion oriented talking about music can get? Let’s remember what we’re doing: we’re moving sound particles in air and then seeing what happens to our physical body and mood when they disrupt tiny bits inside our ear.

The camerawork sometimes fetishizes old tape machines and, like, the artist’s arms (hey, they’re nice arms), but listen to the message, and I think it speaks to everyone.

The Haxan Cloak is Bobby Krlic, based in Los Angeles. He’s something of an underground legend, but his face to the world – and presumably what’s giving him some budget to lavish on that gear love we all feel – is work like co-producing Goldfrapp’s Silver Eye. But here, we instead get a pure, unadulterated love of synths, and beyond that, sound itself.

My thoughts were that a lot of people tend to use modular synthesizers in more of a textural and sound-design oriented way. Of course I’m generalizing, and I also want to point out that I don’t think this approach is negative. In light of this, though, and my own experience of modular music, I wanted to make a piece of music that was more melodic.

I set up the Mothers as such so one was Bass and then the other two were playing counterpoint melody lines. One sequence was 7 notes, one was 8 and the Bass was a repeating 7-note pattern changing every 4 bars – I think this gave the piece comforting fluidity that was at the same time unpredictable.

And here’s that Goldfrapp single; the release is out on Mute: 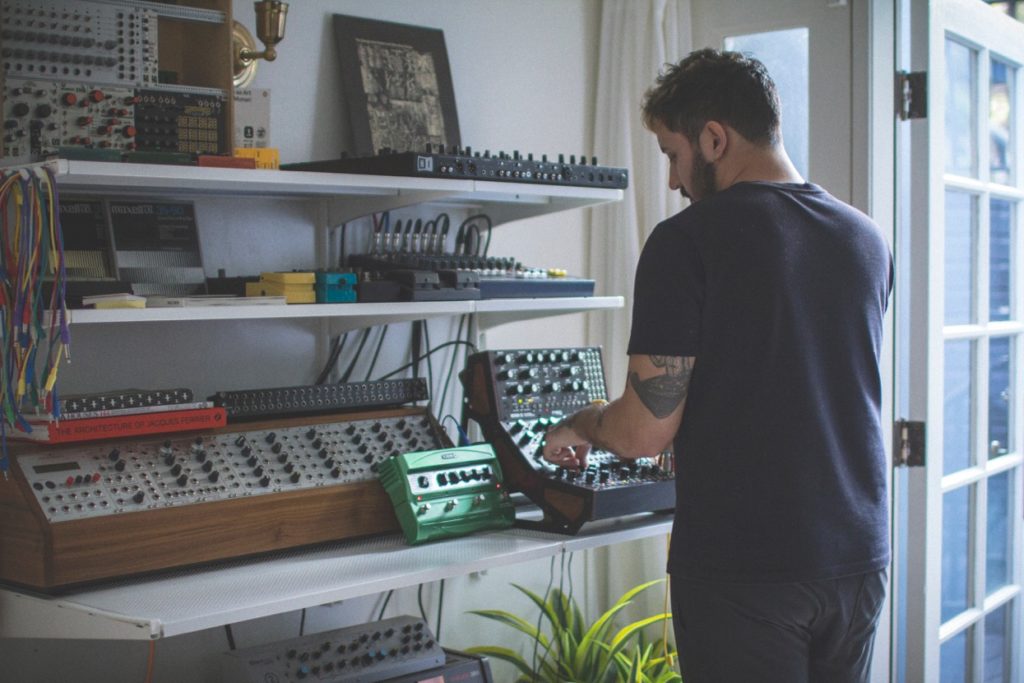 Thanks to Moog for bringing this our way. And of course, this leads up to yet more events at Moogfest.