Take the grid-based workflow of Circuit – and build a sequencer workstation with a paraphonic analog synth.

That’s the formula of the Circuit Mono Station, one of two new synth products Novation are showing off this week in Berlin at Superbooth. We got a first look via leaked photos; now here are the full details.

Physically, the Circuit Mono Station has the 32 RGB velocity-sensitive pads from the Circuit, plus hands-on controls. But in place of the drum machine / Nova digital polysynth combo (and limited macro encoder controls), what you get is: 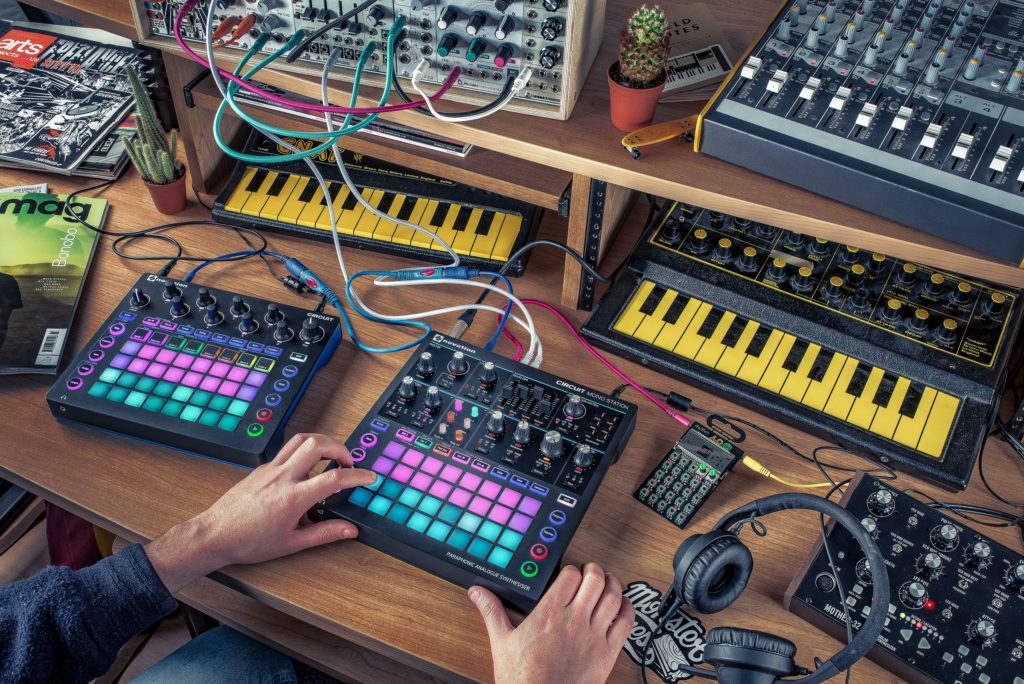 A three-track sequencer. Yeah, so makers are finally working out that part of what we want to do is drive external synths (via CV or MIDI or both). Here, you get three track’s worth.

Now, interestingly, you get two “oscillator” sequencers and one “modulation” sequencer. On each, you have gate length, sync rate, and then you can either switch or mutate patterns.

An analog synth. Based on the classic Bass Station II (well, obviously), you get duophonic (two-note) and monophonic operation, three different kinds of distortion, sub oscillator, ring mod, overdrive, and multi-mode filter. (There’s just one set of filter and envelope controls, but you can sequence two pitches at once in addition to one in the duophonic/paraphonic* mode.)

Bonus: lots of modulation: four waveshapes, envelope, sequencer, or velocity, which you can route to pitch, pulse-width, amp, filter, distortion, or CV.

And you still get some digital-era benefits: 64 patches to load and save.

It’s also really an audio processor/sequenced modulator. Audio input means all those sequencing features coupled with the filters and distortion let you modulate external signal, too. That more or less doubles the use of this box, and it’s very clever.

Generally, integration is the message. Circuit already had Web-based integration with Components. That will evidently get repeated here, with a USB connection to your computer.

But you now also get features that focus on integration with your studio. In addition to the audio input, you get MIDI in, out, and thru, plus analog ins and outs – and that integrates with the sequencer.

And I think it’s relevant that this Circuit inherits all the features that gradually evolved over the previous models’s consistent firmware updates, adding features like Scales mode. 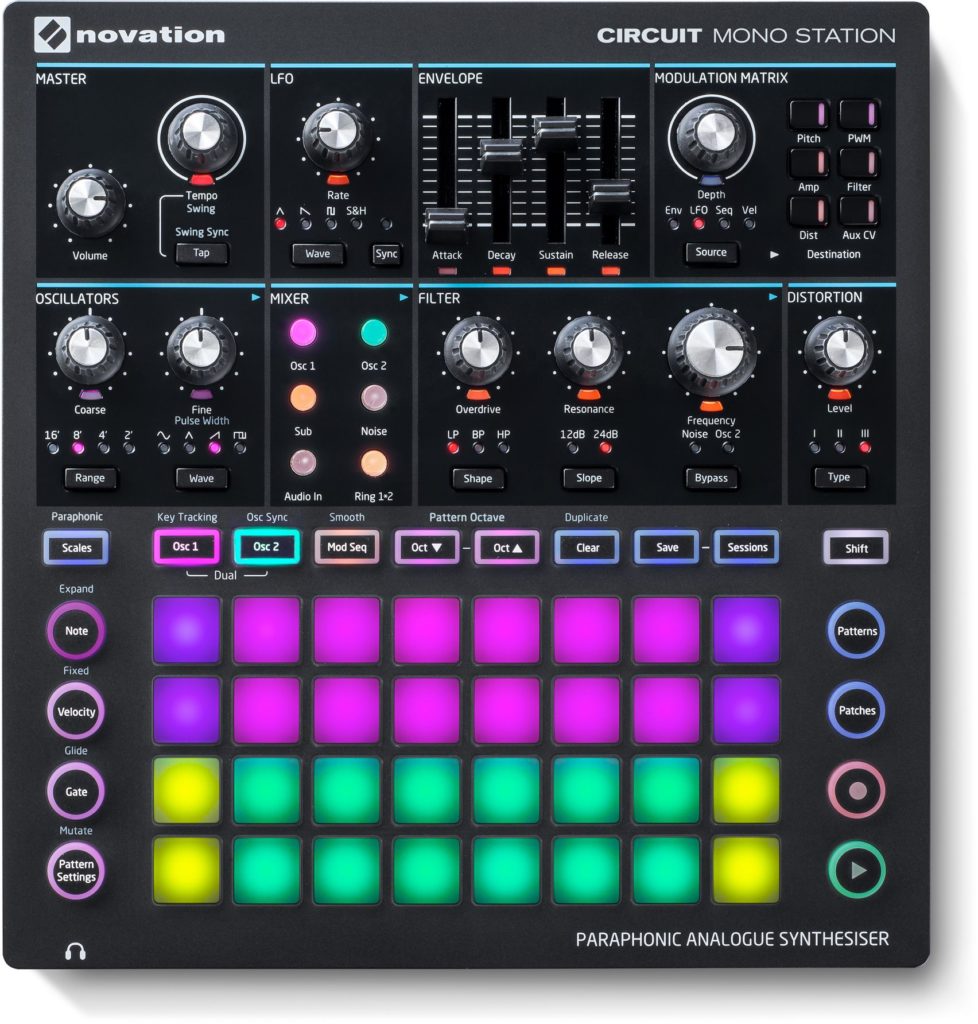 Accordingly, this is all a little pricier than the original Circuit, but occupies a nice niche just above the drum machine’s price point. (And the two are an obvious pairing, as then you’ve got drums and poly, plus external sequencer and bass. Or route the previous Circuit into the new one and add sequenced filtering and distortion. I can’t wait to play with this.)

Available in July. Pricing by region:

For more background on just how much control you get in the sequencer, the developers point out to me that PWM is something you can modulate:

We mentioned Pulse Width, and Pulse Width can be Modulated in the Modulation Matrix by selecting the Envelope, Mod Sequence, LFO or Velocity as the source and selecting PWM as the destination then turning up the Depth

And Chris Mayes-Wright has an extensive behind-the-scenes essay on how this product was developed, which makes for interesting reading:

Circuit Mono Station: Behind The Scenes

* Paraphonic / duophonic – what does that mean? Synths that have separately-controllable oscillators, routed through a common voice architecture (filter/amplitude) are generally called paraphonic. That’s the term Novation use. In this case, you can independently control the pitch of two oscillators at once, via the Circuit Mono Station’s sequencer. But there’s only one amplitude envelope and filter through which they can be routed, so they aren’t truly independent voices – just independent oscillators.

In other words, you can hear two notes at once, but you’ll have just one set of filter and amplitude controls for both.

(Duophonic does not mean two-note polyphonic. It means two-note paraphonic – still one voice. And… I guess we need to make a synth trivia game or something.)