Novation’s Circuit drum machine/synth/sequencer combo already found a lot of fans. Now it looks like they’ve got another all-in-one grid instrument – this time, a mono/paraphonic synth with sequencer. And whereas the Nova polysynth in the Circuit is hidden behind controls, here you get loads of hands-on control.

The Novation Mono Station has leaked via retailers like Dutch prodjstore and are already making rounds on social media. Most interesting I’d say, apart from combining the grid sequencer with a hands-on synth, is that modulation matrix. (It’s not bad having distortion plus a multi-mode filter with overdrive, either.)

In a nod to analog fans, you also get a full complement of CV controls round the back, in addition to MIDI and USB.

Novation are in town here in Berlin for Superbooth, so we’ll be sure to talk to them – and see what they’ve got to tell us about this or anything else new.

But to see this from the makers of the beloved Bass Station I’d say is good news indeed for desktop synthesis fans. And it continues the trend of putting sequencers on these instruments instead of keys. (See also: volca series, Roland AIRA, Pioneer AS-1, Circuit of course, and so on.) 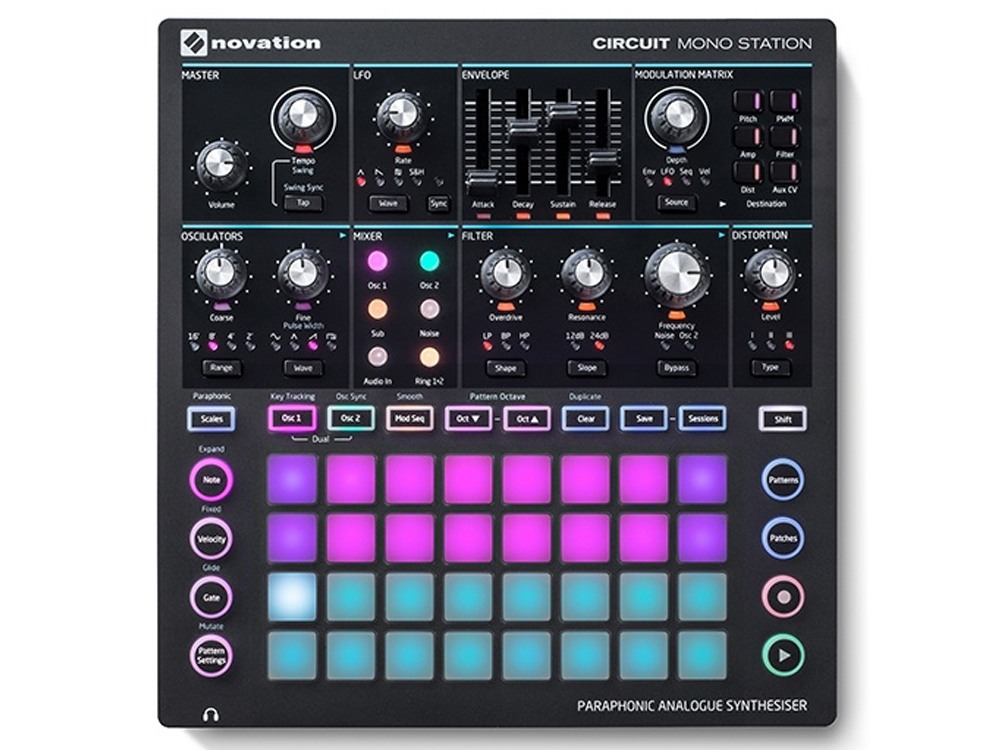 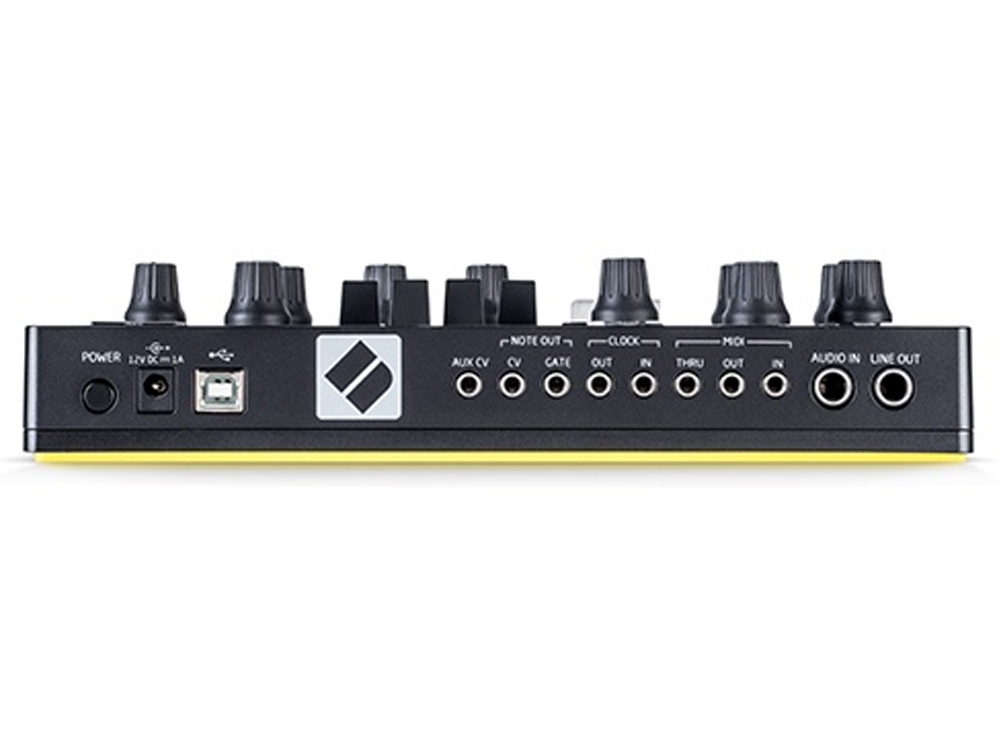 Two oscillators with individual control of sync and tuning parameters
High-pass, low-pass and band-pass filters with slopes of 12dB and 24dB
Three distortion modes
Choose monophonic or paraphonic modes with individual glide control
Four-by-eight modulation matrix that enables complex alteration and routing
Load and save up to 64 patches on the device
Three sequencer tracks (two oscillator sequencers, one modulation sequencer)
32 velocity-sensitive RGB pads
16 scale types
Changeable sync rates
CV/Gate, CV mod plus MIDI In, Out and Thru for connecting and controlling separate hardware
Backup patches and sessions with Components

— and there are selectable waveforms, sawtooth, triangle, square, and sample + hold. (That “square” wave is actually PWM, too – you get a pulse width control. Corrected from an earlier draft of this article.)

An earnest album, recorded to four-track, as Shamir looks for hope