Novation’s Circuit is a budget marvel. As a drum machine alone, it’s a steal – particularly with the ability to load your own samples. But also hidden inside are two synths based on the Novation Nova.

There’s one piece of software that really lets you maximize all these capabilities: the Circuit Editor plug-in from Isotonik.

One, it lets you get inside all the hidden powers of the synths and drum machine locked into the Circuit hardware, not only as an editor but with extras like randomization and morphing. The upshot of that: you can use the editor to set up your box for jam sessions and improvisation, or to take onstage. Spend your time in the editor tweaking, then leave that behind and focus on playing when it comes time to play (in the studio or onstage).

Now, for Novation’s part, we saw yesterday the launch of Circuit Components offline. That’s an awesome tool for loading your own samples, making backups, and sharing settings, now both offline and online. 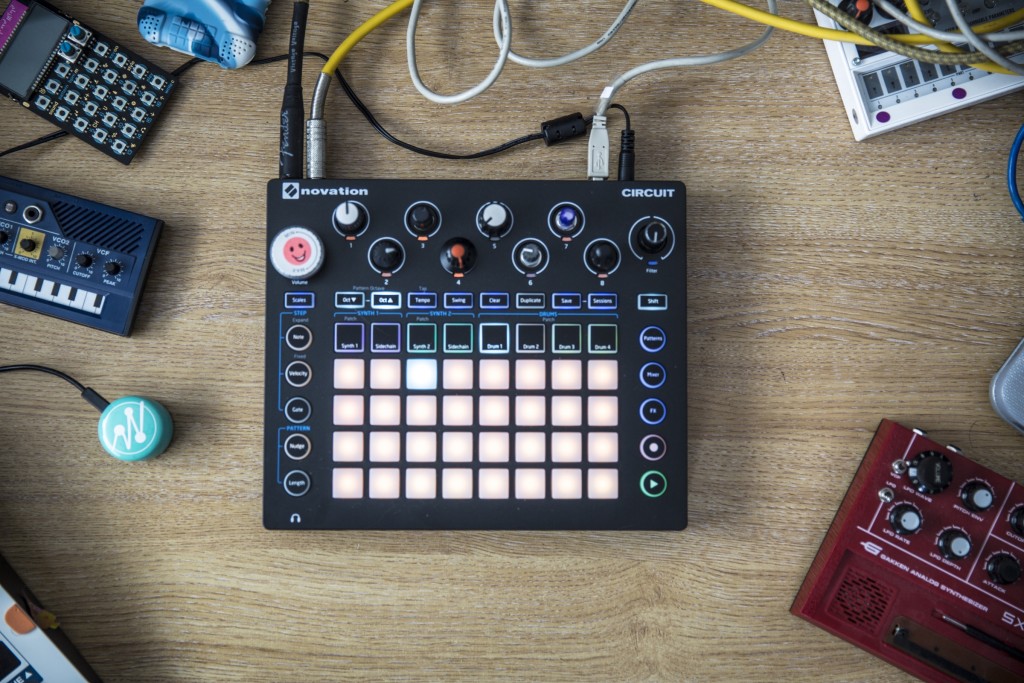 Suren’s Circuit, in the studio.

But think of this as the advanced companion – now with editor features that go far beyond what the related editor distributed officially by Novation provides. And what I love most about this is that the poor boy’s / poor girl’s groovebox is now a real powerhouse. That box is cheap, it’s small, it’s perfect for those who can’t afford a lot of gear (or, like, carry-on luggage fees even). It’s a reward for simplicity — without being simplistic, since you can go as deep as you want with the editor.

And wow, can you do a lot. Apart from loading, saving, and editing patches, synth sounds, and sessions, you get extras like:

Adding still more depth to Circuit, Isotonik have set up a store for patches for the instrument:

The latest editor software is a £25.00 purchase — meaning for the price of a power adapter for another box, you can turn your Circuit into almost an entirely new instrument. Wow. Grab the editor plug-in/standalone (plus bundled Lemur template):