The core of this synthesizer was grown in a lab from actual living cells sliced right out of its creator. Skin cells are transformed into stem cells which then form a neural network – one that exists not in code, but in actual living tissue.

Now, in comparison to your brain (billions of neurons and a highly sophisticated interactive structure), this handful of petri dish neurons wired into some analog circuits is impossibly crude. It signifies your brain sort of in the way one antenna on an ant signifies the solar system. But philosophically, the result is something radically different from the technological world to which we’re accustomed. This is a true analog-biological instrument. It produces enormous amounts of data. It learns and responds, via logic that’s in cells instead of in a processor chip. Sci-fi style, biological circuitry and analog circuitry are blended with one another – “wet-analogue,” as the creator dubs it.

And for any of you who hope to live on as a brain in a jar in a Eurorack, well, here’s a glimpse of that.

Artist Guy Ben-Ary comes to Berlin this week to present his invention, the project of a highly collaborative inter-disciplinary team. And “cellF” – pronounced “self,” of course – will play alongside other musicians, for yet an additional human element. (This week, you get Schneider TM on guitar, and Stine Janvin Motland singing.)

There are two ways to think of this: one is as circuitry and cell structures mimicking the brain, but another is this biological art as a way of thinking about the synthesizer as invention. The “brain” lives inside a modular synth, and its own structures of neurons are meant in some way as homage to the modular itself. 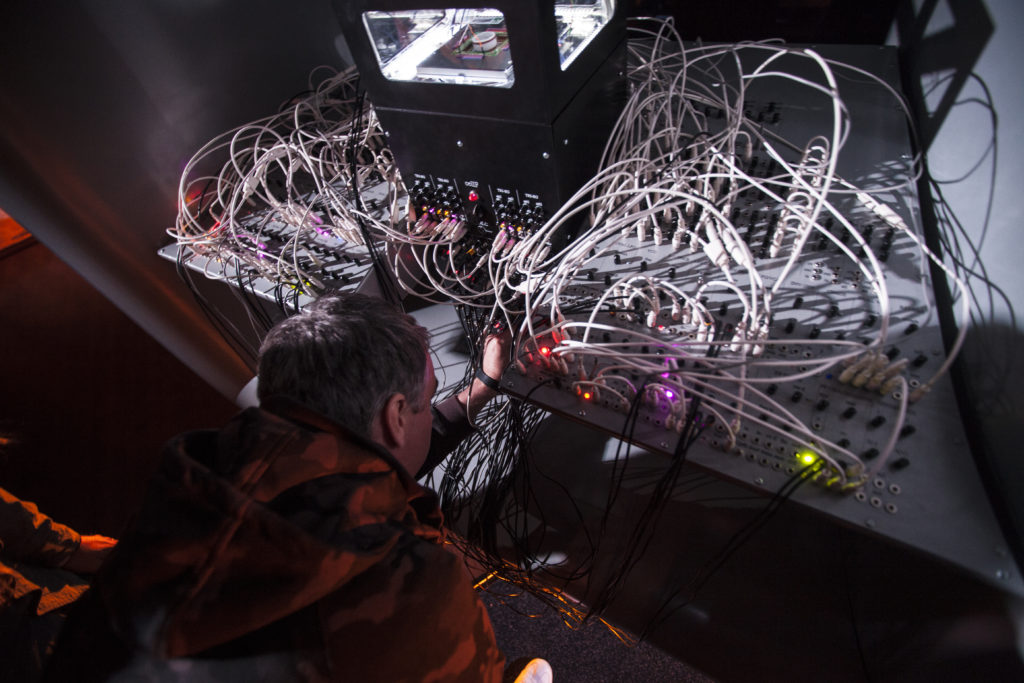 Whether or not cellF’s musical style is to your liking, the biological process here is astounding on its own – and lets the artist use as his medium some significant developments in cell technology, ones that have other (non-artistic) applications to the future of healing.

The cells themselves come from a skin biopsy, those skin cells then transformed into stem cells via a ground-breaking technique called Induced Pluripotent technology.

Given the importance of skin cells to research and medical applications, that’s a meaningful choice. The network itself comprises roughly 100,000 cells – which sounds like a lot, but not in comparison to the 100 billion neurons in your brain. The interface is crude, too – it’s just an 8×8 electrode grid. But in doing so, Guy and his team have created a representation of the brain in relationship to analog circuitry. It’s just a symbol, in other words – but it’s a powerful one.

Of course, the way you wire your brain into a modular synthesizer when you use it is profoundly more subtle. But that also seems interesting in these sorts of projects: they provide a mirror on our other interactions, on understanding the basic building blocks of how biology and our own body work.

They also suggest artistic response as a way of art and science engaging one another. Just having those conversations can elevate the level of mutual understanding. And that matters, as our human species faces potentially existential challenges. 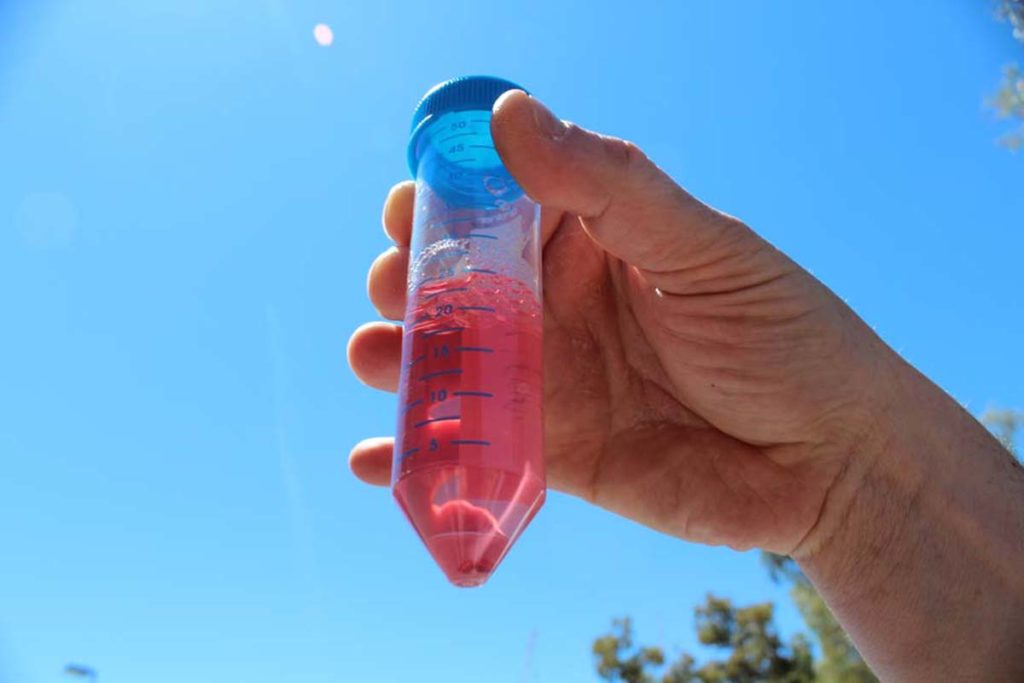 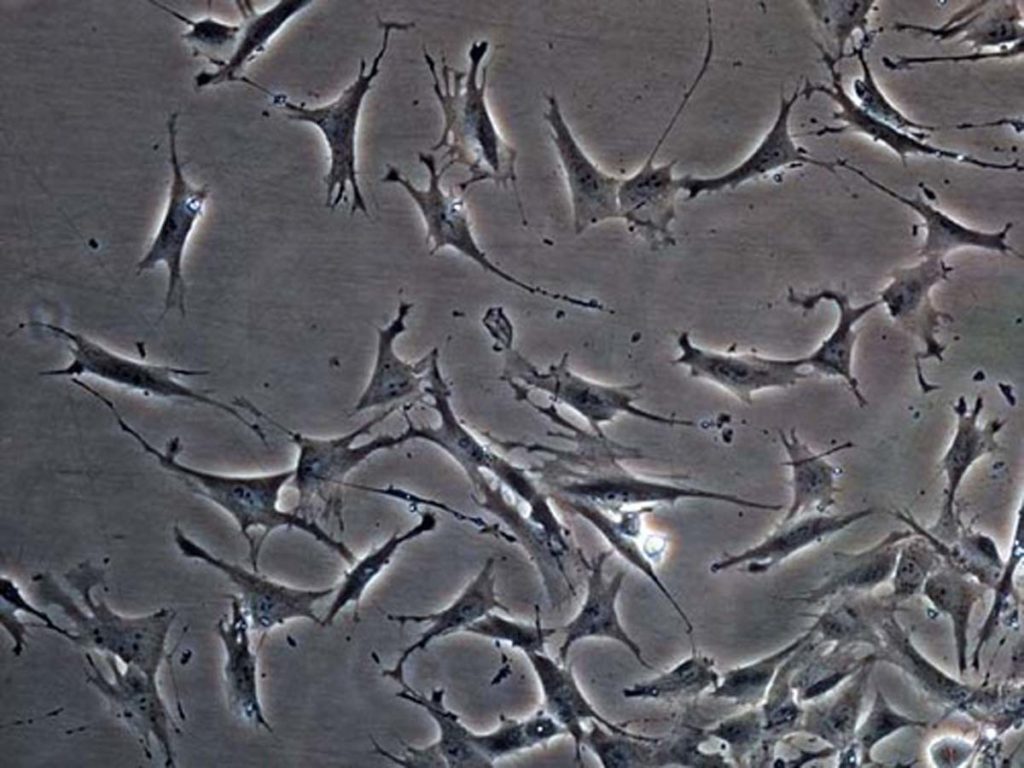 It also allows artistic practice to look beyond just the ego, beyond even what’s necessarily human. CTM curator Jan Rohlf talks to CDM about the “post-human” mission of these events this week.

For me personally, the underlying and most interesting question is, if how we can conceptualize and envision something like post-human music. Of course, humans have long ago begun to appreciate non-human made sounds as music, for example bird-song, insects, water etc. Nowadays we can add to this list with generative algorithms and all kinds of sound producing machines, or brain-wave-music and so on. But the questions always is, how do we define music? Is this all really music? Can it be music even if there is no intentional consciousness behind, that creates the sounds with the intend of making music? It is a blurry line, I guess. Animals can appreciate sounds and enjoy them. So we might say that they also participate in something that can be called music-making. But machines? At this stage?

The point is, to have the intention to make music, you need not only some kind of apparatus that creates sounds, but you need a mind that has the intention to interpret the sounds as music. Music is experiential and subjective. There is this quote from Lucian Berio that captures this nicely: ” “Music is everything that one listens to with the intention of listening to music”.

Following this, we really would need to have an artificial or non-human consciousness that appreciates music and listens to sound with the intent of listening to music. And only then we could speak of post-human music.

Anyhow, thinking of the post-human as way to rethink the position we humans have in this world, it still makes sense to call such artistic experiments post-human music. They contribute in a shift of perspective, in which we humans are not the pivot or the center of the world anymore, but an element among many equal elements, living or non-living, human or non-human, that are intensely interconnected.