Roland does for drum pads what stompboxes did for guitar effects

Roland has a simple idea: take digital drum pad hardware, and simplify it. What you get is fun and ready little boxes you can stamp with your foot, play with your hands, or hit with a stick.

Instead of one big unit with a bunch of features or a whole electronic kit, the SPD::ONE line is four different compact units with particular sets of sounds. There’s a kick, an “electro” unit, a “percussion” unit, and a “WAV” sample loader. All four also double as MIDI controllers for your computer.

I think people who never even thought they wanted a drum pad might suddenly decide they do. I’m not a drummer, but I like hitting stuff, and I sort of have rhythm. That counts, right?

Today’s news kicks off another batch of products Roland is announcing online via stream rather than a trade show. Now, if you were hoping for a Boutique series 808 (or 727!), you may be disappointed. But what we get instead, while showing Roland’s BOSS side, is also useful. 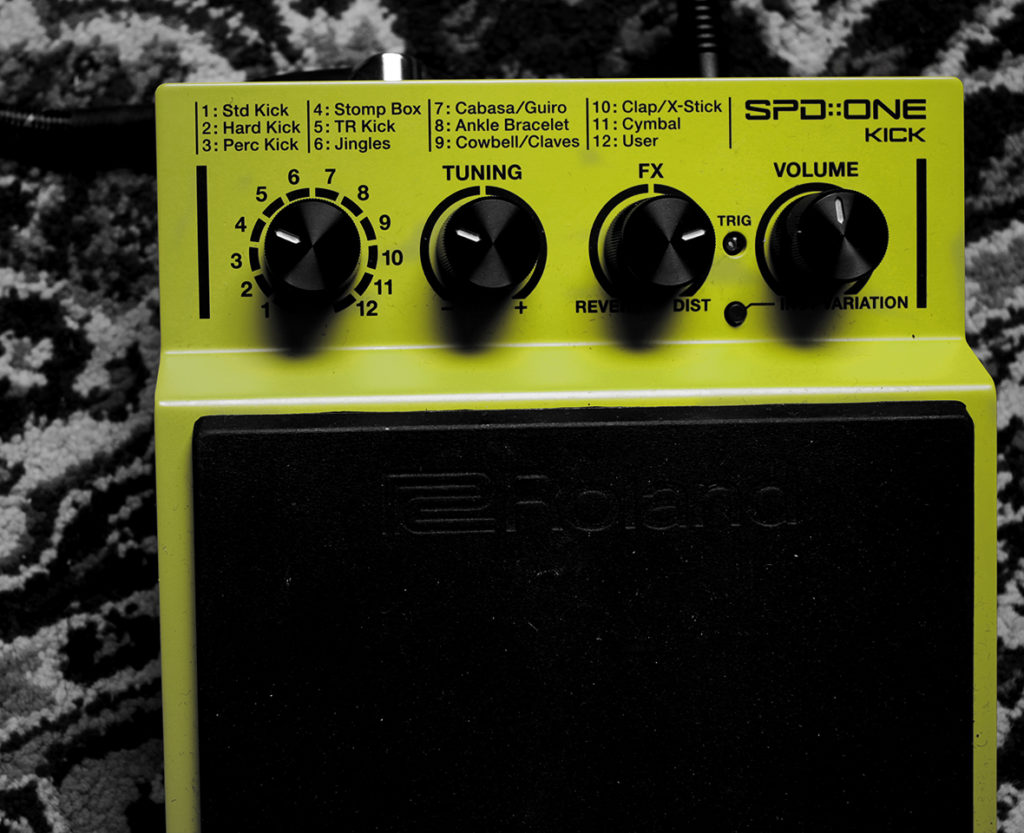 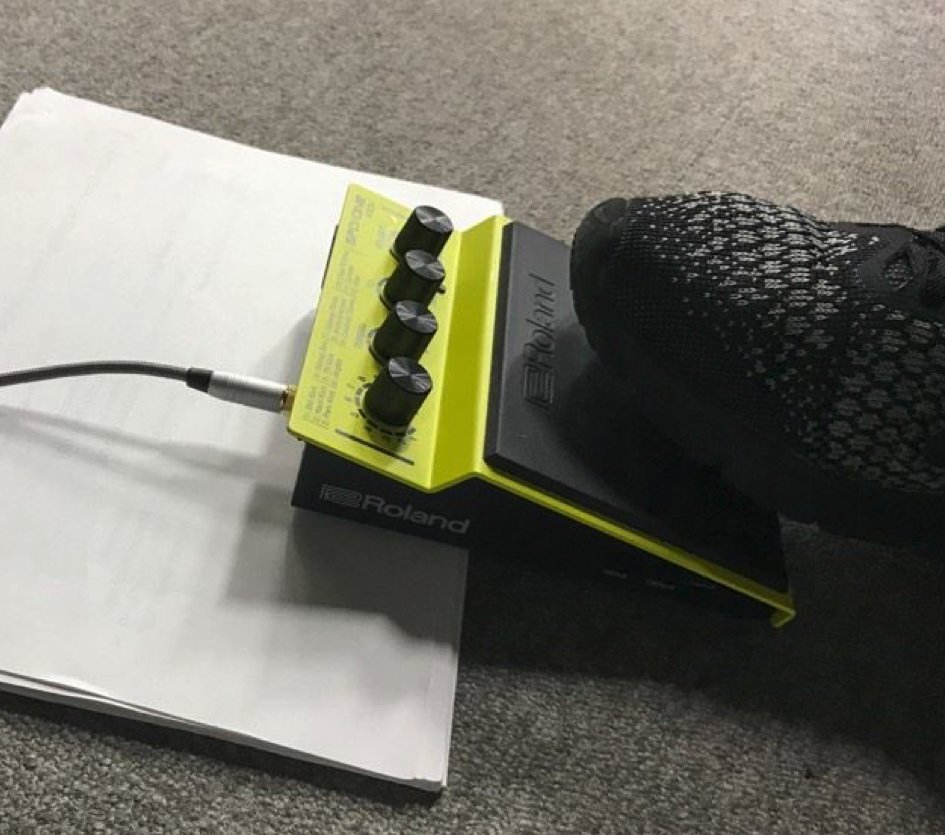 All four units have some common features:

The number of sounds (not including the WAV) isn’t immediately obvious. There are 12 banks, set by knob. The first 11 are presets, with each having a variation accessible via a small button on the front panel. The twelfth is your user storage. On the WAV, there’s a different configuration, but more on that in a bit.

The price really says it all. Something like Roland’s own Handsonic is way more powerful, but it’s also less portable – and it’s $900. It’s a different beast. This is more like an impulse buy you can add to an existing rig. 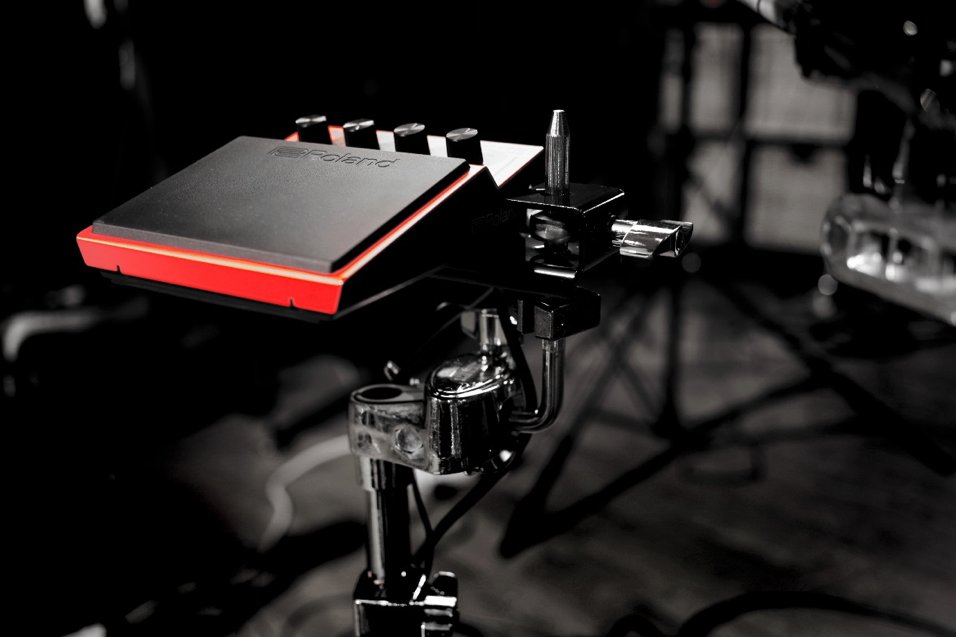 Mounting hardware is included in the box.

Note the sensitivity controls on the side.

The WAV is definitely the most versatile of the four, and because you can load your own samples, could well replace the others. Let’s look:

The electro comes with 808 and 909 sounds. Now, some CDM readers em>might opt for this over the WAV, just because there’s a built-in reverb/delay.

The percussion is a bit like the electro, but with more realistic sounds (well, since now an 808 or 909 sounds like an 808 or 909 to us). It’s got the full range of greatest-hits percussion. It also has the reverb/delay.

The kick is a bit of a misnomer – it’s more than just kick sounds. It’s more like a set of sounds you’d want to play from your foot. (You can do that with any of the units here, but this one is set out of the box with that assumption.) So of course there’s a TR kick, and some variations on acoustic kick drums. But there’s also a guiro, ankle bracelet, cowbell, clap, and cymbal.

And the fourth one for custom sounds

Prediction: the SPD:ONE WAV PAD is about to become one of those pieces of kit you see in live electronic rigs and drum kits.

First, what you lose versus the other models: there’s no built-in delay/reverb, and you do pay another fifty bucks.

But what you gain is 4GB of internal storage and more flexible playing modes.

In place of the tune and delay/reverb knobs, you get a dedicated headphone knob and click/master mix knob. That means you have hands-on control over your monitor mix and can listen to a click if you want.

And then there’s the various ways you can make use of that 4GB of space. It’s a bit hack-y, but that’s somehow cool.

First, you bump up the hardware to stereo support in addition to mono.

There are three use cases here:

Click tracks. You can create a custom click and run that through the headphones, while playing at the same time.

Backing tracks. You have 4GB of space, so full backing tracks are totally possible. But the SPD:ONE WAV is restricted. Once you’re playing a backing track, you can’t layer anything else. (For that, Roland would prefer you buy something like their SPD-SX, which can do both simultaneously.) I’m guessing this might still be useful to someone – like keeping the unit around to play backing tracks on a couple of songs, then using the remaining slots for triggering live sounds. (It’s still a set of backing tracks you can trigger with a foot or a stick, but I don’t know if everyone wants to pay three hundred bucks for just that alone.)

Custom layered sounds. There are multiple monophonic, polyphonic, looping, and layered options here. Let’s break them down, since Roland’s info isn’t so obvious. You’re essentially the sound designer here, in that you’ll choose the mode based on the filename you enter for your sounds. (There’s a cheat sheet silkscreened onto the front panel, so you don’t have to go hunting for a PDF.)

One shot mono: each additional trigger stops, then re-triggers the sound.

One shot poly: each additional trigger starts a new sound layer over top. (Forgot to check the maximum polyphony; will do that.)

Loop alt: trigger to start a sound. Once the sound ends, it will loop from the beginning. Trigger again to stop the loop.

Phrase alt: trigger to start a sound. Once the sound ends, it will stop playing until it’s re-triggered.

Layering: Here’s where things get interesting. You can layer up to three sounds per patch, set volume for each, and even have certain layers trigger at particular velocities. (Betcha some intrepid hacker makes their own GUI editor.)

Watch this video for more on that advanced functionality:

And here’s a quick start on using this for click tracks:

I was scratching my head for a directly comparable product. (There are more sophisticated options that do more, but this is unique in doing one task in a very particular way.)

It turns out, the brand that did this before is Roland / BOSS. And actually, their first effort looks nice – I like that one is a synth. (Maybe a Roland AIRA variant to go with the others is in order?) 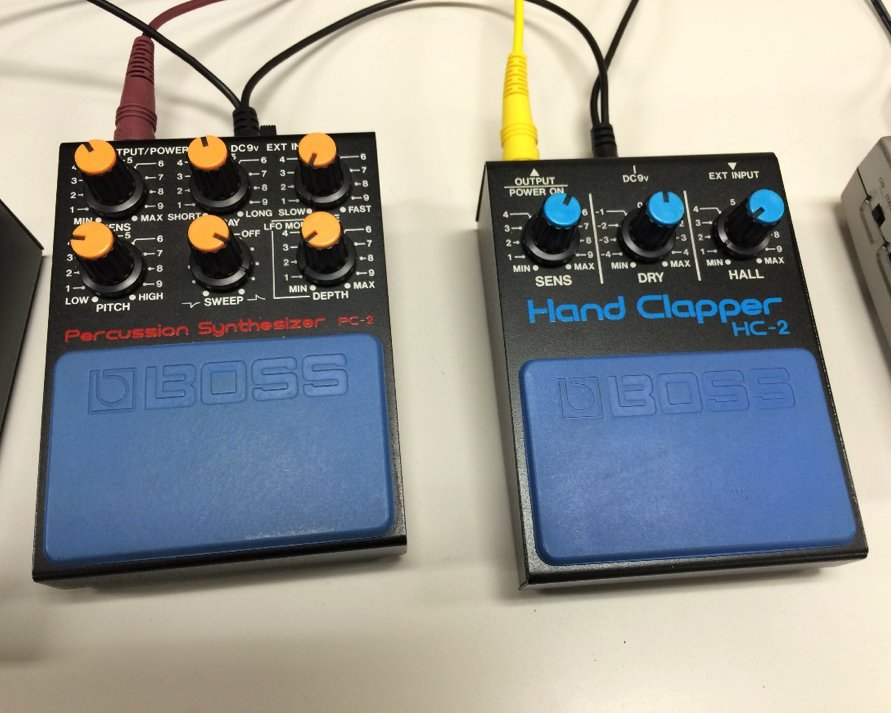 Check out everything at Roland:

Nadia Boulanger has a message for you on music and inspiration

How to ditch the computer and use Octatrack for backing tracks