Arturia AudioFuse: all the connections, none of the hidden settings

After a long wait, Arturia’s AudioFuse interface has arrived. And on paper, at least, it’s like audio interface wish fulfillment.

What do you want in an interface? You want really reliable, low-latency audio. You want all the connections you need. (Emphasis on what you need, because that’s tricky – not everyone needs the same thing.) And you want to be able to access the settings without having to dive through menus or load an application. 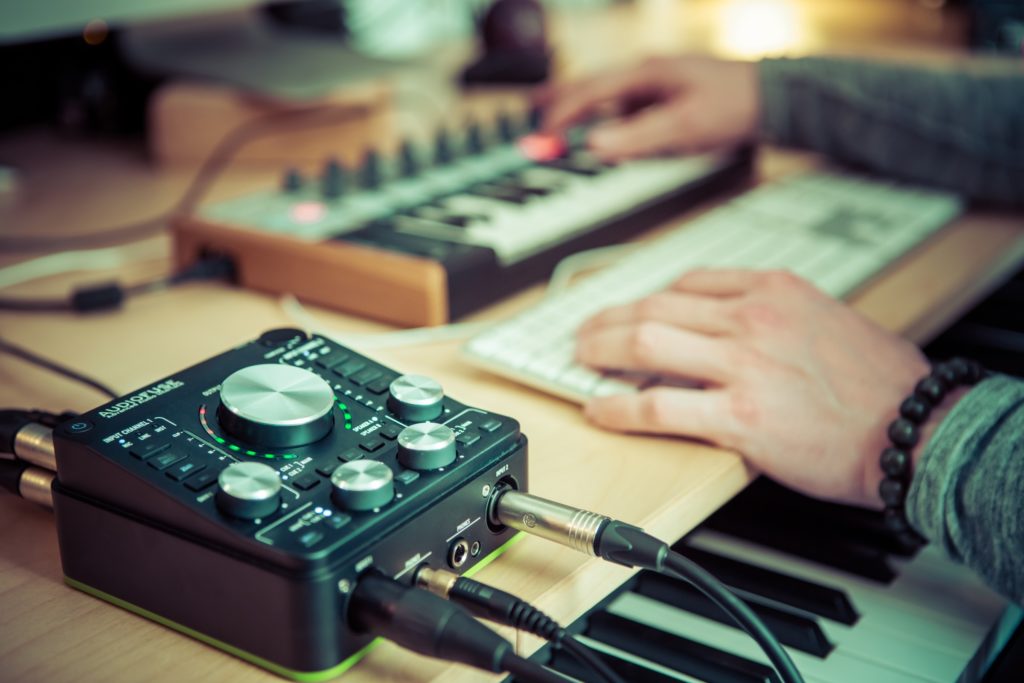 That last one has often been a sticking point. Even when you do find an interface with the right connections and solid driver reliability and performance, a lot of the time the stuff you change every day is buried in some hard-to-access menus, or even more likely, on some application you have to load on your computer and futz around with.

And oh yeah — it’s €/$599. That’s aggressively competitive when you read the specs.

I requested one of these for review when I met with Arturia at Musikmesse in Frankfurt some weeks ago, so this isn’t a review – that’s coming. But here are some important specs. 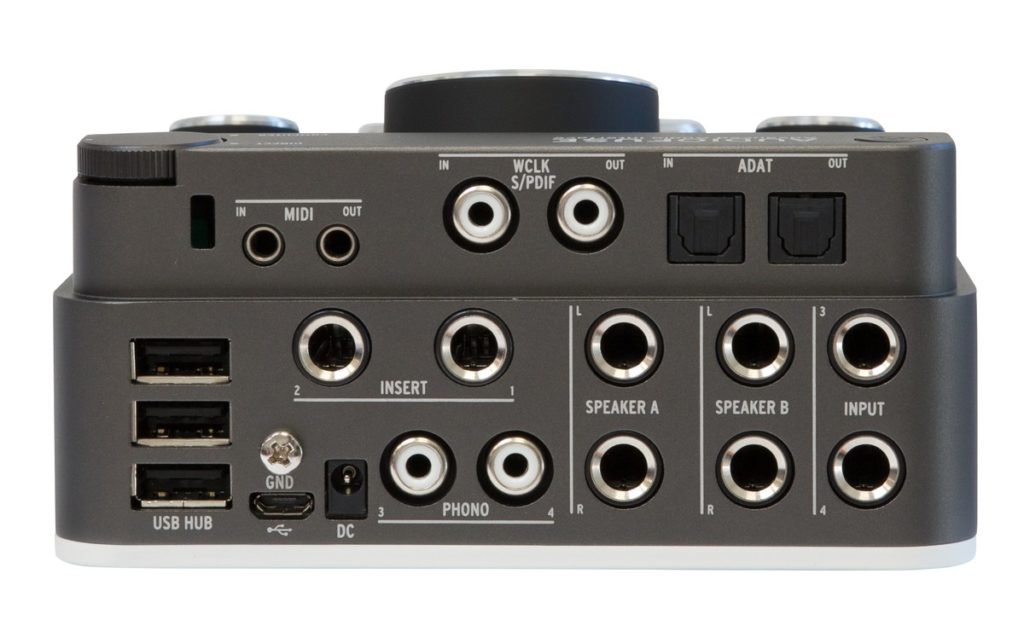 Basically, you get everything you need as a solo musician/producer – 4 outs (so you can do front/rear sound live, for instance), 4 ins, plus phono pre’s for turntables, two mic pres (not just one, as some boxes annoyingly have), and MIDI.

Plus, there’s direct monitoring, separate master / monitor mix channels (which is great for click tracks, cueing for DJs or live, and anything that requires a separate monitor mix, as well as tracking), and a lot of sync and digital options.

It’s funny, this is definitely on my must-have list, but it’s hard to find a box that does this without getting an expansive (and expensive) interface that may have more I/O than one person really needs.

This is enough for pretty much all the tracking applications one or two people recording will need, plus the monitoring options you need for various live, DJ, and studio needs, and A/B monitor switching you need in the studio. It also means as a soloist, you can eliminate a lot of gear – also important when you’re on the go.

Arturia also promise high-end audio performance, to the tune of “dual state-of-the-art mic preamps with a class-leading >131dB A-weighted EIN rating.” I’ll try to test that with some people who are better engineers than I am when we get one in.

Also cute – a 3-port USB hub. So this could really cut down the amount of gear I pack.

Now, my only real gripe is, while USB improves compatibility, I’d love a Thunderbolt 3/USB-C version of this interface, especially as that becomes the norm on Mac and PC. Maybe that will come in the future; it’s not hard to imagine Arturia making two offerings if this box is a success. USB remains the lowest common denominator, and this is not a whole lot of simultaneous I/O, so USB makes some sense. (Thunderbolt should theoretically offer stable lower latency performance by allowing smaller buffer sizes.) 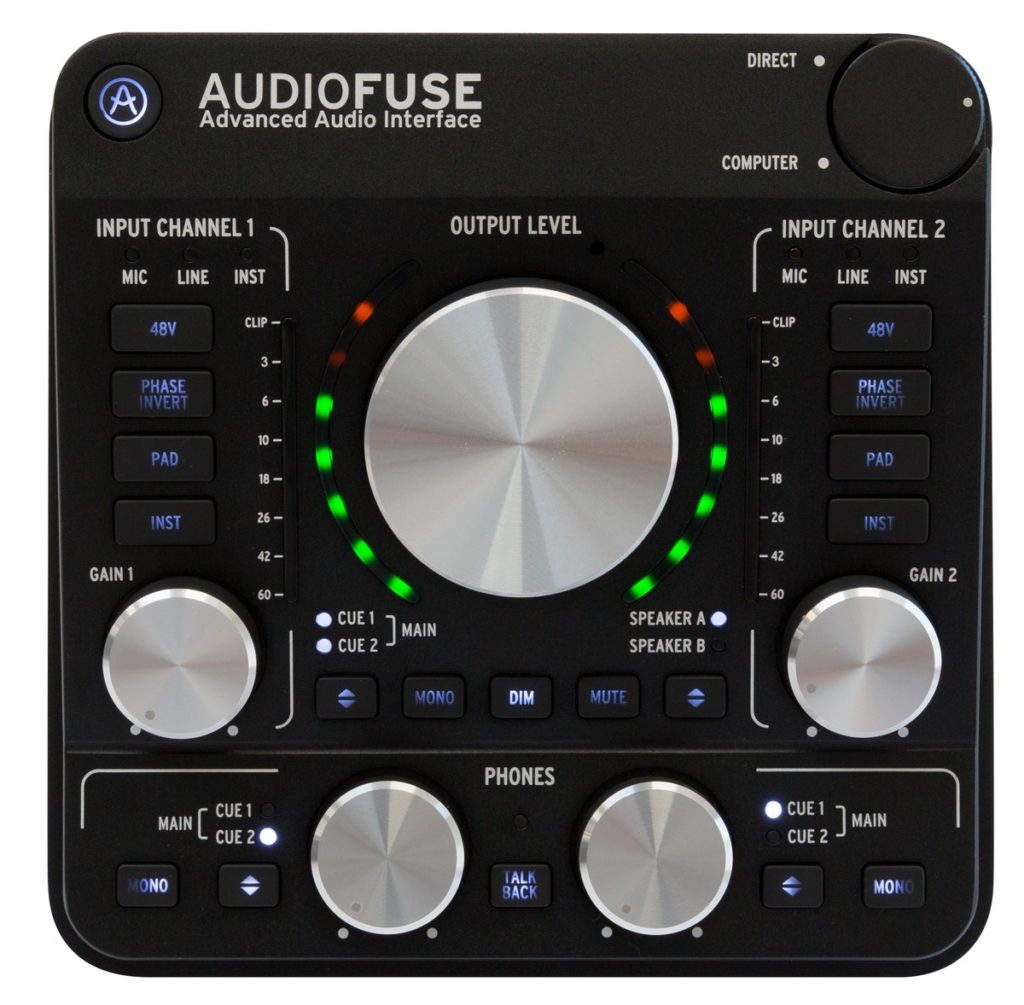 This is a big one. You’ll read a lot of the above on specs, but then discover that audio interfaces make you launch a clumsy app on your PC or Mac and/or dive into menus to get into settings.

That’s doubly annoying in studio use where you don’t want to break flow. How many times have you been in the middle of a session and lost time and concentration because some setting somewhere wasn’t set the way you intended, and you couldn’t see it? (“Hey, why isn’t this recording?” “Why is this level wrong?” “Why can’t I hear anything?” “Ugh, where’s the setting on this app?” … are … things you may hear if you’re near me in a studio, sometimes peppered with less-than-family-friendly bonus words.)

So Arturia have made an interface that has loads of dedicated controls. Maybe it doesn’t have a sleek, scifi minimalist aesthetic as a result, but … who cares?

This is the other thing – there are some great interfaces that lack support for Linux and mobile. So, for instance, if you want to rig up a custom Raspberry Pi for live use or something like that, this can double as the interface. Or you can use it with Android and iOS, which with increasingly powerful tablets starts to look viable, especially for mobile recording or stage use.

Arturia tell us performance, depending on your system, should be reliably in the territory of 4.5ms – well within what you’re likely to need, even for live (and you can still monitor direct). Some tests indicate performance as low as 3.5ms. 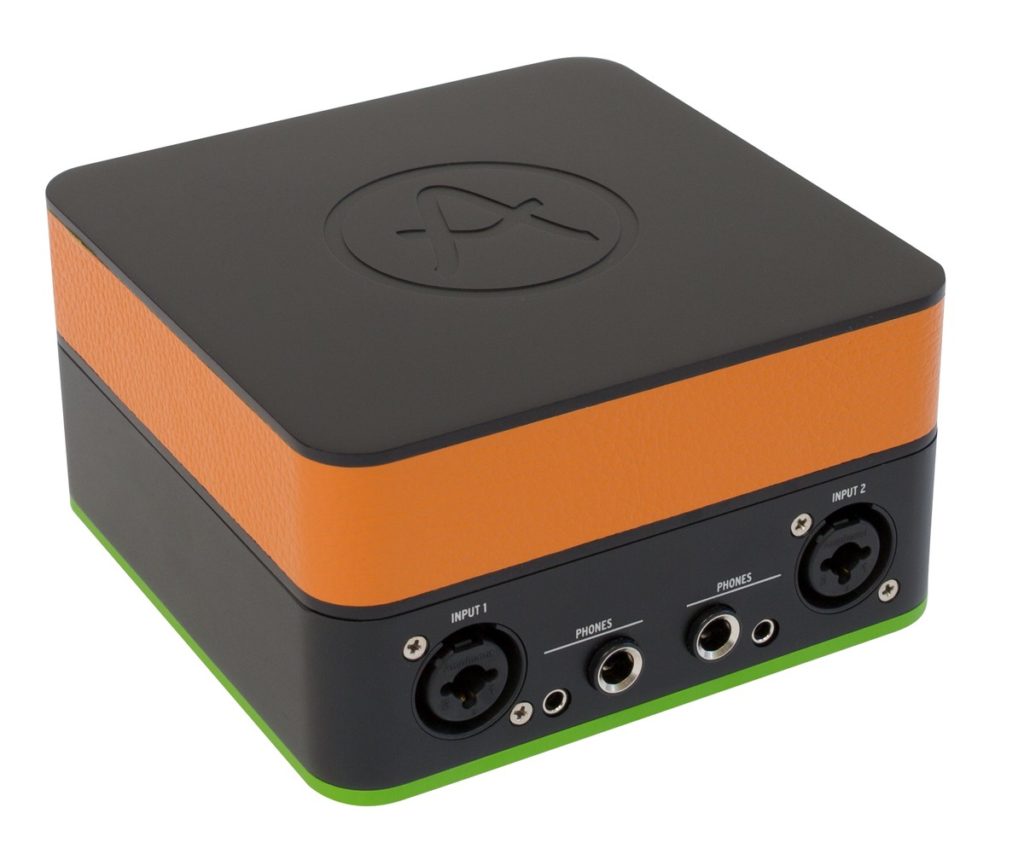 Plus a nice case and cover

Here’s an idea that’s obviously a long time coming. The AudioFuse not only has an adorable small form factor and aluminum chassis, but there’s a cover for it. So no more damage and scratches or even breaking off knobs when you tote this thing around – that to me is an oddly huge “why doesn’t everyone do this” moment.

The lid has a doubly useful feature – it disables the controls when it’s on, so you can avoid bumping something onstage.

I’m very eager to get this in my hands. Stay tuned.