Fantasy Mansion is an EP that’s also a generative, 8-bit circuit with sync

Captain Credible is the latest artist to embrace the idea of releasing his music as circuit board and interactive musical instrument and not just a set of tracks you can hear (erm, stream). So, yes, Fantasy Mansion is a set of tracks if you want it to be. But it’s also an 8-bit instrument.

This isn’t the Norwegian artist’s first go at something like this. But Fantasy Mansion is notable not just because of its adorable vintage video game haunted house looks, but also for some surprisingly sophisticated features – including sync.

This also wins the prize (to my knowledge) of coolest thing to put a download code on. 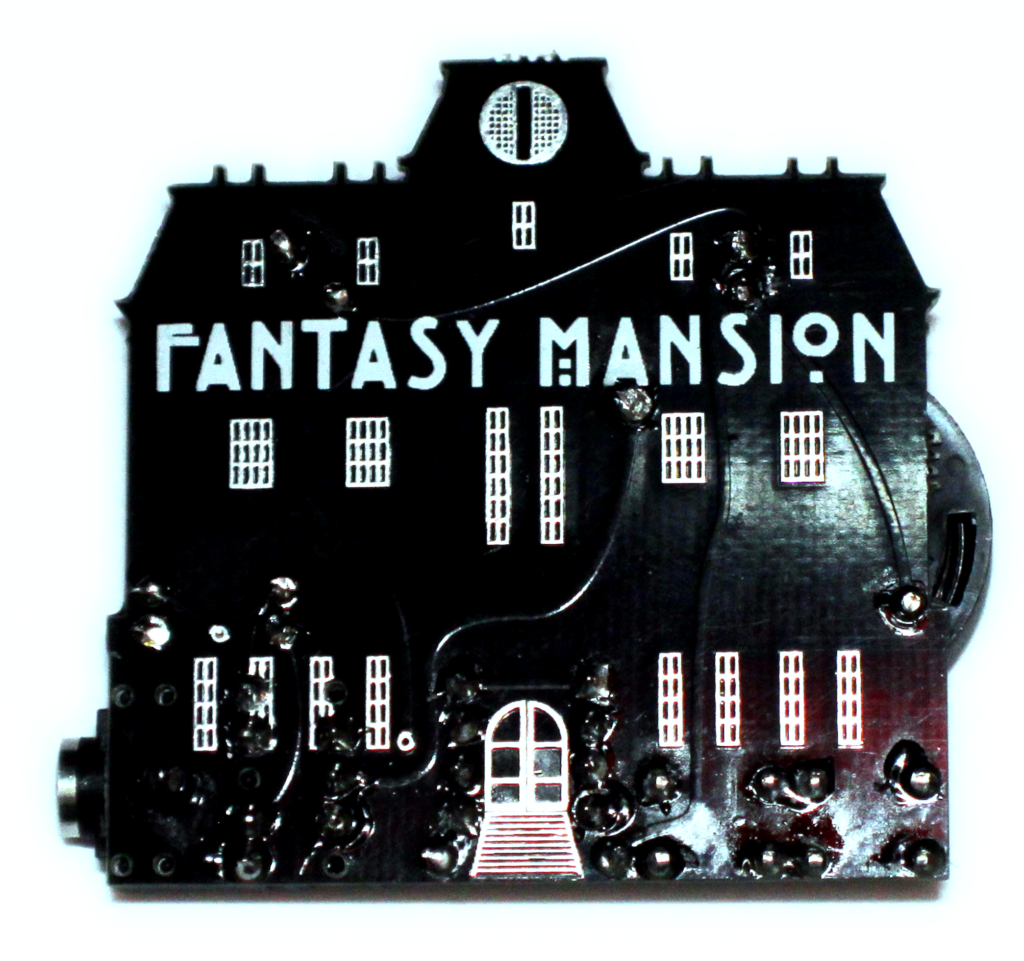 There’s an eight-track (linear) EP, plus the circuit board, with 32 step sequencer and three-part 8-bit sounds.

The instruction copy is hilarious. The board promises to “harvest compositions from adjacent parallel universes using a Perlington demon gate.” In, uh, more pedestrian terms, what you get is a lead melody, bassline, and drum part you can edit. There are parameters for decay and octave, and effects for glitch, repitch, and shuffle, plus a “Theremin” continuous pitch mode. And you get lots of shift functions, organized cleverly around “matter” and “antimatter” modes. (Sometimes that means something as simple as adding or removing steps in the sequencer, sometimes something much weirder.)

The modification features are dubbed “A.I.,” though that’s a bit of a stretch. (Well, one feature is the ability to “fuck up” patterns. I’m for that.)

You can sync send/receive as desired with other gear, making this a nice complement to stuff like the KORG volca series or Teenage Engineering Pocket Operators. 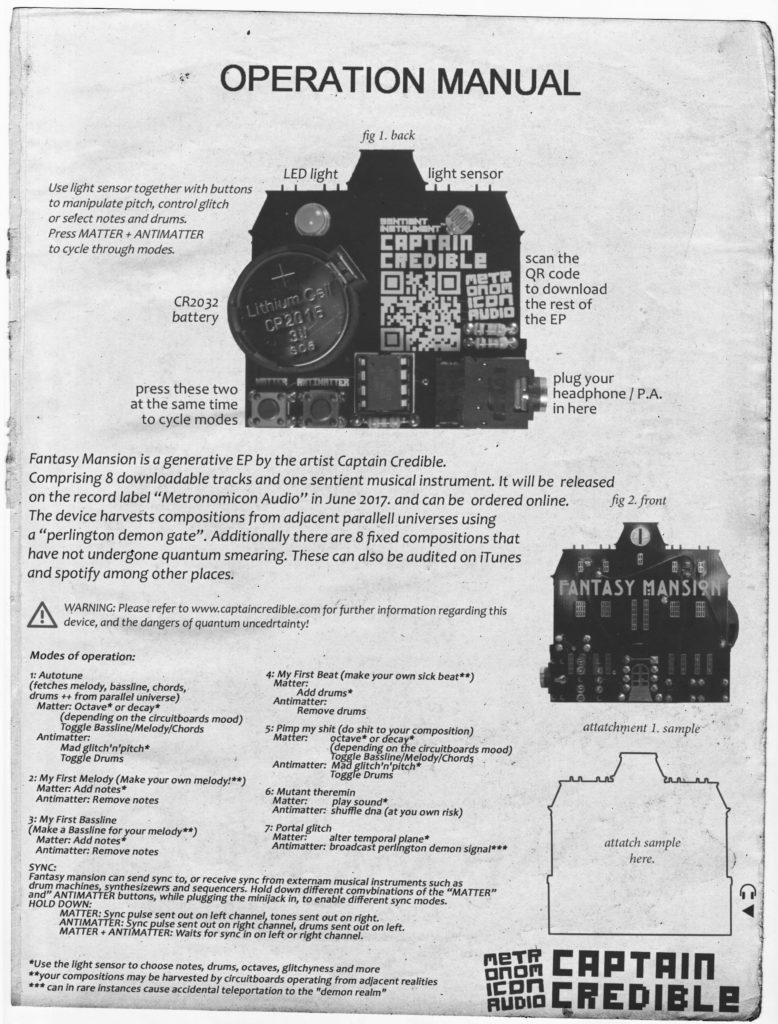 Captain Credible isn’t just a one-trick pony making an 8-bit circuit board and calling it a day. No, he can also be found playing “home made blinking pyramids, motion sensing helmets, candles, lasers and magic crystals.” Yeah. He’s one of us.

There is so, so, so much going on at Captain Credible. There are crazy destructive VST plug-ins. There are live performances. There are workshops and weird inventions, and a section called “Art” where installations are controlled by interactive helmets and powered by candles. If you’re in Norway or nearby, book this guy. If not, move to Norway, find some remote farmland, and start a festival so he can headline.

I’m listening to the music now. It’s surprisingly dreamy (relative to the hyperactive nerdgasm above), shoegaze-to-video game theme-to quirky jams. It’s gorgeous, eccentric, and ingeniously inconsistent, the output of somewhat with a broken attention span and overflowing imagination – in a way to be genuinely thankful for. Maybe it’s not attention span: maybe different dimensions are actually converging, some of them flat video game worlds, some of them introspective Scandinavian emotional odysseys. So enjoy!

Get your notes right on Novation Circuit … what tutorials do you want?