An underground resource brings house and techno back to its roots

Let’s be clear: electronic music is what it is because of a spirit that emanated from people outside of what was popular, not inside. And underground isn’t just about what’s undiscovered. It’s also about people who are too often purposely sidelined: people of color, queer and trans and gay and bi- and lesbian people, people who don’t look like models, people who other people say are weird, people who don’t fit in for all sorts of reasons. Nerds, even. If you’re reading this site, honestly, you’re probably one of those people, if at least for the reason that you might love weird sounds. (It’s okay to love that out loud.)

So when we talk about affirmative action for those groups – yes, including advocating for the broad minority of “weirdos,” a group in which I am in full support – we’re not just doing it out of some kind of imagined political coolness. We’re doing it because the music we love isn’t just about fame and success or even just about skill – though those things can be well and good. They’re also about soul. Call it the soul of freakiness.

If anyone thinks that’s exclusive, you’ve totally missed the point. 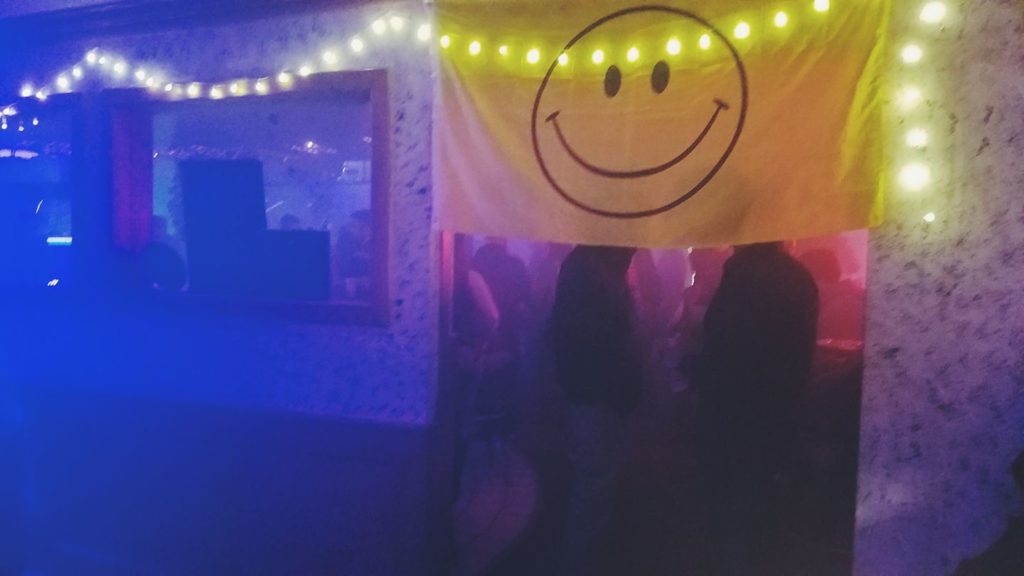 Deep in the underground. Photo: Sequencer.club.

Now, the real-world places for such oddness come and go. They have to be actively renewed each generation, and when it comes to music venues, they rely on fragile networks of people and unpredictable fortune with zoning rules and real estate and law enforcement. (Yeah, be thankful for every party that even starts, let alone finishes before being shut down by noise complaints or some such.)

The good news is, the geographical birthplace of a lot of what we think of in techno and house is making a comeback. The Midwest and Northeast in the USA are finally renewing themselves. People globally are more aware than ever of Detroit, in its history and presence. Cities like Pittsburgh are more vibrant than ever. Even titan New York City, while it still has those idiotic cabaret laws on the books, is far richer than it was seven years ago. (I should know – I moved out right at a relative low point.)

In fact, part of what America needs right now is blogs.

So log out of Facebook for a second, close those tabs for the mainstream electronic music media outlets, and get ready to pour through sequencer.club.

Its soundcasts make a perfect work soundtrack, and its long-form reading is worth reading end-to-end. It’s published not from Berlin, Germany, but Buffalo, New York, bringing you the happenings of the club scene in places like Rochester. (I have a feeling Rochester is not going to get a Resident Advisor profile any time soon.)

The site has features like an exhaustive survey of Detroit, one more complete and more insightful than you’ll get out of larger publications:

The latest release, and the reason I heard about the site at all, comes from Noncompliant, the Indianapolis-based veteran who’s finally getting some notice on the wider scene (former project name: DJ Shiva). Lisa’s mixes are required listening any time you hear someone say “I’m kind of bored with techno.” Seriously, force headphones onto them, Clockwork Orange style, and see if they can say the same after the mix is on.

Yes, there are queer and trans artists front and center – with good reason. There’s a story here, about how the search for musical expression was tied up with loving and looking in a way that didn’t fit with the society around them. This is a story worth following, though, because it’s about the music we all love – and it’s a story with a happy ending.

As Jarvi puts it:

“I love music because it saved my life. It can say everything I can’t put into words. The music itself doesn’t judge me, it guides me. Without music I would never know the rave scene. I would never have found my chosen family in the underground where you can be anyone you want to be, as freaky and weird and out there as you want. Like-minded individuals all there together because the world doesn’t see us as the creative and beautiful individuals we are. PLUR forever.”

Yeah, that’s obviously more than a cool wristband – I know when a lot of people say “music saved my life,” they mean it literally, and even if you do nothing more than write manuals for synthesizers, that’s something you should think about every morning when you get up to go to work.

Jarvi’s mixes are terrific, but I love these raw, powerful tracks, so let’s embed those:

On that same topic, I know that while so-called identity politics speak to certain sets of people, mental health is essentially a universal need, and one uniquely bound up with music making. So, just as Maya Bouldry-Morrison aka Octo Octa’s profile deals with being trans, it also touches ways in which music helped deal with anxiety. As she tells the site:

“If I’m just having a hard day for no apparent reason then my self-care is to clean my apartment, work on music, take a bath, and maybe go for a walk to clear my head. It may or may not work, but trying anything beyond just shaking and thinking about how screwed I am helps.”

Well, I imagine Maya’s mix might contribute to self care for all of us, too. I totally love this mix:

Also, for anyone who’s unclear about why it’s important to some people to have defined spaces, and to choose those environments, she speaks to that:

I’m especially happy right now being more involved in the queer community. I’ve identified as queer since I was a teenager, but since I never came out to my parents my queerness wasn’t something that I would publicly discuss. Therefore I also wasn’t seen as someone who was queer and I wouldn’t necessarily be invited to play queer parties even though I really wanted to. They were the spaces I felt the most comfortable in.

There’s a lot more as far as music and philosophy in that interview, so do give yourself time to read the whole thing:

The site also has profiles of amazing musical humans who happen to be “true Detroiters” like Bruce Bailey. Bruce’s mix I think could heal any damaged heart with grooves:

By the way, there is as always a deep dialog going on between cities in Europe and the heartland USA. So, sure, someone like Kamal Naeem may be in Berlin now, but he keeps in touch with his upstate New York roots, those hills where the Moog synthesizers were born (and where he started the superior label Blank Slate).

Check out his profile and mix, too:

Actually, just go read the whole damned site end to end, which is more or less what I’m doing now, but one last signal boost for this absolutely essential story:

And some final inspiration, from Detroit’s wonderful Erika: 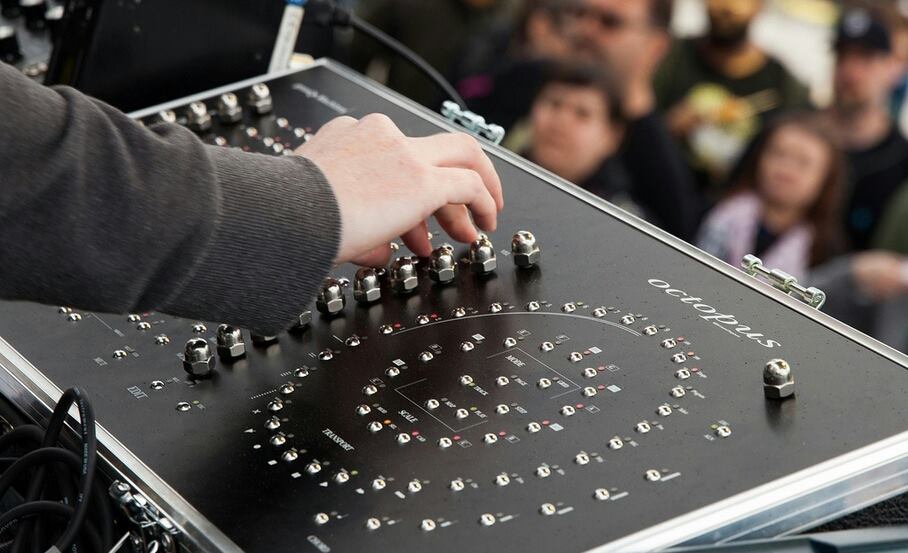 “Letting go and dancing is a fundamental human thing that we’ve been doing for thousands of years – seeking a trance state through which to let go. It’s not about being a man or woman, it’s about being an animal trying to have a transcendental experience.” – Erika

Someone tried redesigning Ableton Live, and he’s getting lots of attention

Cableguys are showing some amazing tips for their shaper plugins

artists
GEMA is a delay pedal effect-synth that rumbles like an earthquake, by Senyawa x Squaresolid
artists
Animistic technology: MusicMakers Hacklab CTM Festival flashback…
artistsinspiration
Vangelis has died at 79, as the electronic music world mourns
artists
The best way to integrate Ableton Live and Eurorack modular – for any rig