Elektron’s Analog series are getting the OLED screen, updated pads, and new aluminum enclosure design that the Octatrack MKII and Digitakt did. Bonus: new Analog Four synth circuitry, and Analog Rytm for the first time does sampling.

Both Analog models get the higher-quality OLED display and new pad and encoder design that first debuted on the Digitakt. But it seems Elektron are also giving the Analog models a style all their own. The aluminum chassis is in a distinctive gray color and tilts up.

In fact, it’s really increasingly feeling like the Octatrack got the short end of the stick. And given the passion of fans of that model – particularly because it’s uniquely suited to going all-hardware live and replacing a laptop – I think the existing disappointment from fans is likely to grow louder. The Octatrack MKII doesn’t have this nice new case design. And there are no software updates or new features. And there’s no Overbridge support (for integration with a computer) – or even something as simple as USB MIDI support. (Now, I’m not negging you, Elektron – an OS update would make that same crowd happy campers, I suspect.)

That said, there’s not much to complain about on the Analog Four and Analog Rytm side – and indeed, here there may be pretty good reason for existing users to update, particularly with sampling on the Rytm. 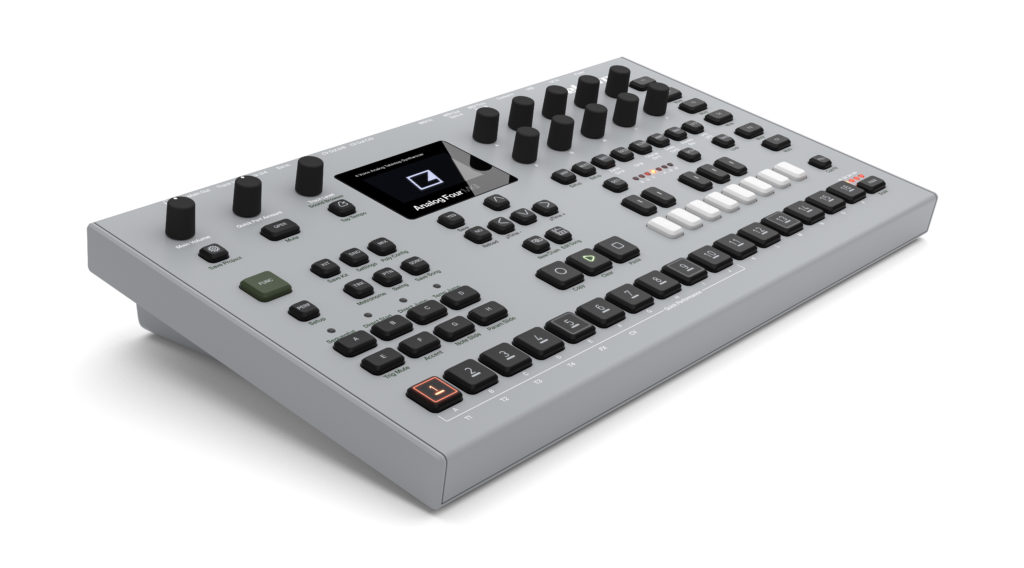 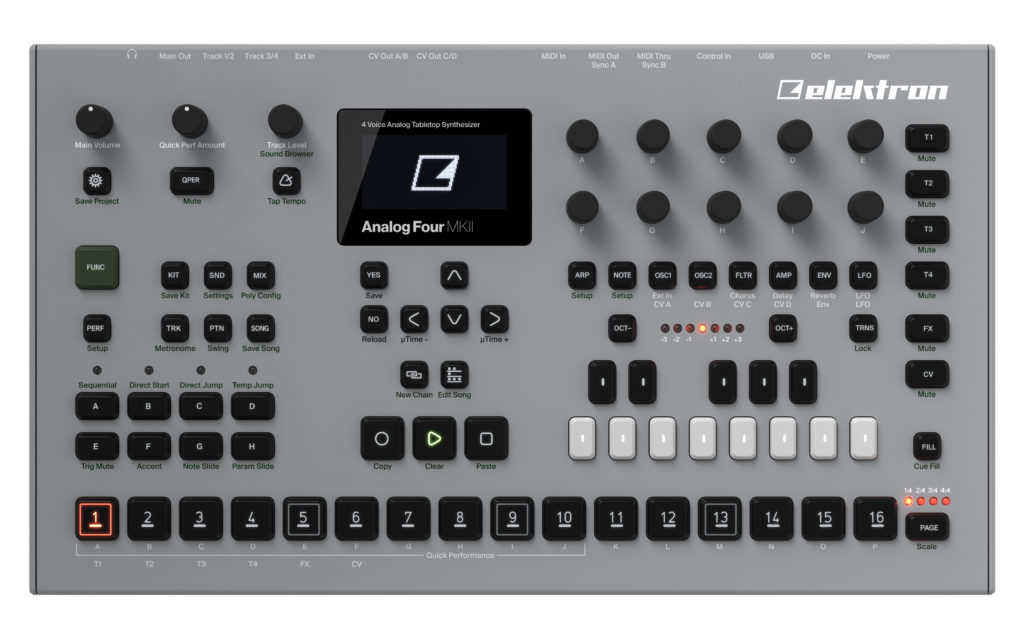 The analog synth in Elektron’s lineup gets the physical updates just as everything else, including more quick-access performance controls.

Most of the rest is about sound:

Elektron promises “reworked” circuitry for the bass, plus “enhanced” overdrive. Deeper? More defined? More bite and growl? Uh, well, something. We’ll have to hear these in person to judge.

You also get more I/O – stereo audio outputs for each voice, expression and CV inputs for external control, and even higher-bandwidth Overbridge.

All of this would seem to come together in a nice package, one that should look and feel and sound at least a little better than the original. Now, whether that means you should upgrade or not depends on how much better it sounds, and what difference you can get between selling your used model and buying the new one. 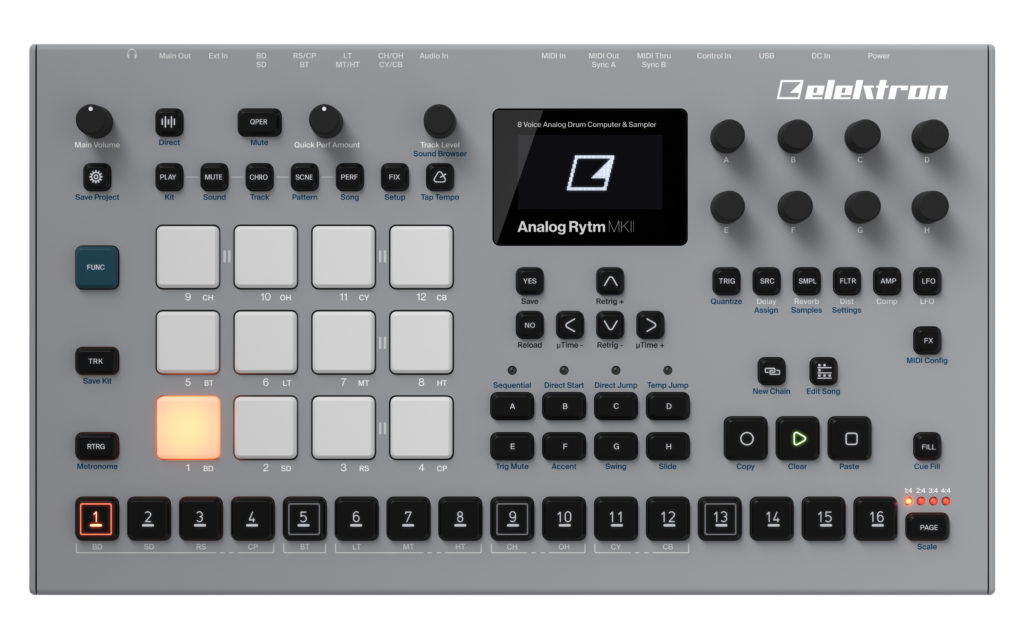 That’s probably going to outweigh anything else we could say about the Analog Rytm. So, all the MKII stuff is true here, too – better encoders, better display, more performance controls (less menu diving/shifting, that is).

And you get Expression/CV inputs as on the Analog Four and higher-bandwidth Overbridge.

But the big breakthrough has to be sampling. You have balanced sampling inputs on the device and can sample directly on the hardware. That would open up lots of new creative ways of working – grabbing an idea off a synth, for instance, without the usual chore of going via the computer.

There’s not a lot of information here and Elektron haven’t yet posted a manual, but this sounds promising.

As a product developing company, you always have to keep on pushing forward. You can never stop or rest or think that things are pretty good as they are or that you should keep it lagom (Swedish expression). If you do any of this, you go backwards and then the risk is that there will be no more company. I’m super proud to be a part of this and I’m counting my 18th anniversary of being involved with Elektron this year. Creating, realizing and bringing forth creative musical instruments into this shaky and fragile world is the best thing ever. These two new updated products announced today, MKII versions of our hugely acclaimed analog synth and drum machine, represents a pinnacle in modern analog and digital hybrid design in musical synthesizers. Nothing beats this.

I wouldn’t normally post something like that, but it’s interesting to hear an employee talk personally, outside of the usual PR speak. Now, that’s some proper bragging, so let’s see if the MKIIs live up to that!

Tool to make music from Leap Motion gestures is free, VR could be next

SoundCloud cuts 41% of staff as streaming music business melts down