No one can fault the D-50 — erm, “D-05” — for authenticity. Roland’s latest Boutique Series basically is a shrunk-down version of the original.

First, the D-50. The 1987 creation is about as mainstream as any synth, ever – a mainstay of pop and soundtracks, friendly and easy to please both in interface and sounds. And it’s fully digital, the epitome of the 80s digital keyboard. The actual sound generation method, though, is a tradeoff, one Roland confusing called “Linear Arithmetic synthesis.” Translation: “we use some maths, and make sounds by sticking things together.” (Not to be confused with “non-linear arithmetic,” which is how I tried to fail out of physics and calculus in high school. Doh!) 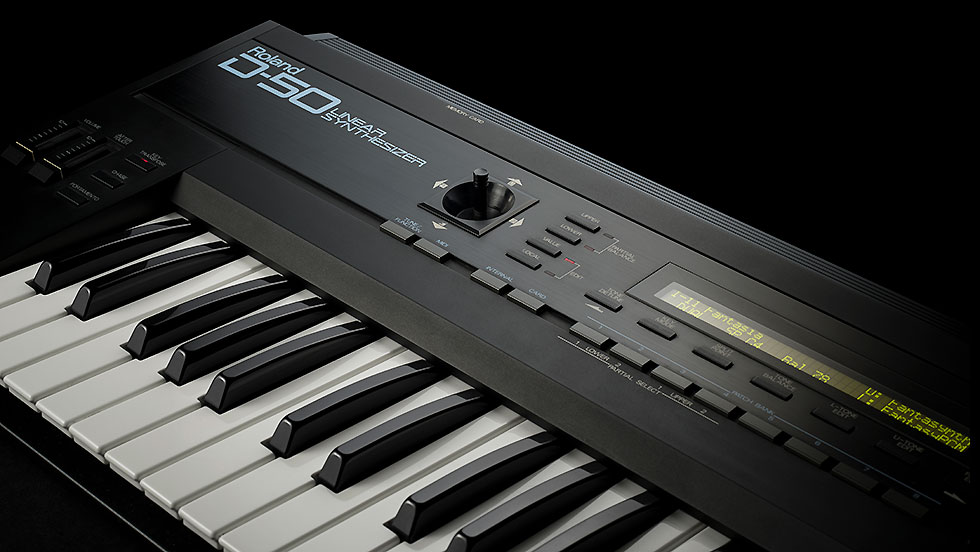 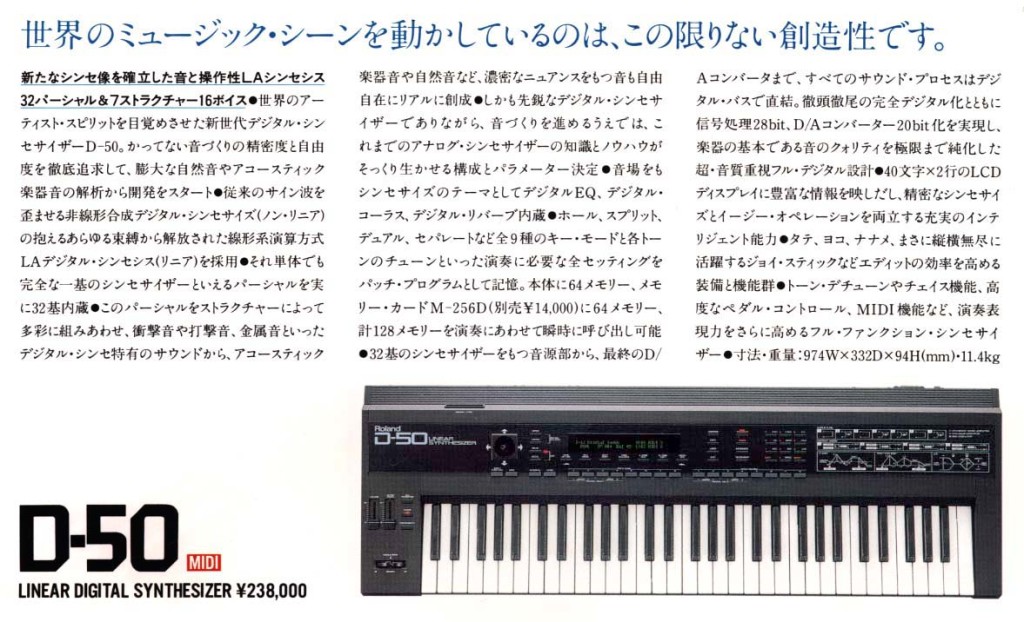 Basically, the D-50 uses a combination of small digital samples, which can either be on the attack or looped, and subtractive synthesis (which is now digital, not analog). So you get the bite of a sample, then something that sounds more like an analog synth. So you can’t complain about Roland going digital with this Boutique – the original was, too.

But Roland is offering some new jargon, in the tradition of Roland jargon: 2017’s D-05 has “Digital Circuit Behavior.”

That’s obviously meant as the corresponding term to the other Boutique’s “Analog Circuit Behavior.” But that’s a term used to describe modeling component-by-component variability of analog electronics. These components don’t always behave exactly the same way. Digital circuits and code is another animal. You can still do what Roland did with the analog originals, by going back to original specifications and even talking to original engineers. But you’re not modeling the behavior of circuits in that case, in the same way; you’re actually reproducing digital sounds, code, and exact specifications. (Digital circuits do vary, but the state of that variation at some point is what we call “broken.” It’s binary, literally.)

Anyway, we can translate “linear arithmetic” as “it’s digital and it uses samples and synthesis,” so we can say “Digital Circuit Behavior” translates to “it’s basically 1987 in a smaller box.”

So what is this thing, actually – and why would you want it? 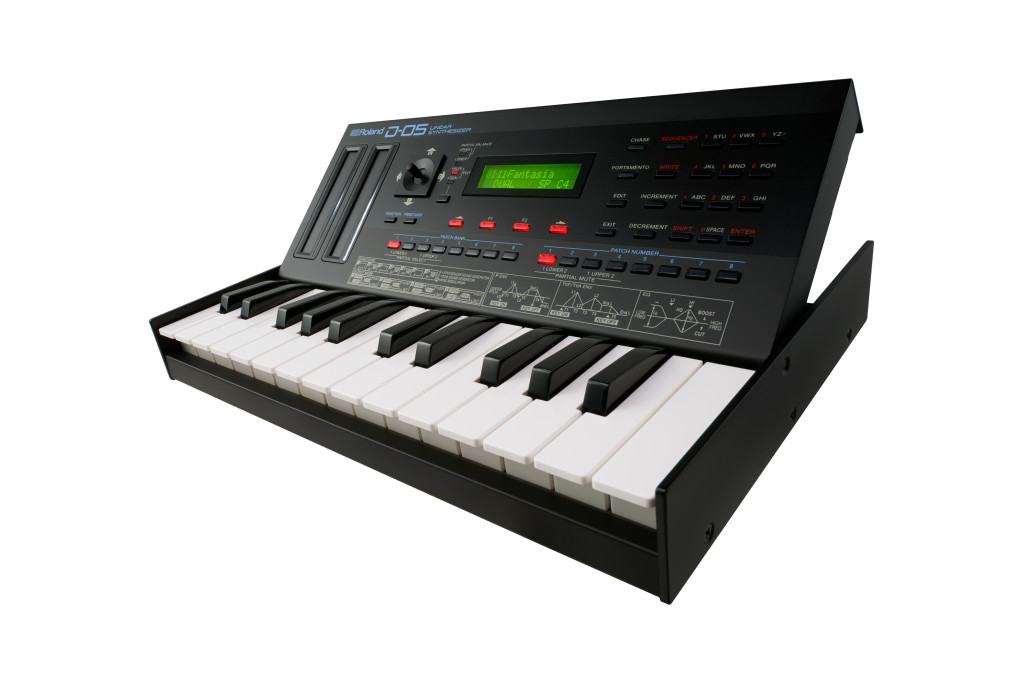 Since there are lots of ways to get D-50 sounds, Roland weirdly has a high bar for authenticity – that is, there has to be a reason you’d go buy this as dedicated hardware. The answer to that: exact copies of physical controls, exact copies of sounds, and then enough extras to make it fun.

As on the original, you also get chorus, reverb/delay, and EQ – presumably also the same as the original, though I need to check that. So while digital circuit “behavior” doesn’t really describe this, it looks as though the D-05 should be essentially the D-50’s original digital guts, repackaged. 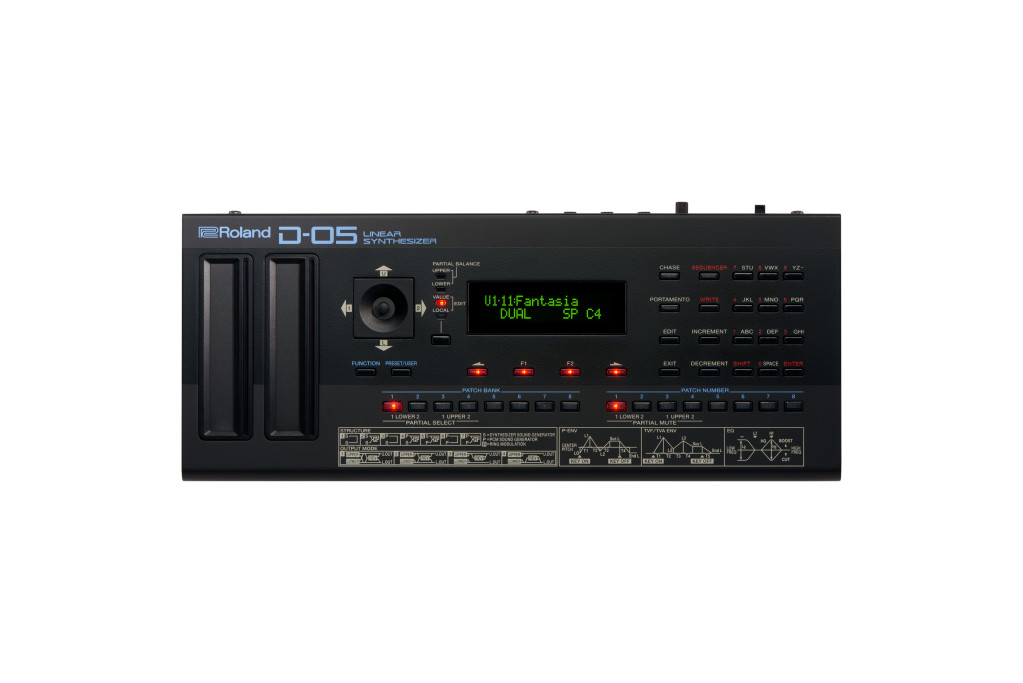 What’s new on the D-05? Well, apart from the smaller form factor, of course, you get some usual Boutique extras. There’s a 64-step polyphonic step sequencer with shuffle and gate, plus tempo and patch changes. And there’s a built-in arpeggiator. For people wanting late 80s sounds, then, this might actually be the Boutique to get, leaving vintage acid and synthesis to someone else.

Would anyone want a D-50? Well, maybe. The D-50 is the sound of a lot of late 80s TV, film, and pop. And it wasn’t a bad idea – sample the attack, then synthesize the rest, for a particular sound.

I just doubt that the D-05 will see anywhere near the popularity of the Juno and Jupiter remakes, let alone the wildly popular 909, 808, 303, and now 101. If I had to buy two boxes write away, I’d opt TR-08 and SH-01A, no question, for playability, sonic distinctiveness, and interesting step sequencing possibilities. And I’ve been surprised at the utility I’ve gotten from my TB-03 in particular, starting with its step sequencer and delay.

Anyway, a few people guessed this was coming.

Now the challenge to Roland: use that convenient form factor to make something new, the way KORG did with the volca. (Case in point: finally got my hands on a volca kick, which repurposes the MS-20 filter to make a playable bass synth and kick drum instrument. Roland tried this with the A-01 and missed – and this is partly dependent not just on the manufacturer, but on us consumers to reward them for originality. So this is on all of us. But I do hope, uh, together we can make something happen.)

I’m keen, meanwhile, to get hands on the TR-08 and SH-01A. Vintage models can still be a great way of finding new sounds. Stay tuned.

Side note: You’d be forgiven for failing to notice, but Roland Cloud offered the same D-50 model (apparently, or something like it) as a plug-in, and even the term “Digital Circuit Behavior.” That’s available as a plug-in:

Outside Roland, some soundware makers have also recreated D-50 sounds, of course – minus the Roland name.

What to know about NI’s new Maschine, Komplete Kontrol hardware

Here’s how MeeBlip can get you started with hardware synths

keyboardssynths
Inside KORG’s Modwave – sound design tips for this upcoming wavetable synth
synths
Everything new in Arturia MicroFreak 3 update, as a wild little synth gets deeper
synths
Those new Sequential Prophets just got desktop versions
Roland
Roland Verselab MV-1 combines drum machine, looper, melody, vocals
We use cookies and other tracking technologies to improve your browsing experience on our site, show personalized content and targeted ads, analyze site traffic, and understand where our audience is coming from. By choosing I Accept, you consent to our use of cookies and other tracking technologies. Please read our Privacy Policy.