Ivy is an epic 240-step hardware sequencer as sound installation

Don’t even think of trying this at home, kids. It looks like a nightmare build – that’s just 240 sliders alone. But in action, you can watch dazzling parades of red LED lights as they make their way across its expanse. The project is called “Ivy,” and it’s the creation of Moscow’s Dmitry Morozov, aka vtol (an artist moniker named after the vertical-takeoff-and-landing aircraft).

That’s impossibly costly and impractical, so this flies way past the more luxurious step sequencers we’ve seen of late (like Polyend’s seq or Koma’s Komplex. Behold its glitchy, bleepy dance:

While the scale is overwhelming, there’s one really clever sequencer idea that you could copy. While there’s just one big array of sliders, Ivy has multiple voices – hence you see more than one light blinking its way across the array. And those voices can be independent, added and removed at will and each with assignable tempo. 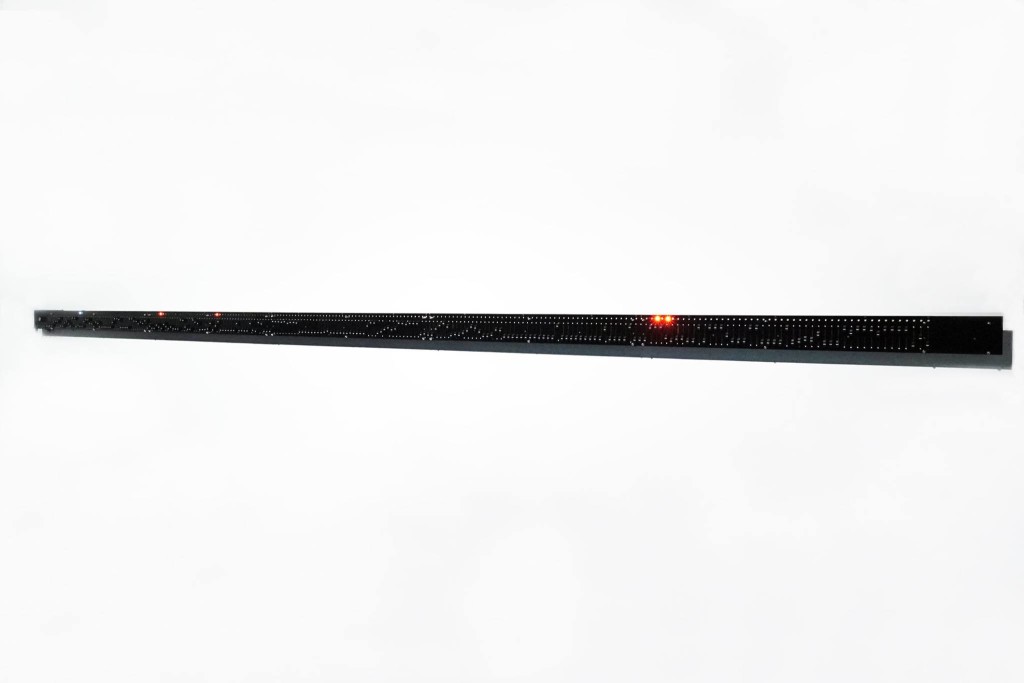 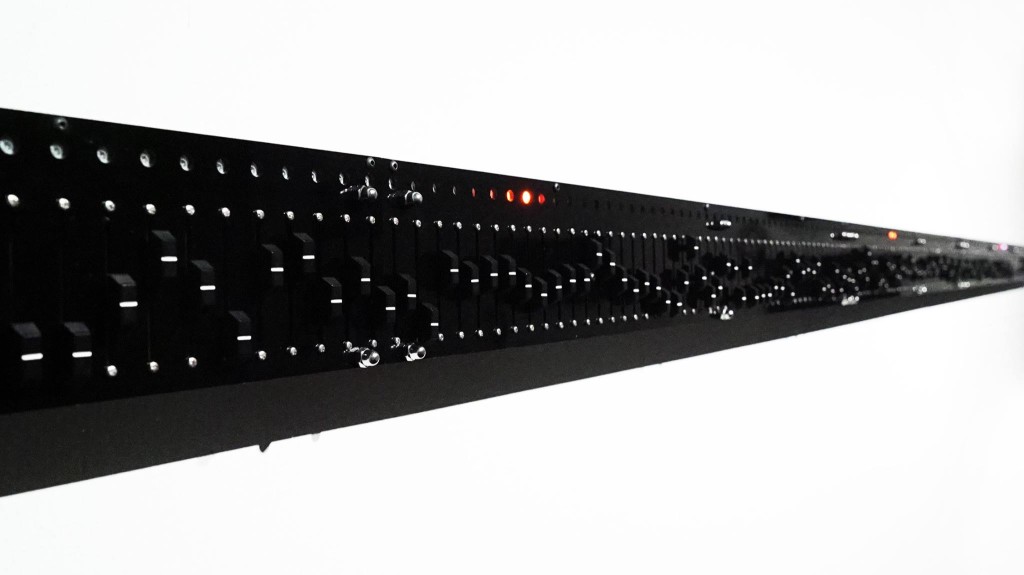 There’s some philosophical background to this, too. The installation interprets the “Open Codes” theme of a new exhibition at ZKM – Zentrum für Kunst und Medientechnologie (Center for Arts and Media technology) in Karlsruhe, Germany:

On one side, Ivy is a representation of an archaic method of electronic music programming for analog synthesizers. On the other side – gigantic scale and obsessive multiplication of simple primitive elements turns this project into an art installation, that is referring to the topic of graphic and physical organization of parameters in electronic music.

Ableton and Native Instruments should worry about the DJS-1000

Max/MSP
Cycling ’74 asked artists to make a collaborative Max drum kit – and shared the patches
art
Ars Electronica, in scale from microcosm to epic, examines a planet on the edge
art
Locally sourced: you can now run Stable Diffusion AI art generation on your M1 Mac
DIYElectronics
A bubble wrap-popping organ, by Simone Giertz and team, is sure to be your new favorite thing