We’re gathering with top digital media artists this week – and you can tune in. Here’s a preview of their work, on the eve of Lunchmeat Festival, Prague.

Transmedia work and live visual performance exist at sometimes awkward intersections, caught between economies of the art world and music industry, between academia and festivals. They mix techniques and histories that aren’t always entirely compatible – or at least that can be demanding in combination. But the fields of media art and live visuals also represent areas of tremendous potential for innovation – where artists can explore immersive media, saturate senses, and apply buzzword-friendly technologies from AI to VR in experimental, surprising ways.

Our goal: bring together some artists for some deep discussion. And we have a great venue in which to do it. Prague’s Lunchmeat Festival has exploded on the international scene. Even sandwiched against Unsound Festival in Krakow and ADE in Amsterdam, it’s started to earn attention and big lineups, thanks to the intrepid work of an underground Czech collective. (The rest of the year, the Lunchmeat crew can usually be found doing installations and live visual club work of their own.)

Heck, even the fact that I’m stumbling over how to word this says something about the hybrid forms we’re describing, from live cinema to machine learning-infused art.

Since most of you won’t be in Prague this week, we’ll livestream and archive those conversations for the whole world.

Follow the event on Facebook for the schedule and add CDM to your Facebook likes to get a notification when our video starts, and stay tuned to CDM for the latest updates.

To whet your appetite (hopefully), here’s a look at the cast of characters involved: 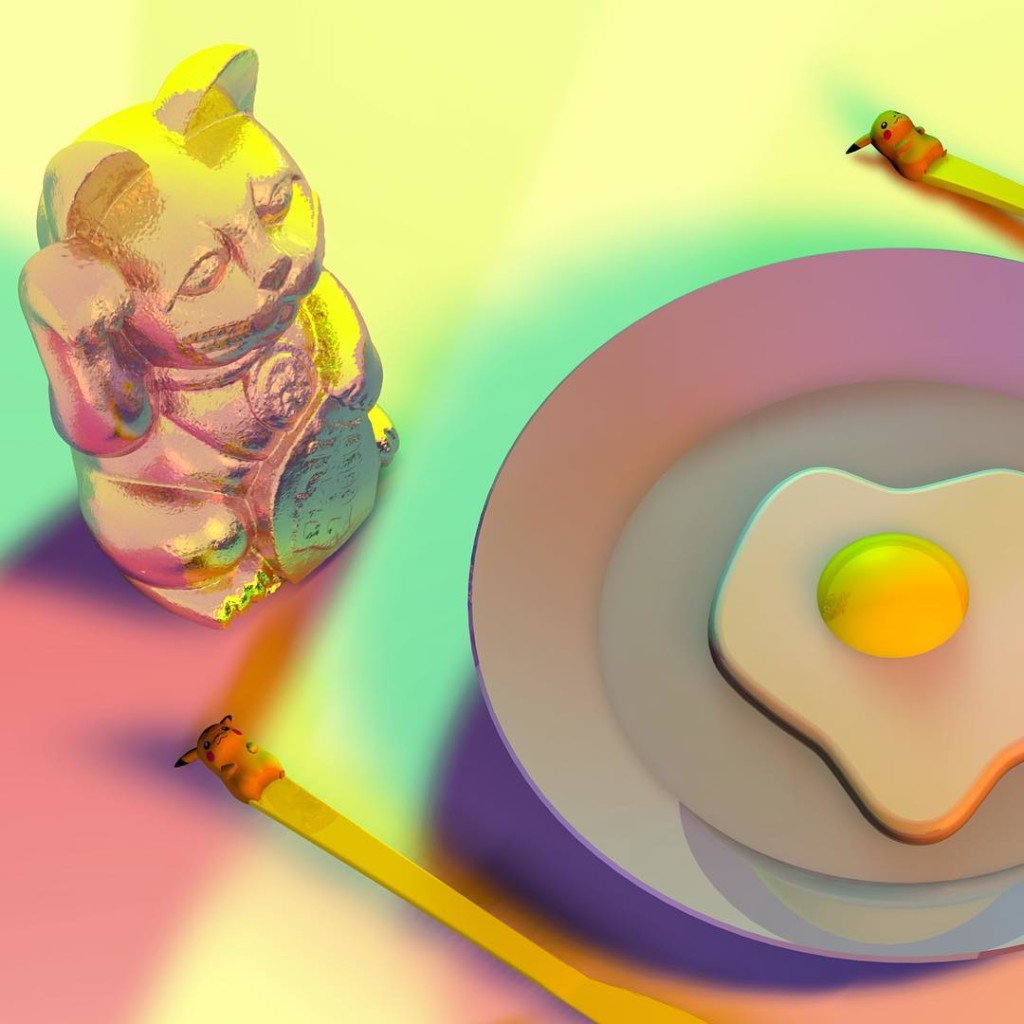 Let’s start for a change with the home Prague team. Katerina is a great example of a new generation of artists coming from outside conventional pathways as far as discipline. She graduated in architecture and urbanism, then shifted that interest (consciously or otherwise) to transforming whole club and performance environments. She’s been a VJ and curator with Lunchmeat, designed releases and videos for Genot Centre (as well as graphic design for bands), then went on to co-found LOLLAB collective and tour with MIDI LIDI.

Don’t miss her poppy, saturated, post-Internet surrealism – hyperreality with concoctions of slime and object, opaque luminosities and lushly-colored, fragmented textures. (I can rip off this bit of the program; I wrote it originally!)

Oh yeah, and she made this nice teaser loop for this week’s festivities:

Turn that saturation knob all the way down again, and step into the world of Stroboscopic Artefacts. Ignazio is the visual imagination behind all of that label’s distinctive look, from album design (as beautifully exhibited) to videos. He’ll be talking to us about that ongoing collaboration.

In addition, Ignazio is doing live visuals for a fresh project. Allow me to quote myself:

Roots in Heaven, a label owner and accomplished solo artist hidden behind a mesh mask and feathers, joins visualist Ignazio Mortellaro to present a new live audiovisual work. This comes on the heals of this year’s Roots in Heaven debut record “Petites Madeleines” (a Proust reference), out on K7! offshoot Zehnin. The result is a journey into “concentrated sensory impression” in sound, light, and sensation.

One of the goals Lunchmeat’s curators and I discussed was elevating the visibility of people working on visual materials. But unlike the ‘front man’/’front woman’ role of a lot of the music artists, the position some of these people fill goes beyond just sole artist to broader management and production. Maybe that’s even more reason to pay attention to who they are and how they work.

Greg Eden, who’s at Lunchmeat with Clark, is a great example. With a university physics degree, he went on to Warp, where he developed Clark and Boards of Canada. He’s now full-time managing Clark, and in addition to that … uh, full time job … manages Nathan Fake (with visuals by Flat-e) and Gajek and Finn McNicholas.

Visuals are often synonymous with just “something on a projector,” live cinema-style. But Clark’s show is full-on stage show. For the stage adaptation of Death Peak, the artist works with choreographer Melanie Lane, dancers Kiani Del Valle and Sophia Ndaba, and lights from London’s Flat-E. Think of it as rave theater. That makes Greg’s role doubly interesting, as someone has to pull all of this together:

The collaboration between Novi_sad and Ryoichi Kurokawa is one of the more important ones of the moment, its nervous, quivering economic data visualization a fitting expression of our anxious zeitgeist. Here’s a glimpse of that work:

Ryoichi Kurokawa and Novi_sad have worked together to produce an audiovisual show in five etudes that produces a dramaturgy of data, weaving the numbers of the economic downturn into poignant, emotional narrative. Data and sound quiver and dematerialize in eerie, mournful tableaus, re-imagining the sound works of Richard Chartier, CM von Hausswolff, Jacob Kirkegaard, Helge Sten, and Rebecca Foon. Novi_sad is self-taught composer Thanasis Kaproulias, himself coming not only from the nation that has borne the brunt of Europe’s crisis, but holding a degree in economics. As a perfect foil to his sonic landscapes, Japan’s Ryoichi Kurokawa has made a name in expressive, exposed digital minimalism.

Ben Frost is already interesting from a collaborative standpoint, having worked with media like dance (Chunky Move, Wayne McGregor). The collaboration with MFO brings him together with one of Europe’s leading visual practitioners; Marcel will join us to talk about that but hopefully about his work for the likes of Berlin Atonal Festival, as well.

MFO has also designed the visuals for the sensational Jlin, but Theresa Baumgartner is touring with it – as well as working on production for Boiler Room. So, we have Theresa joining us from something of the in-the-trenches production perspective, as well.

VJing and live cinema are rooted in conventional compositing and processing. Even when they’re digital, we’re talking techniques mostly developed decades ago.

For something further afield, Gene Kogan will take us on a journey into deep generative work, machine learning and the new aesthetics that become possible with it. As AI begins to infuse itself with digital media, artists are indeed grappling with its potential. Gene is offering talks and workshops both here at Lunchmeat and at Ableton Loop next month, so now is a great time to check in with him. A bit about him:

Gene Kogan is an artist and a programmer who is interested in generative systems, artificial intelligence, and software for creativity and self-expression. He is a collaborator within numerous open-source software projects, and leads workshops and demonstrations on topics at the intersection of code and art. Gene initiated and contributes to ml4a, a free book about machine learning for artists, activists, and citizen scientists. He regularly publishes video lectures, writings, and tutorials to facilitate a greater public understanding of the topic.

I’ll be reviewing the resources he has for artists soon, too, so do stay tuned. 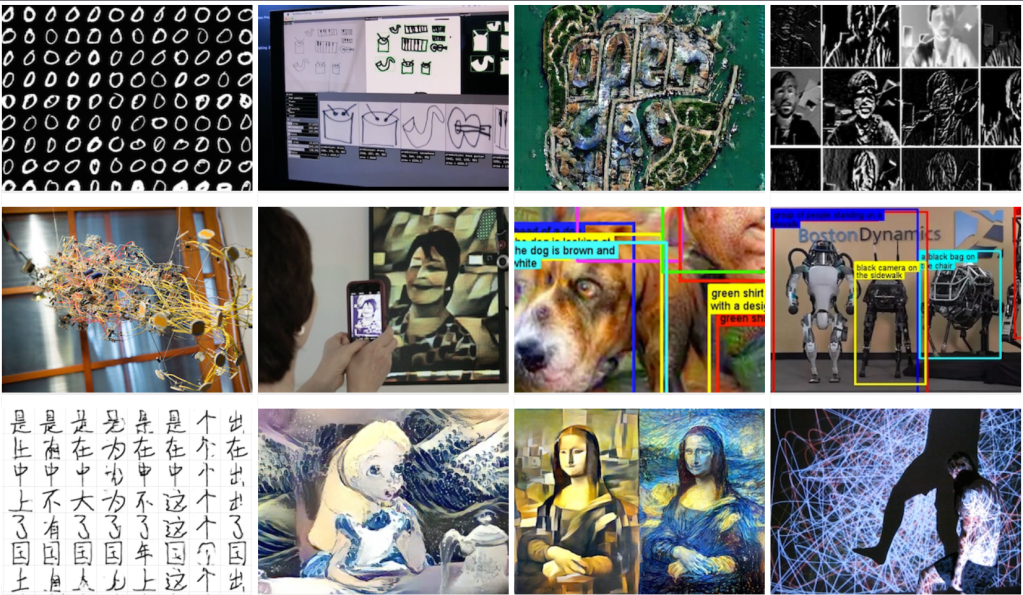 Also coming from Prague, Gabriela has been guiding the INPUT program for Lunchmeat this fall, as well as being one of my collaborators (our installation is part of the exhibition this week). Its contents are mysterious so far, but a live AV work with Gabriela and Dné is also on tap. 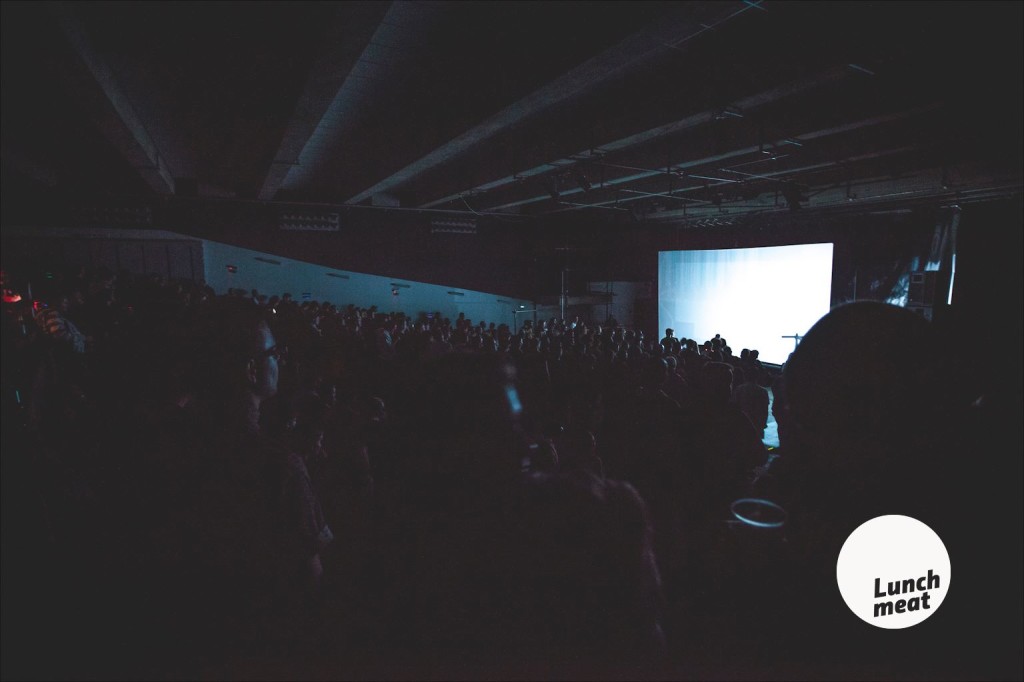 See you in Prague or on the Internet, everyone!

Follow the event on Facebook for the schedule and add CDM to your Facebook likes to get a notification when our video starts, and stay tuned to CDM for the latest updates.

To play us out, here’s a mix celebrating the music side of the festival, via Groove Magazin (German):

A giant 1906 machine, and the Eurorack synth module it inspired