Gibson, the company known for legendary guitars and killing your favorite DAW in the 90s … now gets the chance to remind the pro audio crowd of the latter.

Gibson is discontinuing all development of Cakewalk products, which would include the SONAR flagship DAW. The explanation: they want to focus on consumer audio electronics, namely Philips:

Gibson Brands announced today that it is ceasing active development and production of Cakewalk branded products. The decision was made to better align with the company’s acquisition strategy that is heavily focused on growth in the global consumer electronics audio business under the Philips brand.

Cakewalk has been an industry leader in music software for over 25 years by fusing cutting-edge technology with creative approaches to tools that create, edit, mix, and publish music for professional and amateur musicians. Gibson Brands acquired Cakewalk in 2013.

For perspective, this means Gibson is pointing to an acquisition that took place just one year after the acquisition of Cakewalk, namely WOOX Innovations. That sale, which cost US$135 million (plus an unspecified brand licensing fee), covered home audio and music accessories, with video products moving to Gibson this year.

And it means that just as Dutch giant Philips moves to “health and well being,” Gibson is moving from being a guitar company into being a consumer electronics megacorp. 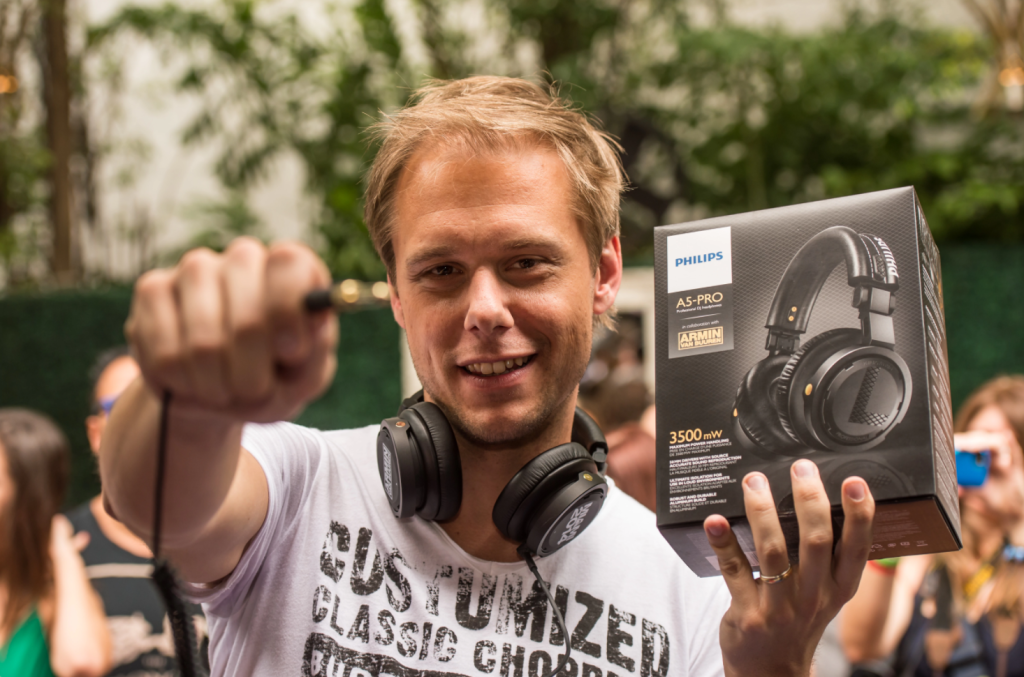 Armin van Buuren selling his collaboration with Philips – a product included in the acquisition.

Cakewalk’s SONAR DAW, while it may not be relevant to each reader here personally, had retained a passionate following with many producers, particularly because of its focus on the Windows platform. It’s also one of a handful of tools that has survived multiple decades of technological change. (From the same generation: Logic, Cubase.)

The loss of SONAR will sting in the Windows community and among many circles of producers. But adding insult to injury, just as recently as 2015, Cakewalk had gone to a subscription model – including touting that investing in the subscription would allow “lifetime” ownership.

It may be a mistake to focus exclusively on the high end here, though. Cakewalk’s entry-level products were a generally overlooked cash cow. As the entry-level market has refocused on mobile, it’s unclear whether a desktop tool aligned with higher-end products makes sense in the same way. To their credit, Apple has managed to position their GarageBand product across iOS and desktop – but, then, Apple gives away that product and they make iOS.

The announcement comes on the heels of Momentum, a tool for capturing ideas on mobile and then translating them to a DAW. But then, discontinuing the Cakewalk products means Momentum doesn’t have a DAW vendor to migrate to – only a plug-in. And it loses the Cakewalk name.

Momentum already was a questionable investment: for anything better than MP3-quality audio, you pay a hundred bucks a year, which is a steep price to pay given the fact that tools like GarageBand are free or a few bucks on iOS, and $100 a year easily buys you massive amounts of storage for whatever you want.

Now, Momentum’s future is called into question, which I think makes investing in the subscription downright insane.

The other puzzling thing is mentioning Philips-branded consumer electronics in this context. In 2013, the Cakewalk acquisition was meant to complement pro, not consumer, products. And Gibson at the time promised to rebrand Cakewalk software as Tascam – which never happened. Now, it’s using a 2014 acquisition to justify the 2017 discontinuation of the 2013 discontinuation as a “realignment” with the 2014 acquisition. Right – got it.

So, where did the pro products go? Why did Tascam software products never materialize? It would seem that Gibson are themselves pivoting to consumer electronics.

At the risk of being blunt and making some enemies, though, I think musicians might well be suspicious of corporate acquisitions and whether they really further innovation. There’s reason for users to be hurt and angry. And telling users of a professional music creation product line with a 30-year history that some branded speakers are the new direction adds to the sting.

There’s some business risk for Gibson, too. Consumer sound electronics are commodity markets – and big players can set themselves up for big failures.

For pro music creation, of course, terrific alternatives abound on Windows, including software developed by independent companies, from Reaper to Renoise, FL Studio to Ableton Live. And it seems independence and longevity go hand in hand.

But I have to be personally nostalgic. Cakewalk for DOS was the first sequencer I ever used, the first music software I ever owned. (My parents actually bought me the box.) Greg, the developer, had his name right on the screen.

To this day, I still like knowing the engineers behind the tools we use by their first names. I wish everyone at Cakewalk the best – and I’m certainly happy to keep getting to know individuals who work on stuff, and not just faceless brands.

And thanks, Greg – because without your work, I probably wouldn’t be writing this now. 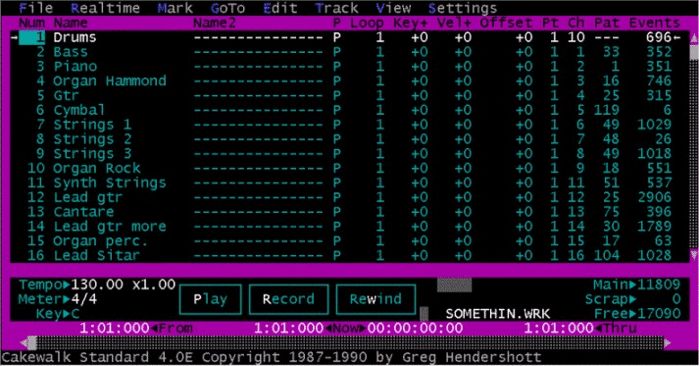 PS – hey, by the way, Gibson, my second DAW wound up being Opcode Vision, so this is what I’ve got to say to you:

Steve Fortner at Synth Expert has an insightful article (and requisite tombstone graphic), which notes Gibson is moving to a smaller factory for its guitars and – more significantly – faces a debt crisis. That could make Cakewalk the victim of the, say, $140+ million Gibson Brands blew on the Philips home electroonics acquisition. If Gibson Brands can’t restructure that debt, their voracious consumer buying spree may look foolhardy indeed – and this story will get bigger than Cakewalk.

But also significant in that announcement is this statement from Noel Borthwick. Noel has long been a friend to CDM, spending literally hours sometimes helping with research on archaic intricacies of Windows audio.

Even if you’ve never used SONAR, if you’ve ever used Windows, you’ve benefited from Noel’s tireless advocacy of high-quality audio performance and musical features on the platform. Noel also advocated 64-bit technologies for music production first in the industry, among other technologies.

Those sorts of things aren’t visible on balance sheets. But technology competence does have an impact on the bottom line, even when it isn’t seen. My belief is that technological competence is a special edge even in consumer electronics, because the profit will be made by the companies able to differentiate.

It’s meanwhile nice to read that Cakewalk’s people are putting care into the transition so this end-of-life doesn’t come too bluntly for users. And I wish the best to Noel and everyone for what comes next.

“After 30 years of Cakewalk’s long and illustrious history, I am saddened to announce that we ceased new product development and reduced overall operations this past Friday. You can read the formal announcement from Gibson here, which states that this decision was made in order to align with the company’s acquisition strategy, focused on growth in the global consumer electronics audio business.

“Working at Cakewalk has been an incredibly positive experience for all of us who worked here. This can largely be attributed to the incredible people who worked here, past and present. I’ve been at Cakewalk 19 years and I’ve never come across a more dedicated and talented group of people. Our greatest motivation was the joy in producing software for an astonishingly passionate base of artists, musicians and producers who used our software to create music on a daily basis.