Now reassign those Novation Circuit knobs easily from the browser

Eight knobs and a grid turned out to be more powerful than you might imagine. Now you can edit those Novation Circuit patches more quickly.

To dig deep into Novation’s Circuit, Isotonik’s Circuit Editor is what you want. It reveals the full-blown synthesizer engine lurking inside Novation’s affordable groovebox hardware.

But it’s also sometimes a bit too much. If you just want to quickly assign some macro assignments (that is, what happens when you turn one of the knobs), here’s a quicker solution. Novation have added the Circuit Macro Editor to their free, browser-based Circuit Components tools.

The idea is, you pop in, choose what you want the knobs to do, then store those presets online (and load them on your hardware). 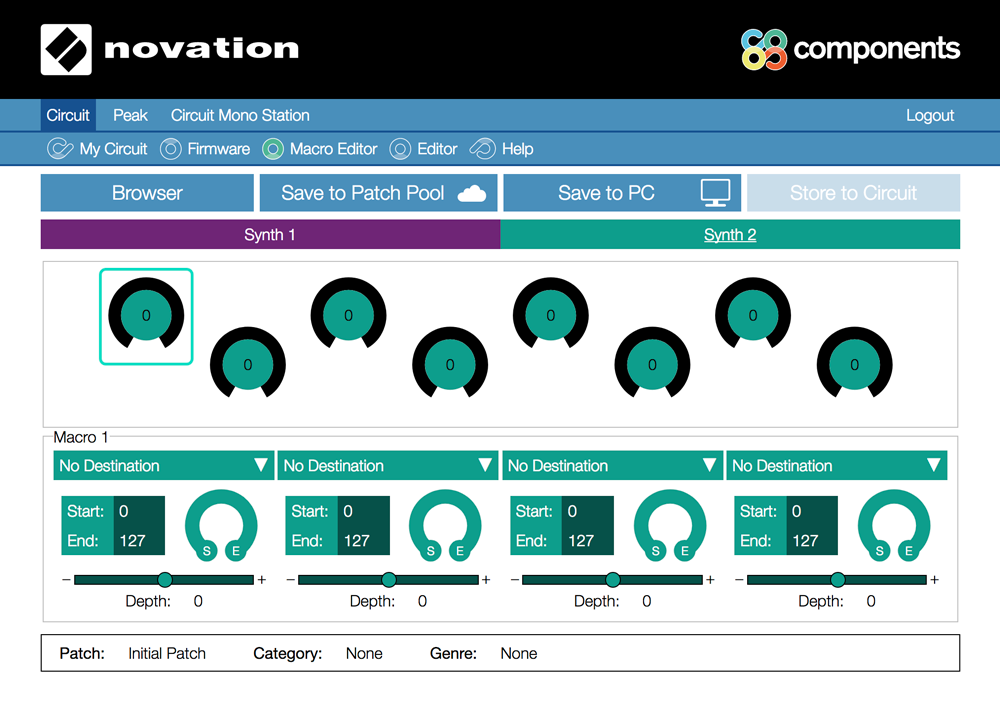 There’s also a new feature in this update called Patch Pool, which lets you put all your sounds together, including those you’ve collected from different packs, and import them at will.

The Circuit sequencer / synth / sampler. Stay tuned, as we’ve got an original Circuit to give away and we’re talking to Aybee about how he works with Novation’s hardware in his set – alongside some other artists working with other instruments with grids on them, too.

In the meantime, here’s a user exploring Circuit alongside two open source synths. Maybe they’re each old enough to be called “classic” – the PreenFM, and the original MeeBlip hardware, though we still make new MeeBlips, too – and the PreenFM lives on as an updated project. Take it away, Tim Roberts: