R is a reactive, emotional robot speaker from Teenage Engineering

What if a portable speaker, the lamp from Pixar, an assembly line robot, and Wall-E had a love child that was also a toy and a synth accessory?

That appears to be what Stockholm digital agency and electronic music instrument maker Teenage Engineering have done with their latest oddball design commission. While we wait on the OP-Z – Teenage Engineering’s hotly-anticipated synthesizer / audiovisual instrument – it seeems Baidu in China decided to import a little Swedish magic. (Baidu is China’s tech giant and search engine, a kind of answer to Google but a rapidly growing global power by its own measure.)

The result is a six-axis articulated speaker that has eyes / an animated pixel display, and gets … emotional.

R is the worlds first emotional 6-axis life form.with unique possibilities to express emotions and react to a conversationdriven by baidu’s leading artificial intelligence technology.with six fully independent axes, loaded with sensors and microphones,and with the same loudspeaker design as the H built into the base,the industry grade motor control will make it dance and express feelingsin a way you have never experienced before.and maybe, just maybe it will be compatible with OP-Z.

Take that, Apple. You’ve been served … by something actually more fun, if also … much more useless. (But who cares? It’s a dancing red robot thing!)

But this is Teenage Engineering, who in the past experimented with ideas for high-end bicycles and table lamps to integrate with their electronic instruments, and who have not only created pocket and mobile instruments, but also disposable cameras for IKEA. So, of course there’s a twist. 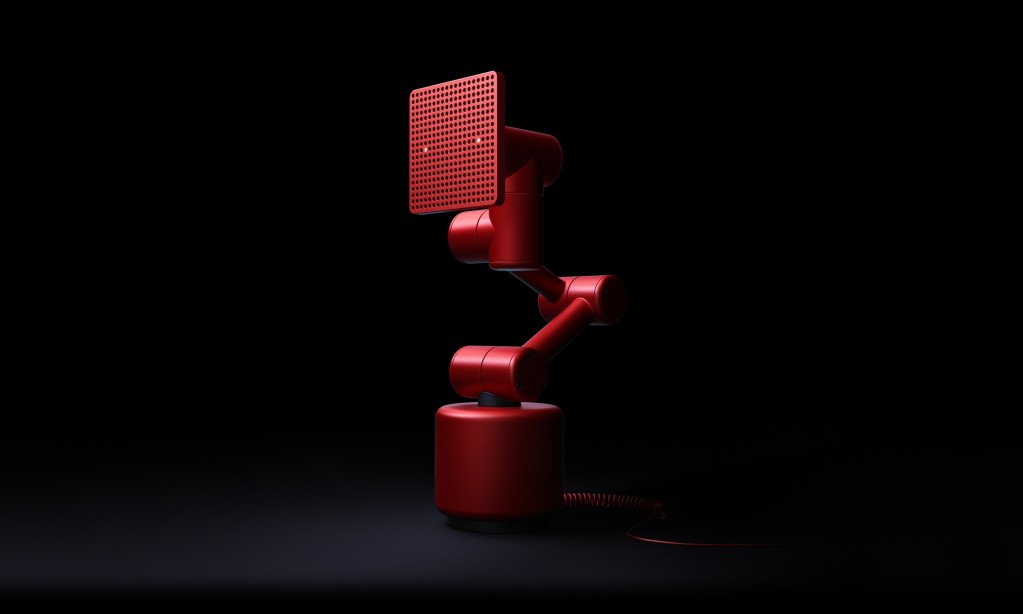 All I know is, if you’ve tired of humans, one personable red robot and a couple of TE synths and… really, I think hiding away is a fairly friendly looking option. Heck, it makes Stockholm’s couple of mid-day hours of kinda-sorta daytime seem positively cheery and welcome. Let’s hang out with the bot and the synth and make madness.

Novation now let you Launchpad with just a browser