Real underground: watch a live set in the Copenhagen metro

You’ve seen buskers in your subway, maybe, but odds are a full-on rave is a rarity. That’s what Strøm Festival and Anastasia Kristensen gave Copenhagen’s metro.

The basic notion: step onto your metro, get a live party. Watch:

Strøm, for their part, have established themselves as a cornerstone of the Danish electronic scene. And Russian-born, Copenhagen-based Anastasia Kristensen is maybe just the person you’d expect for this gig, in that lately it seems like she’s been everywhere.

I was curious, so asked her about the experience. She tells CDM:

“I compiled a live set with elements of Detroit techno, UK jungle, and all kinds of obscura that I could map to a MIDI controller and launch whenever. There was even an airhorn. 🙂

The experience was massive. As soon as people danced and jumped, the entire train was shaking. It felt like it could derail. I think it was a great way to rethink the way we can imagine a party and get around the city. Big up to Strøm for this!” 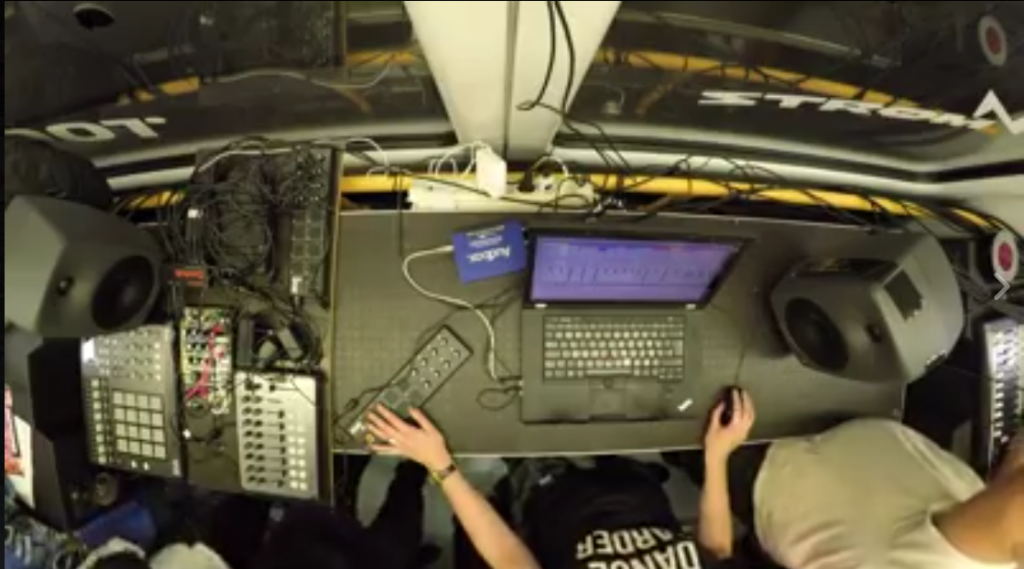 It’s also nice to hear some different vibes, beyond just what you’d catch in Tresor or Berghain from her.

Best to let her and her music speak for themselves, though. Check out both her latest RA mix and her detailed follow-up on what’s driving her currently:

Her tool of choice, as mentioned in the interview, is the now-discontinued Pioneer XDJ Aero. What’s nifty about this is, it’s small and it’s cheaper than buying new CDJs and components separately, but it still lets you practice CDJs somewhere other than sound check at a club or in front of a crowd. And it maintains rekordbox compatibility, so you can plug in those USB sticks, and works standalone if you choose. It could be something to look for used and … hey, Pioneer, maybe think about following up in this direction?

I’ve gotten to a few of her recent gigs, but Boiler Room was the one with cameras rolling, for some straight-ahead techno:

Get a terrific Little Plate reverb from Soundtoys, free