Elastic FX lets you route and morph 32 effects on iOS, for $7

It looks a bit like what would happen if an iPad, a KAOSS Pad, and a plug-in folder had a love child. It’s the new iOS app from the makers of Elastic Drums.

Elastic Drums already had won fans as the indie-developed drum synth / production app released by Mouse on Mars. And inside Elastic Drums, you had a powerful range of effects. So, at some point, lead developer Oliver Greschke had the idea of taking all those effects, and making a standalone multi-effects processor for the iPad.

The result you get, though, is a fully spec’ed-out sound processing powerhouse for iOS: Elastic FX. If you were already using Elastic Drums, you’ll like these effects, too – but now they’ve been reworked, and provide stereo processing (not just mono). You’ll find new effects, too, plus all-new routing options and feedback.

And if you haven’t used Elastic Drums before, Elastic FX promises straight out of the gate to be one of the leading options for processing effects on the iPad.

There are 32 available effects, including modulation, pitch, distortion, filter, delay, reverb, and more.

From those 32 effects, you can assign to one of four effect units.

It’s that four-effect unit that opens up more possibilities. Choose how to route between effects, add feedback, then adjust parameters all at once via X/Y pad (KAOSS-style). That X/Y pad also has phrase recording and automation, of 1-8 bars in length.

From there, you’ve got a load of options to integrate this with your mobile studio: 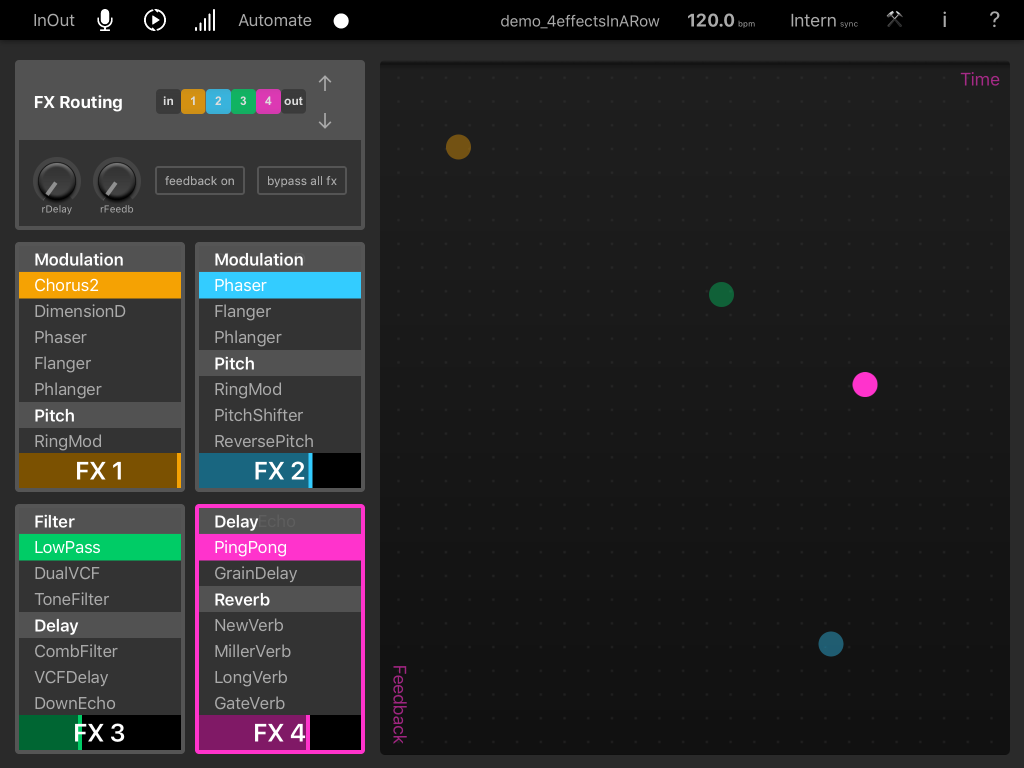 And check out this synced-up automation:

This free phaser from NI is a must, even if you don’t like phasers

effects
SynthieCat gives Ableton Live the deep matrix and effects of the 1971 EMS Synthi A
effects
data.train Max for Live instrument-effect mangles and transforms any sample or source
appsmobile
PsyTexx is a forgotten tracker for Palm PDAs – with features like distortion
appsiosmobile
Inflation, begone: SunVox is still donationware, and 2.1 makes it slicker and more powerful