You’ve got the inexpensive, compact gear, like the volcas that started it all. Now you need a mixer. KORG finally responds.

Volca Mix is the hardware everyone’s been predicting for about as long as we’ve had Volcas, only now, it’s real. And it also reveals KORG’s answers to some questions that weren’t so obvious. How many channels should this thing have? Mono or stereo? What would make it special?

Well, here you are: 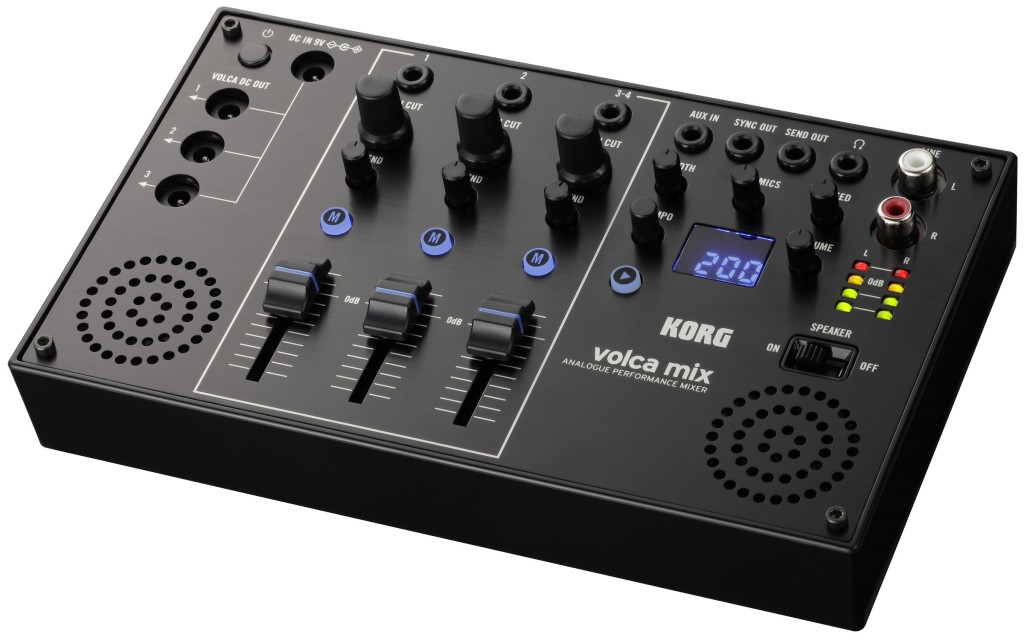 Low/high-cut filter on each channel

Master clock with sync out – so you can clock all your other KORG gear (or other stuff that takes that signal, like the Teenage Engineering Pocket Operators)

Patchable power: you get one DC power in, three out

Stereo speakers! And a switch so you don’t have to hear them if you don’t want.

All the cables / power are in the box: AC adapter, DC-DC cables, and audio cables. That’s a huge change; in the past, those volcas were actually priced deceptively cheaply by not including a power adapter in the box. (AA batteries don’t grow on trees, that is!) 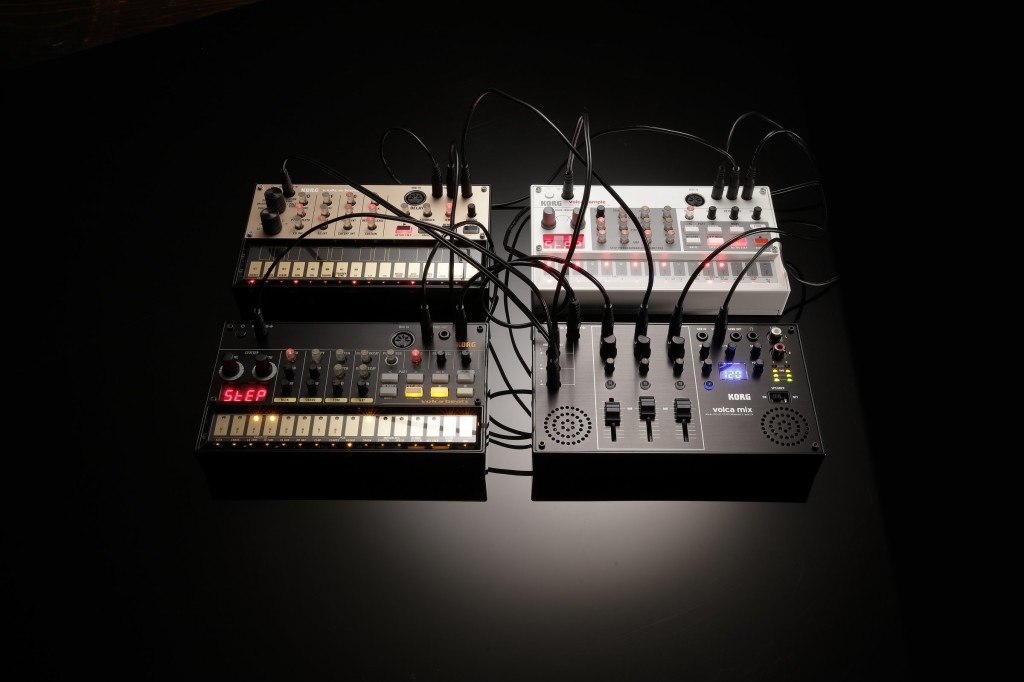 We’re of course really keen to use this with our own MeeBlip, too. (Heck, we should make new stuff to plug into it, huh?)

But there’s your winning answer, I think: it’s just enough channels, and the effects are built-in. So it’s not just a utilitarian solution to this problem – it’s really a performance tool. You had me at sidechaining compressor.

The stereo send is useful, too – I’m just double-checking that in fact there’s an aux return you can use so you still have 4 inputs.

That said, it’s really the effects I’m interested in testing – and noise floor and overall sound performance – to determine whether this is the Mixer We Really Want.

This is a rough field at this point – there are loads of little mixers out there, including popular models from Behringer, Yamaha, and Mackie, among others – below this price point. But those tend to be bigger and heavier (once you count their power supply). And it’s clear KORG will benefit from adding these extra, volca-targeted features.

Of course, what KORG didn’t do was give you a whole bunch of channels. The Kickstarter-backed Vixen Mixer from KVgear does that – though with a much more cramped layout, no faders, and a US$249 price tag. That said, it is more like what you’d expect from a conventional mixer – panning! – and it’s not hard to imagine the two working together really well. The Volca Mix does clock, power, and effects, and the Vixen brings it together (and allows adding still more gear). We’ll just need to see the Vixen shipping.

KORG has a polyphonic Prologue synth – and it’s programmable