Uchi is a fresh face as LA collective BL_K NOISE meet up with Berlin’s Raster – and that’s a perfect time to catch up with her and reflect.

Dive in, commit. It’s that moment when the mixer fader is up and you start your live set, the let’s-screw-up-our-lives risk-taking bigger moments we make sometimes for musical passion. It’s the willingness to screw up live and screw up life, maybe.

That sums up why a lot of us are here as well as anything. And so that makes Uchi’s approach refreshing. Just as your email promo inbox is full of drab, sound-alike techno and washes of disinterested distorted ambience, Uchi kind of doesn’t follow any rules. Her DJ sets are diverse and daring, her live sets going deep and abstract and back again. And she talks to us a bit here about that abandon.

It’s also paying off. Born in Venezuela but making her name as a came of age in tbe Miami scene, Uchi has made a recent move to new Germany and become a regular at Berlin’s most sought-after slots – including Berghain’s upstairs Panorama Bar and its darker, weirder new ground floor Säule. But the best part is, I think we don’t know quite what she’ll do next. There’s a couple of EPs, a full-length album, and various podcasts coming and … well, the hell with predictability. The artists you want to watch are the ones that will surprise you.

January is definitely when we celebrate new music gear, thanks to Anaheim, California’s massive NAMM convention show. But then why not celebrate new noises, too? BLK_NOISE has assembled for Saturday a party made up of artists willing to push their electronic instruments until they hurt. From team USA, you’ve got Richard Devine, Surachai. From Germany, label Raster – the imprint formerly known as Raster Noton – Grischa Lichtenberger, and label co-founder Byetone. (Carsten Nicolai aka Raster Noton is going solo again, reverting his label to Noton.) And then there’s secretive BLK_NOISE anchor Belief Defect, who have feet in both Berlin and LA.

And then there’s Uchi. Let’s get a soundtrack: here’s a CDM exclusive debut, off her upcoming EP. Ingredients: KORG ElecTribe ER-1 [synth], Moog Minifooger [MF] Delay, Eventide Space reverb and “rat distortion.” (I think she means Pro Co RAT, but — this is New York, so…. it could have been, like, an actual rat.)

PK: What’s the set you’re preparing for LA? I loved this noise set that just streamed from Halcyon [in New York].

Uchi: I don’t know what happened there! It’s so weird! I have the recording of it myself; I gotta hear it and see!

I think for this show I’m going to use somewhat similar setup I’ve been using for most noise shows these days, a narrow selection of stuff, and complete improvisation — or zero preliminary sequencing. It’s the first time I’ll try an AV setup, which is exciting!

It seems like you’ve had some pretty significant shifts in your life, your musical direction … especially as some of the folks who will be hearing you in LA as well as our readers may not know you yet, what’s the trajectory been from Miami to Berlin? How did you get where you are currently?

Yeah, I guess there’s been a lot of changes the last couple of years. I lived in Miami since age 10, up until college. After I finished a degree in Computer Science, I took DJing (obtained from radio hosting at University) more seriously, as well as actually working on something I used to do for fun — (Ableton fiddling) making music.

The Boiler Room set came about from Juan Del Valle, now a friend. His influence was to convince me to make a live set. That being said, it was my first live set ever, and it was on Boiler Room – lol! BUT it was a great way to learn how to use hardware! Then Berlin came after the release on Plangent Records, which made the first gig in Panorama Bar happen. That made me decide not to get a flight home, basically.

The interesting thing is that just before I left Miami, everything had already started changing. I was pretty active in the noise scene, which was a whole different level of exploration in music, the exact opposite of composition and programming or what I used to make the Boiler Room set. Noise changed also the way I record, too. It seems I find single takes, and master out mixes more interesting than spending hours on a single detail or mixing down. I guess trying to finish ideas in one day if the case has a lot of details, otherwise just simple pressing record (mistakes included) and room recordings.

I made the album and the last couple EPs basically playing them. Since moving to Europe, which changed literally everything about what I knew, and also playing for promoters in different cities, I’ve had the chance to do something different. Nowadays, I’m combining all influences together — noise improvisation, changing patterns, speed, writing melodies or lack thereof, depending on so many different things. For instance where, when, and for whom each show is prepared for, relative to time, and where things are for me at the moment — it’s never the same. I’m still figuring it out, but if there is something to expect, it should be to expect something new. 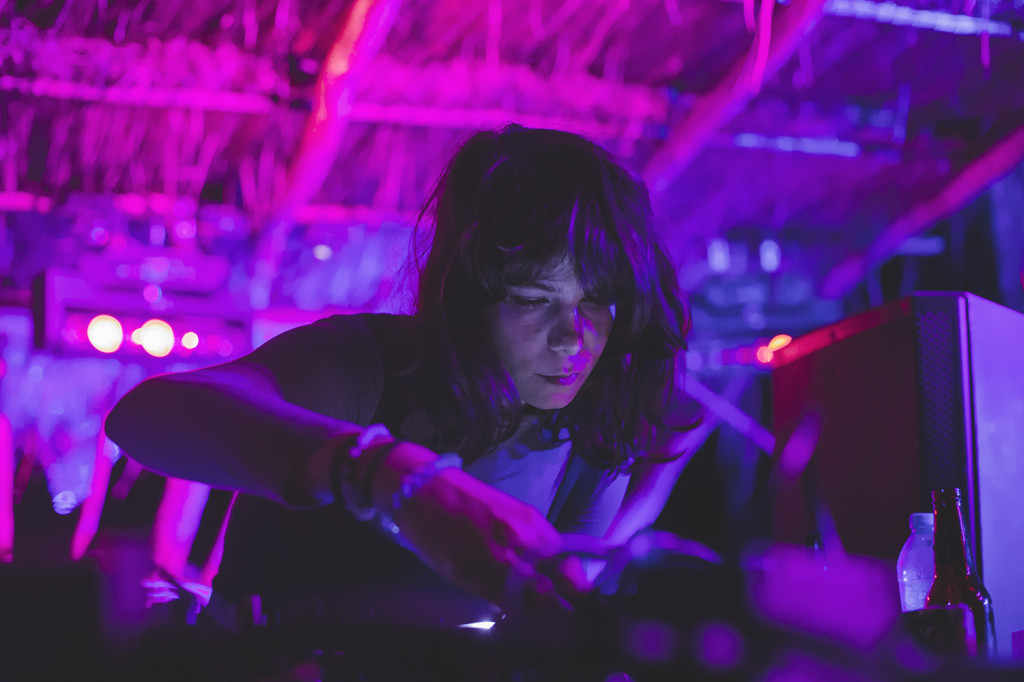 These Saüle appearances have been great … in this age and (city!) people can cling to a somewhat narrow and clasutrophobic view of genre, so that’s a relief. Can you talk a little bit about you’ve been playing lately?

Well, I guess Säule was a bit of the turning point. It made me realize its not far-fetched to combine everything into one presentation. Funny you say claustrophobic view of genre! That puts it a bit better in perspective actually. I think the first time was probably one of the most liberating DJ sets of my life, the first time I felt like myself. The struggle of genre has been real for a really long time, but thanks to that lately, I reeeally don’t care for dance floor “rules” too much, and follow just, whatever feels right at the time. I’m curious to what you would describe those gigs as.

Mmm, eclectic? This is why I wouldn’t really call myself a music journalist, just a musician. So to that — what are you using to play for this live set? Not just to sort of get gear-focused, but instead — what does this mean as far as instrumentation, as composition?

For sure, it will be a Moog Mother [Mother-32 synthesizer] running, pitching it sporadically, plus vocal whale sounds … maybe some screaming. Also some Koma Elektronik noises generated from the Field Kit [“electro-acoustic workstation”] and BD101 [analog gate-delay pedal] as main effects, messing with any signal sent to the aux [input] of the Field Kit.

I guess as “composition,” I suppose breaking it down by frequency – the vocal stuff is a lot of mid-range melodic, of course, with a ton of reverb and delay, the Moog for low-end and the Koma stuff for texture, high-pitch screeching, and pulsating static. These have been my favorite pieces of gear to use for noise shows. I made the last album using the Moog heavily, so it’s kind of been my main instrument for almost two years, along with Koma stuff which is heaven for noise freaks — the Moog sounds on another level! And some classic reverb and distortion pedals, Boss DS-1 [distortion pedal, since 1978] and Eventide Space.

What do those instruments mean to you; how do they impact how you play spontaneously?

They are my children!!! I supposed their user interface totally affects how they are played. For example, the large knobs of the Mother and the semi-modular part for patching and combining it with it with the BD10 light sensor (which kind of acts like a theremin), and putting that in the Field Kit mixer, which has got a life of its own. The signals kind of bounce with each other. Feed-backing is waaay fun. Also, the continuity of LFO’s makes it easy to do multiple things at once. Whatever instruments I’m using at the moment play a really large role in every live set, if not the biggest role. I hope to be switching to full-on modular this year! Wish me luck. 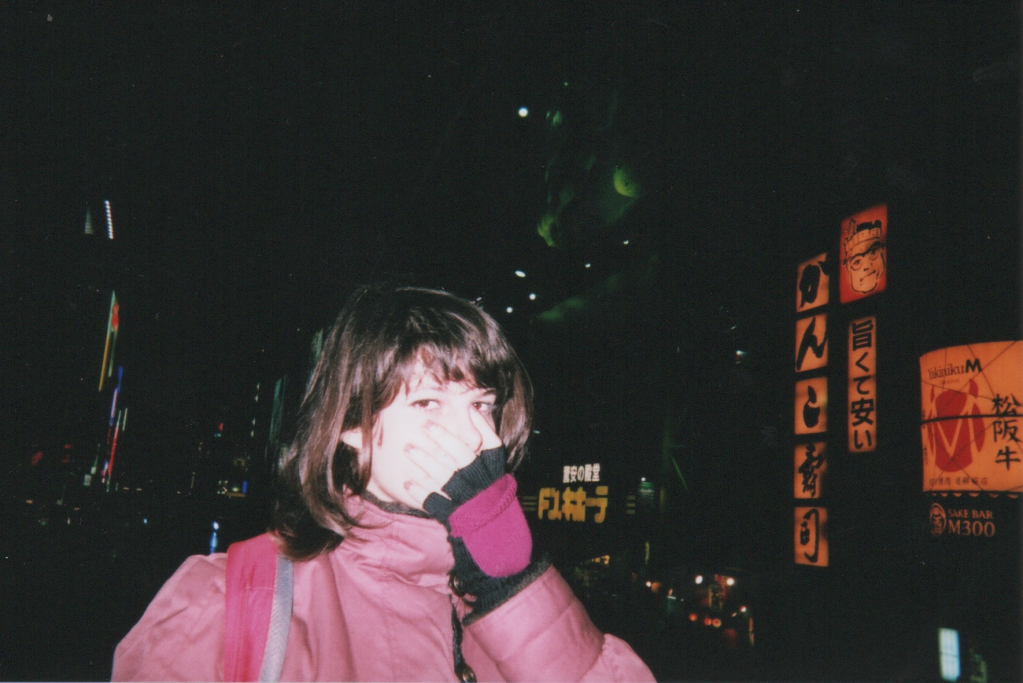 If you’re in LA, check out the event! I wrote about Belief Defect’s live rig here and for Native Instruments; now it’s America’s turn to get that live. Co-hosted with Decibel Festival: