Ableton Live 10 arrives: how you’ll use it, what it means for Max for Live

After weeks of watching Ableton’s trainers and testers have the fun, Live 10 is now the current version. Here’s what that means for you.

Live 10 is now the official release version of Ableton Live. If you didn’t jump on the discounted upgrade or preorder pricing, that’s done. Live reverts to its original pricing and retains the same editions Live 9 had (Suite, Standard, Intro).

What you get with Live 10: lots of new Devices including the Wavetable synth and Echo multi-engine delay, automatic Capture of your ideas before you hit record, improved editing of MIDI and audio especially in the Arrange view, lots of additional sounds, more Push integration, and a faster, more integrated Max for Live. It’s also much easier on the eyes, certainly on Retina displays, but across the board.

Now, in those intervening weeks, a lot of people have gotten their hands on the software. I’ve been using Live 10 betas since early fall. Here’s what I’ve found, comparing my own personal experience with other Live users, both advanced and novice. 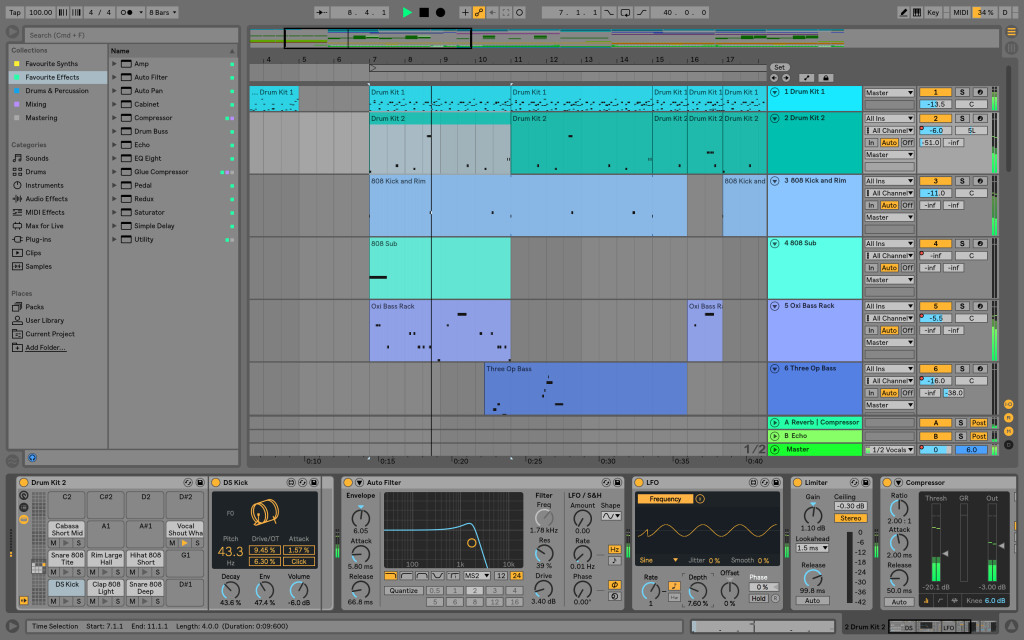 Arrangement view finally feels fleshed out. Editing multiple MIDI clips in Arrange, being able to directly manipulate audio, and navigating Arrange more quickly is really essential. I really hope Ableton continue to develop this area – and that some day we even see the sort of hardware integration with Arrange that we do with Push and Session view.

You’re going to use Drum Buss a whole lot. Drum Buss sounds like a specific drum compressor. That’s even how Ableton markets it. In practice, its combination of dynamics processing and “crunch” turn out to be pretty useful all over the place, especially since its simplified controls can be used in a variety of ways to dial in very different results.

Echo and Wavetable are really beautiful. Do you need another delay and another synth? Well, maybe not. Do these add character to the release? Absolutely. Look, lots of DAWs use pack-in instruments and effects to try to earn your loyalty and upgrades. Ableton is arguably a little different in that some of these designs are so specific to the software maker as to make little sense elsewhere – think Operator or Simpler. For me, though – and your experience may be different – the new devices were an easy test. I had Live 9 on my MacBook and Live 10 on my Razer for quite a while. I was comfortable enough switching back to 9 to work on lots of projects. But it was the devices that often made me migrate over to 10 again.

Push is more useful for editing. The addition of the melodic step sequencing layout (which combines real-time entry and sequencing), the ability to work on MIDI patterns on Push, and new device support continue to make Push feel essential.

Groups inside Groups. There are a lot of usability improvements, but I think you could say this is the most important one. I can’t tell you why exactly subgroups make the whole use of groups more useful, but they do. I find myself using groups a lot more – and I know of all the usability improvements people asked for that appeared in Live 10, this was the most significant.

There are a lot of other improvement here that may require adapting a bit. Capture is something found in DAWs like Cubase, but oddly it’s easy to forget that you don’t have to hit record to grab ideas. The Arrange view’s new features require some investment of time learning shortcuts and the like – and that pays off. And you should invest some time in organizing your Library to exploit that nice new browser, for sure.

For a complete run-down of what’s new:

What does Max for Live integration do?

We’ve been talking to Ableton now for years about their ideas for better integrating the ideas of Cycling ’74, who make Max/MSP, and Ableton themselves, even before Ableton bought Cycling.

The big thing you’ll notice right away is that Max for Live is integrated with Live – that is, you won’t see a separate load screen. It’s “built in.”

But there’s more to it than just that, which CDM has confirmed with Ableton:

Max is better, faster, stronger, etc. Max itself has been optimized, improving device load time and CPU load, plus a lot of bug fixes.

Versions are in lockstep. Since Live and Max are integrated, you can’t accidentally run the “wrong” version of Max. This also means that a sound pack that supports a particular version of Live won’t run into a compatibility problem with an out-of-sync version of Max. 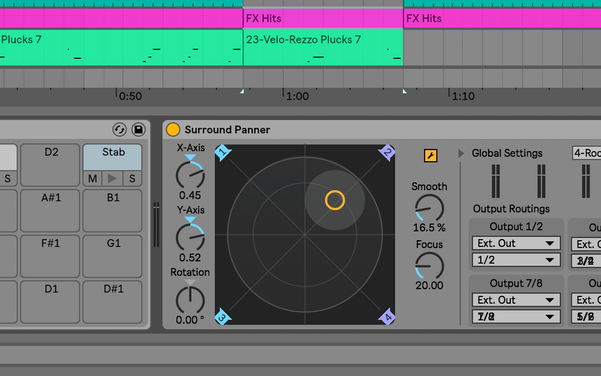 Max 8 is coming! When Max 8 ships, it’ll include the internal improvements found now in Max for Live, plus new Max 8 features for people making their own patches.

So, that’s the good news. Now, the bad news: while we’ve been promised more integration of Max and Live, they remain separate products. Standalone Max licenses may have features that don’t become available in Max for Live. And while eventually Max 8 features will come to Live 10, it sounds like there will be a lag while Ableton tests those features.

Ableton describe this as “lockstep” versions of Max and Live, but – if the versions come out at different times with different features and there’s a lag as they test integration, that’s obviously not lockstep in regards to Max. At least you have one installer and one version as far as Live and Max for Live.

We’ll keep talking to Ableton and Cycling as the Max 8 release gets closer to fully grasp how this is working, and how the closer partnership of the two companies would shape this over time. The reality here still seems to lag what we’ve been promised in terms of Max and Live being integrated and the two developers acting as one.

Live 10 doesn’t make any advances in allowing you to integrate custom hardware. As other software has added support for OSC and other protocols, or integrated native scripting, Ableton mostly keeps that kind of integration accessible to hardware vendors. (Hopefully with official support for polyphonic MIDI expression announced, Ableton will follow soon. That may be an edge case, but it’s an edge case that tends to use Live!)

That said, some quiet improvements to Max for Live regarding System Exclusive data support and custom control surface creation now became a lot more useful. MIDI-CI, a new technique for automatically configuring hardware, could combine with Max for Live in interesting ways. (My only concern there: native support would be better.)

Live is also at the pricier end of DAWs available today, for both new and existing users. Users are of course also weighing the price of this as they budget, and I know that’s been a disincentive for some of you for whom money is tight. I can’t personally say what software should cost, as unlike hardware, you can’t calculate what it costs to make. But if you don’t have the money for this, I feel your pain – been there.

By the way, if you preordered Live, you aren’t automatically charged. So you can still back out if you’re not in the financial state you thought you might be – check refund/return pricing and contact support if you need.

But I do think that Live 10 is among a handful of Live upgrades over the years that seem to make everyone happy once they take the plunge. If Live is what you use most of the time, if you’re productive in the Live workflow more than other DAWs, should you get the Live 10 upgrade? Yes. That’s an easy answer.

We’ll look a bit more at some of the devices in future and can discuss that – plus the state of other software. Stay tuned.

TX Modular is a vast, free set of sound tools in SuperCollider