Paris-based artist Morgan Friedrich is a choreographer as well as a producer – and his video and music are both infused with that sense of music and body.

Morgan Friedrich aka Morgan Belenguer is the kind of old-school renaissance romantic you’d expect from Paris in another century – mixing dance and poetry and music. But the sound and look are beautifully rooted in this moment. There’s fluid, bass heavy sounds with organic percussion, free angular jazz-like melodies, in asymmetrical flowing cascades. It all makes for a mystical pathway through some post-futuristic spirit world.

“Spell Drops,” the opening single, is already available for download from XLR8R and gets its video premiere here. And it looks like this – the choreography I think perfectly embodying the music. (And better than my words do – what was that about writing about music / dancing about architecture, again, whoever actually said that?)

Peter: How did the music video come about?

Morgan: In general, my videos emerge as part of musical compositions. After having collected various elements related to my theme (including notes, photos, quotes from books, descriptions of particular situations which appeal to me…) I assemble these “construction materials” and use them to shape my video.

There is something blues, something Muddy in this piece of music, the feeling of being possessed, of possessing. That’s why Friedrich wanders like a solitary walker through the agricultural fields and wastelands. He carries on his back a sign usually used for advertisements. I re-appropriated this nomadic structure and imprinted on it his questions, his own thoughts as a reminder: “where can I land… on which ground?”

One of the elements of the sign, the shell, was created following a radio interview of Michel Serres, one in which he says that the shell was the first protective habitat of the living. A few days later, on the terrace of a bar, a cigarette crushed in a Saint Jacques shell caught my attention. I took a photograph of it with my phone (to appropriate is perhaps to pollute, to pollute it is perhaps to appropriate …). 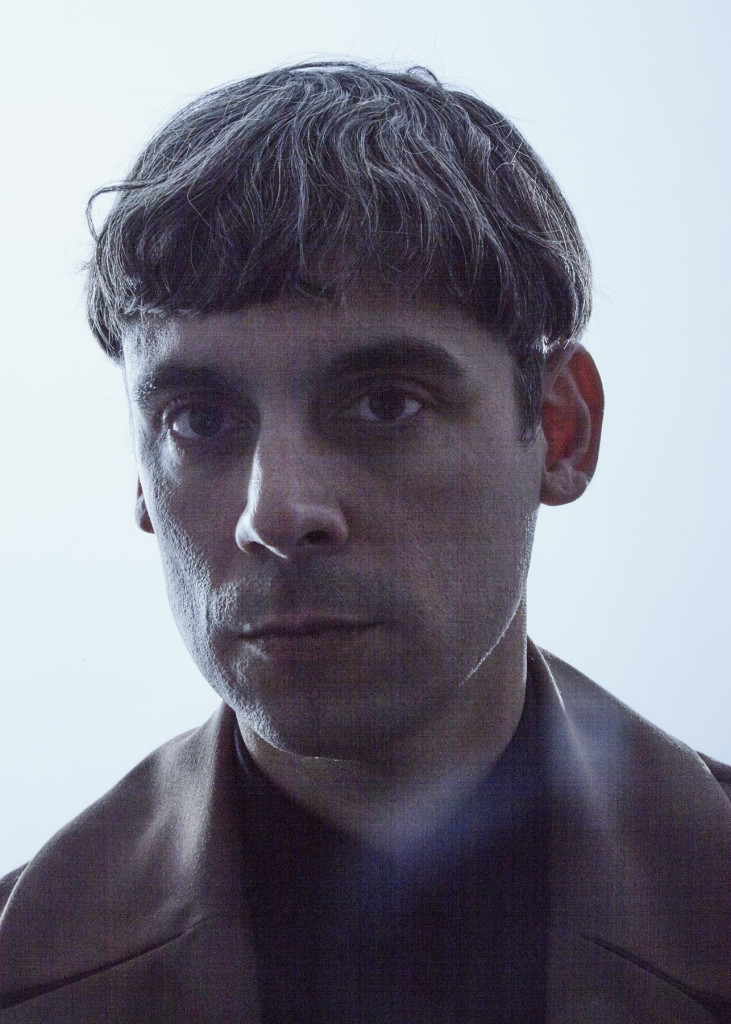 Who are your collaborators here; how did you end up working together?

On Halloween night, I met Mattia Akkermans by chance in a bar hidden under a veil. A fashion designer by training, she became the stylist of my tragedy. She helps me to aesthetically construct my visuals as well as Friedrich’s appearance. Joji Koyama, who edits my videos, was introduced to me by a mutual friend. In general, I send him my raw material and explain to him my theme and what I think it might become. Each time he transcribes the theme perfectly in a surprising and sometimes touching way, which delights me … How lucky for me!

There’s such a distinctive feel to the music. How do you work; how do you compose this sort of flow?

The composition is an attempt to transcribe into music a physical or bodily sensation, a feeling, an experience. For example, for Spell Drops I was looking to express a kind of irregularity, an unleashing, an overflow, a panic that mixes violence and softness… “The feeling of being swept away by a river against one’s will.”

Technically, I was going to record atmospheres, soundscapes, which I would transpose with the MIDI choosing the instruments and then rework by altering the tempos in a way that gives the impression of always being a bit out of kilter…

What was the inspiration for this text? Did it serve as a map to the music? To the video? (I see it’s associated with the video; did it act as a kind of storyboard?)

The text is written at the end. It is the poetic description of the various symbolic elements that compose the video. 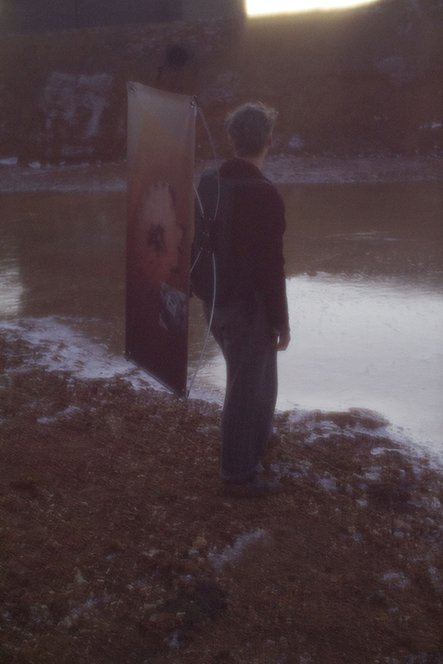 The poem accompanying the video / single:

Spell, Drops.
A handful of earth, because it’s mine, Drops.
A banner on his back, he wanders through the field, Drops.
A cigarette crushed in an empty holy shell, a habitat, Drops.
A Home equipment barcode, labeled on a pebble stone, Drops.
A shoe sole left in the sand, photographed by someone’s shadow, Drops.
An aftertaste, a background, a reverse then a reversal, Drops.
An empty look, on nothing, in particular, he leans, Drops.

What’s your tool set in the studio? How will you adapt it live?

I use mostly software, amps, pedal effects, nothing too extraordinary …

For the live performance, on the technical side, I will have a reduced set, a computer, a controller, a filter. I want to be able to detach myself from the control tower so that I can express myself physically. Ideally, I would like to adapt certain melodies by two experienced singers who would improvise during the live set and respond to each other face-to-face to give more body and more life to the music.

Can you tell us a bit about your background in music?

I’m a dancer out of the conservatory. I became a professional and then a choreographer. The music is for me at the same time a space and a partner. Now I try to make my music in a way that it can become a staged or choreographed body. My musical formation is fundamentally about such inversions and learning in strange ways.

Thanks, Morgan. For still more work from him:

The past film from the same collaborative team above:

Mammut is free software that does completely insane things to sounds