Crazy8Beats puts MIDI, analog sequencing, and insanity in one unit

One of the nice things about Roland’s TR-8S this week is that it doesn’t try too hard to be a sequencer. That is, it’s a drum machine with the ability to do some triggering, but it doesn’t get wrapped up in so much functionality that it starts to get complicated.

All of this leaves room for desktop boxes that really focus on creating patterns. And ideally, they’d be suited not just to people who want to do a lot of involved programming, but might limber up their fingers and play live, too. 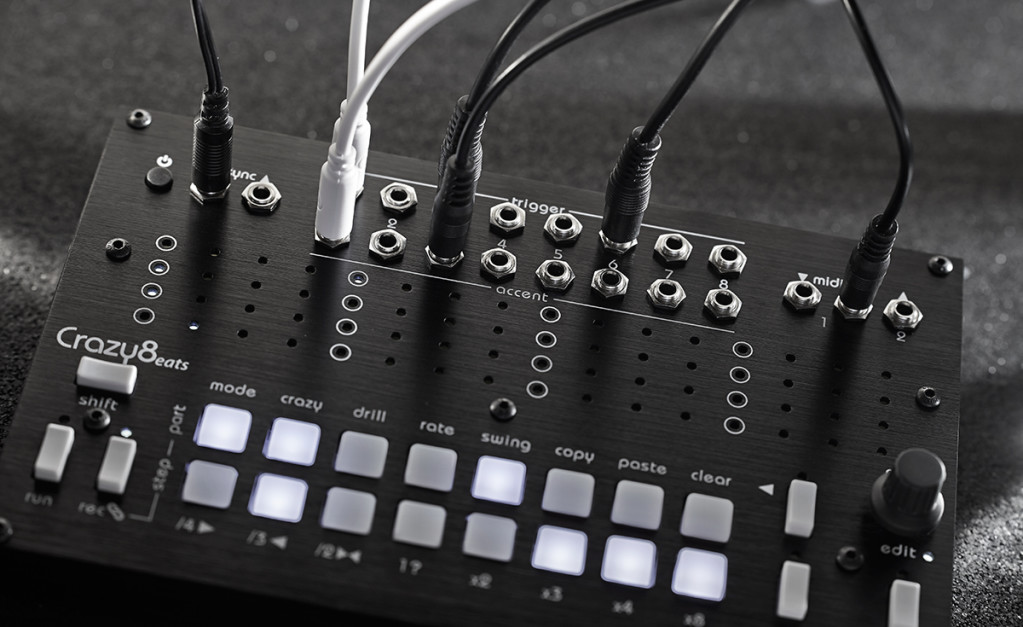 That’s essentially what the Crazy8Beats from Twisted Electrons is. True to their roots in making weird boxes for acid and chip music, they’ve packed it with features for lots of pattern permutations. But unlike some past attempts by other boutique makers, they’ve kept those features handy with one-touch buttons. (You know, I’m beginning to think that one easy test is – look for sequencers with either simplified screens or no screen at all, if you crave hands-on tactile control.)

The price is at EUR303, but integrates both MIDI I/O and plenty of dedicated trigger outs. So it’ll talk to your MIDI gear. It’ll talk to your analog gear. And if you must, you can even bolt it in a Eurorack case (though it seems way easier to access if it’s flat on a surface).

What I suspect may make this one tantalizing to people, though – in addition to that clever MIDI and analog integration, and a big punch-board style display showing off the different tracks – you get per-track swing and a “crazy” feature with live remixing and randomization.

Plus, you can modulate CC as well as patterns

Or trip along as Liquid Sky Berlin puts this in action on some acid-flavored madness with other gear:

Trigger input/output to sync Crazy8Beats to other devices
MIDI input to receive MIDI clock and set up parameters
MIDI Clock sent on both ports
16 patterns per track
Up to 16 steps per pattern
Individual patterns change per voice (or all at once)
Up to 16 patterns can be chained to create a song
4 play modes per track (forward, reverse,ping pong, random)
Copy, Paste, Clearing of patterns
8 Levels of Swing per track
Crazy feature enables probability and live remixing of patterns
Rhythmic Drill effect with variable rate

16 Pads can be used to punch record patterns live or program visually.

The pads are backlit to provide visual feedback of the pattern you are programming and the tracks that are active.

64 Step LEDs enable you to see 4 tracks advance at any time.

Arturia now let you add classic filters and preamps to anything