From a crowded stand in Frankfurt to a sprawling show in East Berlin, Superbooth has become a modular mecca and the premiere synthesizer summit on the world calendar.

And if you think about it, that’s pretty astonishing. NAMM (National Association of Music Merchants) in California remains the destination for the musical instrument industry at large, and it and a number of other events draw big crowds of synth lovers. But Superbooth has become a kind of extension of synthesizer inventor history, of modular subculture, and of the best parts of the Internet today – the bits that just nerd out about cool toys. One- and two-person shops stand literally shoulder to shoulder with major manufacturers.

In short, it’s the triumph of the weird.

“Normal” trade shows these days are what can seem anachronistic. The “trade-only” moniker at NAMM (or Germany’s Musikmesse) has always been confusing, with tire kickers tangled with industry, and a collision of instrumental segments that seem increasingly distant from one another.

Like the quiet, sprawling metropolis of Berlin itself, Superbooth never feels crowded. People amble and linger and chat and chill – all the verbs you never associate with trade shows. But it doesn’t feel like a local synth meet, either. There are 250 exhibitors this year, with stands from names like Ableton, Akai, Avid, Bitwig, Elektron, Eventide, IK Multimedia, KORG, Mackie, Magix, Moog, MOTU, Native Instruments, Nord, Novation, Propellerhead, RME, Roland, ROLI, Softube, Steinberg, Studio Electronics, Waldorf, and … yes, even mighty Yamaha.

Those join a who’s who of modular makers, with an increasing number of American brands alongside what appear to be all the major European names (including Russia).

So, it’s significant that the morning hours are dedicated to trade and professionals, while the afternoons open to the public. “Will you be at Superbooth?” has become the stock question for the synth and electronic end of the waters. And since this is not just a corner of a show with drums and guitars and trombones, you do actually talk to one another and connect.

So what will actually happen this year?

Novation hit it out of the park with both Peak and Circuit Mono Station. Bastl Instruments fed us THYME, DUDE, Kong … and their own line of custom-brewed coffee. Behringer had their infamous Minimooog Model D clone to try. Elektron revealed the Digitakt, as Jomox and MFB unveiled boutique drum machines. And of course there were loads of new modules and other toys … not to mention Yamaha with a robot that plays keys. 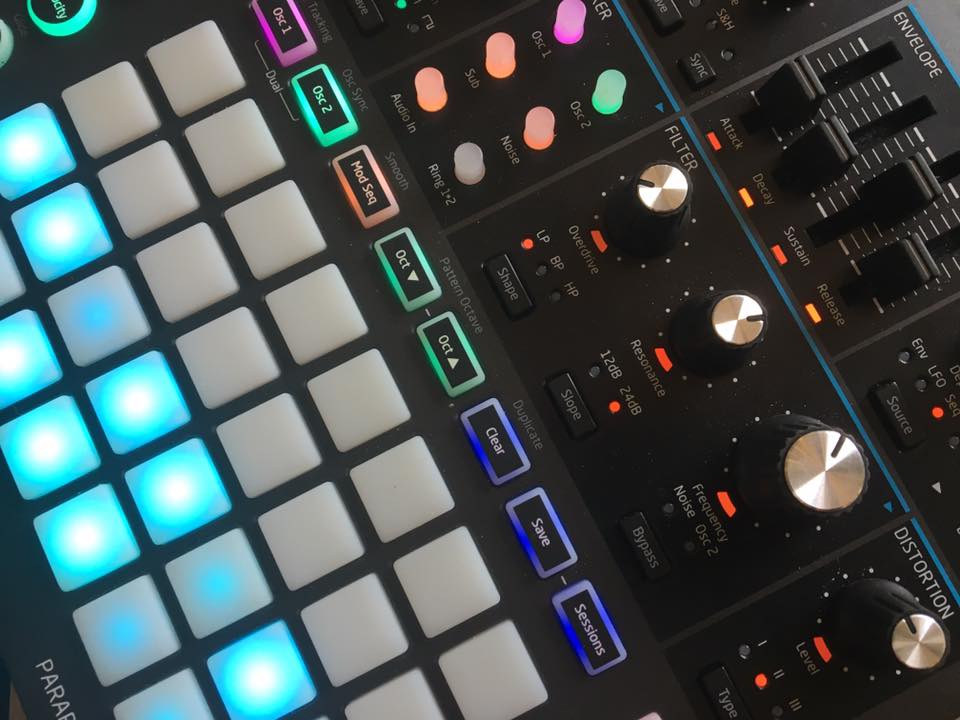 (Compare the inaugural 2016, when Superbooth was more limited to niche modular and analog creations, and many brands still made waves at Frankfurt Messe. By last year, Messe was mostly silence.)

This year, I think you can expect even more big announcements. Given the attention Novation got, I wouldn’t be surprised if a big manufacturer made a splash – even from Japan’s big three, all of whom are in attendance.

Of course, the charm of Superbooth is, those big manufacturers won’t really have any particular advantage over tiny shops. (Well, apart from if you have deeper pockets, you get the cool room with the Soyuz module …)

And I think you can expect … oh, wait, I can’t tell you. I don’t know anything. Expect nothing.

(Oh, one note – I think we’ll continue to see a cottage industry in 5U modules – that’s the larger format – especially as Moog’s own recreation of its vintage modulars is out of reach of most budgets.)

On the music side…

As Superbooth gets deeper in the gear territory – not just for modular geeks, but synths fans in general – it’s also building out its roster of musicians. Those reflect some of the Berlin in-crowd’s refined tastes, but this year they also suggest another line.

Superbooth wants you to think of synths and modular as an instrument, in the classic sense of the word.

So you get Caterina Barbieri, a classical guitarist-turned-modular artist, and Leon Michener on a prepared grand piano. There’s Berlin electronic legend Bernd Kistenmacher on synths, and composer Udo Hanten on 5U modulars.

Stephan Schmitt, founder of Native Instruments and father of Generator/Reaktor, will play on his own unique C 15 keyboard, made by his new hardware venture Nonlinear Labs. Carolina Eyck will play Theremin; famed producer Tobi Neumann will play ambient with Fadi.

The night program is also packed with some big names: think #instantboner, T.Raumschmiere & FucketYbUcKetY, Ströme and Tikiman, Boys Noiz with 2244, ATEQ, and GusGus.

It’s not entirely “underground” in character – these are established, premiere artists, and perhaps associated then with established, premiere modular gear, which while increasingly affordable isn’t exactly cheap. But then I think you can also expect lots of unofficial off events and afterparties to spring up, postcards to spread around – and it’s still Berlin. So be sure manufacturers will organize spontaneous jam sessions, visiting nerds will promote gigs, and lots of sound geekery will be had in the days during and immediately around the event. You might want to clear your calendar, plus some, like, recovery time.

On the workshop/talk side, there are various DIY offerings, as well as a female/non-binary program meant to counter-balance an event that has tended to skew fairly heavily male. Daniel Miller, Uwe Schmidt, and Mark Ernestus are in discussion, plus you can catch Lady Starlight, Andrew Huang, Lady Blacktronika, and Mylar Melodies.

The biggest rival to Superbooth I imagine will be Moogfest back in the U.S. of A. – unlikely to have, say, boutique Russian makers at it, but likely to attract some modular purveyors who won’t make the Transatlantic flight. And Moog of course will figure big at their own event. Moogfest also dwarfs Superbooth as far as festival lineup and talks. I’d also keep an eye on SONAR Festival, whose extended tech program often focuses on the European tech scene, plus Music Tech Fest in September.

But as far as synth makers in one place and synth news, Superbooth is the big bet for new tech. I’ll see you there.

Route audio from anywhere to anywhere in Ableton, free