This hidden gem adds a sub bass to anything, because you want that

Serendipitous collaboration can be magical. Combine an eccentric high-tech guitar company from Switzerland with some high-powered nerds from the USA, and you get some spectacular ways of adding sub octaves and picking apart and modulating sounds.

From Memphis to Messe: on a hot tip from one of the engineers, I found myself roaming Hall 8.0 at Musikmesse in Frankfurt Friday. Just this one hall is already cavernous; I passed a portrait of Hillary Hahn in a violin booth, stumbled across two nice women giving away CDs of unsigned Estonian concert music, and strolled past the signature-blue of the G. Henle Urtext (which my piano teacher called the “Voice of God edition.”).

But this is how music instrument design should work. It should be collaborative; it should have unexpected combinations of new and old. I love Berlin’s SuperBooth, but by no means would I ever imagine modular synths to exist at the center of the music world.

And so I found myself in the narrow booth of Paradis Products. They’re a legendary, boutique guitar maker out of a Swiss small town, producing exotic creations that look like what you’d splurge on if you’d just won a Eurovision contest. But they know their stuff, from electrical engineering to woodworking.

The woodworking side of the equation is who I got on Friday afternoon, so apologies to Heinz for I think terrorizing him. (I kept repeating the word “Eurorack” to his utter befuddlement. I unfortunately have less to say about mechanical engineering and wood. Matthias Grob is the engineer who’s more to the electrical side. )

Paradis make wonderful guitars, but they also make leading guitar technology. The Polybass is an instrument that seems enchanted – as bass notes follow every articulation. It’s analog technology which means there’s nothing stopping it from appearing outside guitars. 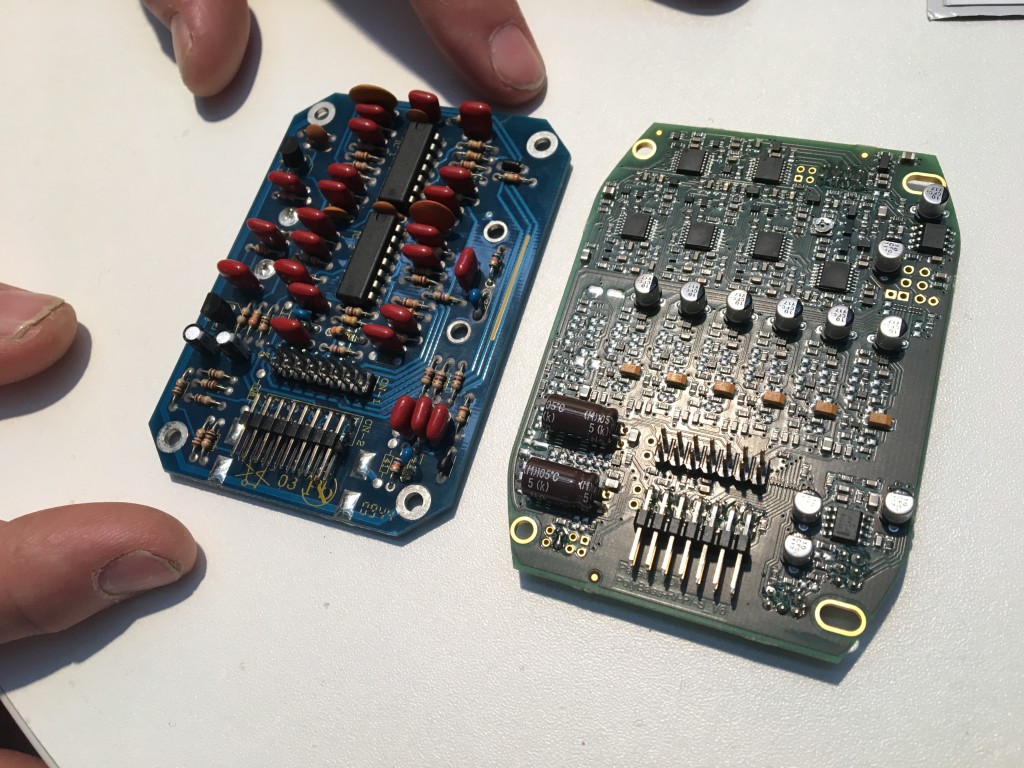 Side by side comparisons of the original and the new Polybass board – the latter coming soon to a Eurorack near you.

So here’s the plan: take the Polybass, and make, hopefully, a Eurorack modular by the end of the year. That’s where America’s Delta Sound Labs comes in. They explain to CDM: “Polybass by Paradis is a radical rework of the legendary Polysubbass that provides an audibly clear, sub-octave effect below performed notes.”

On the guitar, I could already hear how it sounds – that is to say, incredible. I can’t wait to hear this applied to other things.

And there’s more. The CHOPhilter is a classic attack detection and modulation VST. It’s got a UI that’s ugly as sin, but Paradis, Mathons, and Delta Sound Labs will work together to port it to 64-bit (done) and add a more aesthetically pleasing Delta skin (coming soon).

This is also a very Good Thing: apply amplitude modulation on note attacks, with amplitude and filter modulation effects and envelope controls. It also responds to MIDI input for more live performance options. (A quick play-around revealed some crazy possibilities – look past the UI at those parameters for a sense of what this can do.) 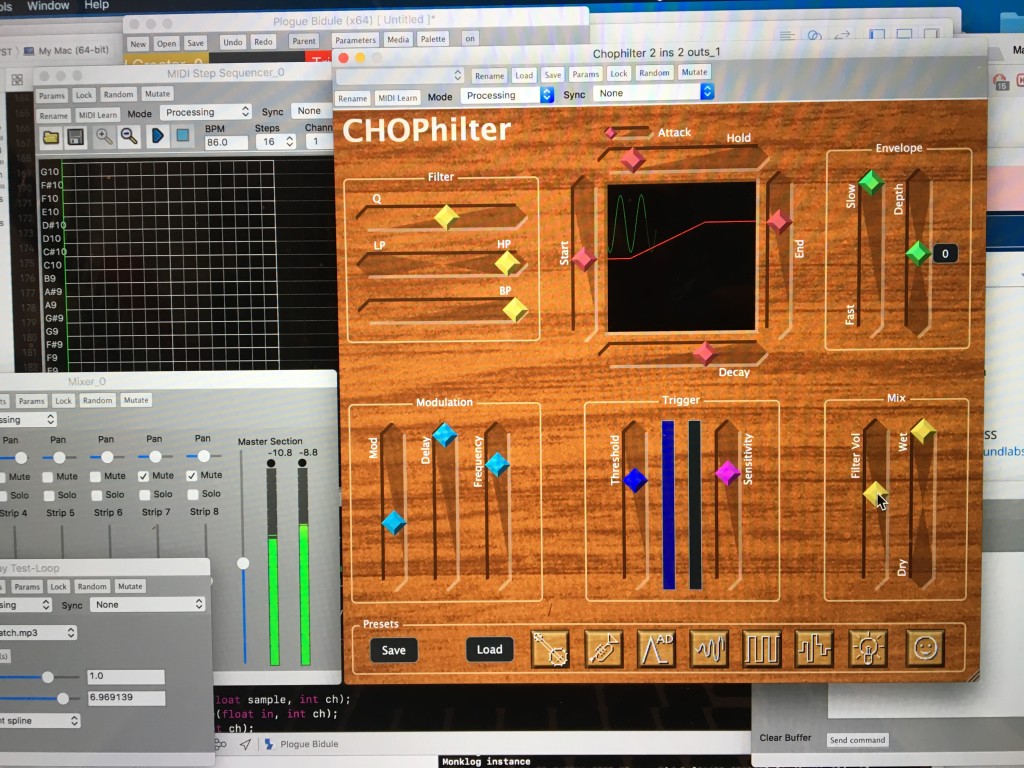 Memphis-based Delta Sound Labs, for their part, have done sound research and technology from gaming to film to music industries. And they do modules. And they’re musicians. Here’s Ricky playing around with their other project – a pitch follower that interfaces both with Ableton Live and via control voltage with other gear:

Stay tuned. We’ll be watching for these finished products.

How to try GPU-accelerated live visuals in a few steps, for free