SoundCloud last summer rescued its future financially and promised a renewed focus on creators. The first small steps of that creator focus are starting to appear – including one small but useful addition.

Last week, SoundCloud rolled out scheduled releases. From the ‘edit’ page on a track, you can choose a date and time to publish content publicly. They also have suggested some possible use cases – no doubt heard from their wealth of users:

You need an Unlimited Pro account to use the feature (but this is probably only of use to heavy users, anyway). 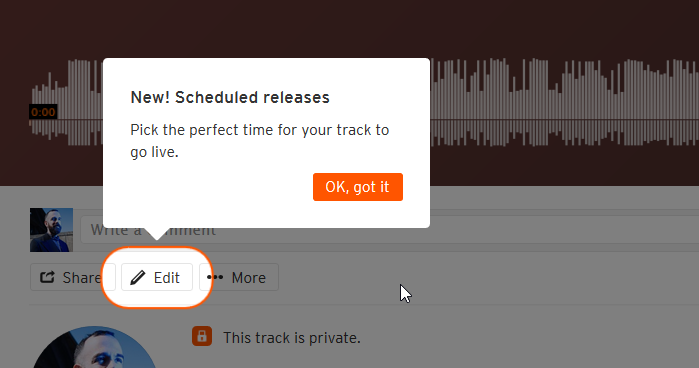 For most producers and labels, I suspect the major uses here will be timing publication of full streams with the release of an album, and scheduling those around exclusive streams for the press. (I’ll definitely be using that functionality myself.)

Functionality like this really matters. Much of the (understandable) frustration with SoundCloud came from users who were closely tied to specific features in apps and the Web platform, then had those features suddenly taken away. That might cut it for general consumer Web services, but serious users of creative products build elaborate workflows over time, and they’re going to remain loyal to providers who are mindful of their needs. In their push to growth, it’s clear SoundCloud didn’t entirely maintain that relationship. Now we’ll see if some attention to functionality can rebuild it.

In the meantime, users and content are still widely on SoundCloud, whatever hysterical headlines you’ve read. That is, for all the complaining, a lot of us rely on SoundCloud in absence of any real competition. That’s not just because SoundCloud has a big user base of potential listeners – it’s also because for many users, SoundCloud’s feature set is more convenient. (Narrowly focused on just adding players, that may not be true, but if you want a player with a network behind it, it’s another story.)

In other words, whatever the service, features make a difference. I’d also like to see this kind of functionality on Bandcamp. Label management and navigation there to me is simply failing to improve, with some major oversights that can make operating it a pain. (In fact, you can’t schedule releases on Bandcamp. You can add a release date, but you have to manually publish. Maybe there’s a rationale for that particular instance, but… that’s just one example.) 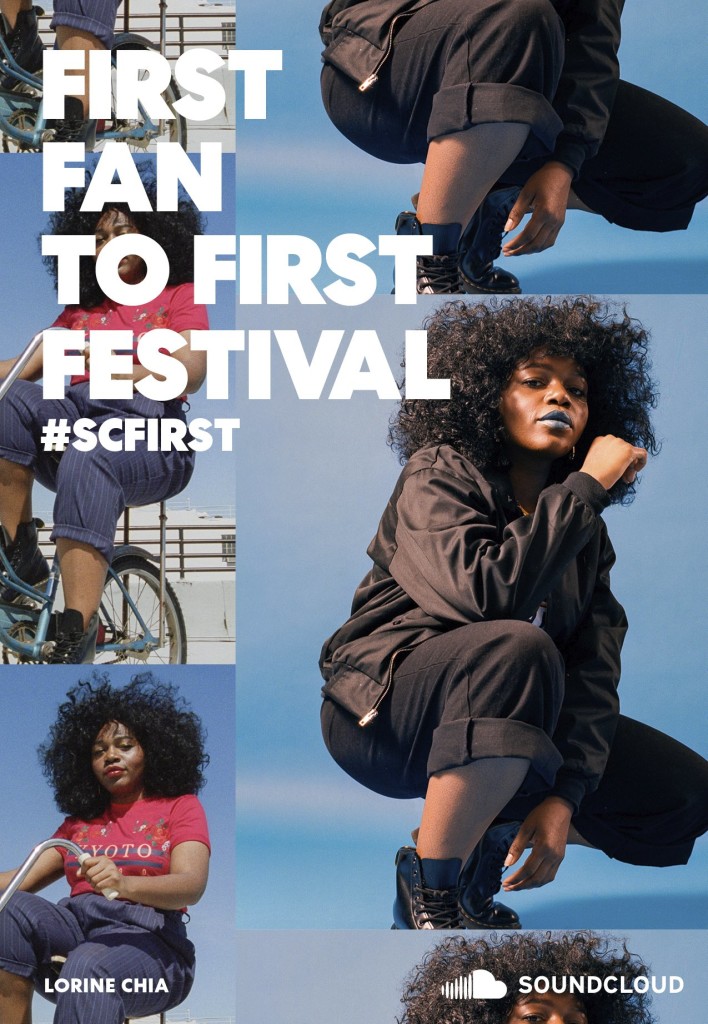 The other ploy from SoundCloud in March to win back serious creator users is the “#scfirst” campaign.

Users who tag their music with #SCFIRST have a shot at being included on a “First on SoundCloud” playlist, and SoundCloud Twitter, Facebook, and newsletter promotion. SoundCloud also says they’ll “fast track” consideration for opening up Premier monetization which shares revenue from streams.

They also launched the service with a marketing campaign built to showcase a selection of artists using the program. Those users also highlighted music acts using SoundCloud and interaction with fans there as part of how they built up their reputation. (Most were selected from the USA, with a couple from western Europe, which tells you something about SoundCloud’s present market focus – or who’s likely paying for their subscriptions.)

On this one, it seems a bit too early to judge. Spotify and iTunes each do editorial promotion of some music, and exclusives are often part of the deal – but as with many other aspects of those services, individual producers have a very low probability of being picked up. (Bigger labels and distributors tend to fight hard to get those spots for themselves.) So here, there seems a chance – however narrow – for the independent musician and label to even out the odds. Then there are stores like Beatport that will also likely tie exclusives to particular promotion.

Juggling exclusives is itself a bit frustrating, though. Synchronizing availability is generally what artists and labels would tend to want to do to maximize exposure; getting tied down to exclusives is essentially gambling away that control and wide audience in the hopes the exclusive partner will make up the difference. And in the case of “#scfirst,” it’s really a shot in the dark, since by definition you don’t know in advance whether you’ll be picked up.

Then again, “shot in the dark” pretty much sums up the process of releasing music in general.

As with the new feature focus, it’s really up to SoundCloud to demonstrate that this stuff will pay off for users. What I will say about SoundCloud the service is, they have the potential to be an ally of the people making the music and releasing it independently. That’s just not true of a lot of what’s in the online music space.

Watch this space. I hear from readers that you want more, and a small feature update and a marketing campaign clearly fall short of SoundCloud’s promises from last summer that they were shifting focus back to users. I’ll sit down with the leadership at SoundCloud hopefully soon to understand their plans.

There is reason to expect some shift in direction. Kerry Trainor is the new CEO, taking the place of co-founder and original CEO Alex Ljung, and Eric Wahlforss has moved into a new Chief Product Officer position the company said would see him emphasize just this kind of user experience. They have to actually deliver on those promises, though, if they want to shift user sentiment.