Sometimes, tech looks stylish in the way you’d expect it to look on the deck of a starcraft. So if Eurorack makes you think “old-fashioned,” meet the Klang, a chord creation module from Norway.

After years – okay, decades – of noodling about mostly in monophonic space, the modular scene is discovering polyphony. But that generates an interesting compositional question: how do you make chords accessible with the twist of a wrist, with patch cord signal and encoders?

Klang is a kind of dial-a-chord solution: there’s an encoder for each of the four voices in a chord, so to get a four-note chord, you twist four knobs. That’s straightforward enough, but it’s the visualization that gets interesting: there’s a retro-chic clock face on a color display, showing both octave and pitch. And naturally those encoders and the clock face are color coded so you can keep each pitch separate.

What time is it? Chord time. You can store up to 99 of these four-note chords, and step through progressions by button, or trigger or gate signal. There’s also a bipolar input for transposition of chords. Then you output each voice (note) via separate voltage outs.

That’s clever enough, but it’s really the presentation and packaging that make it. It’s probably the prettiest module I’ve ever seen. 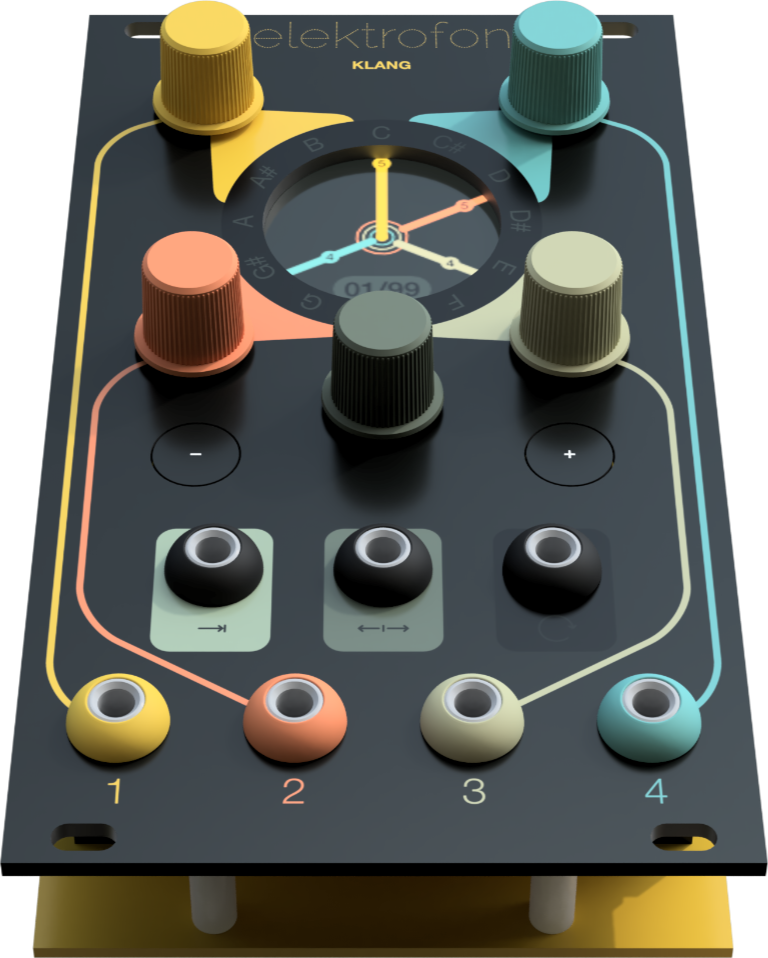 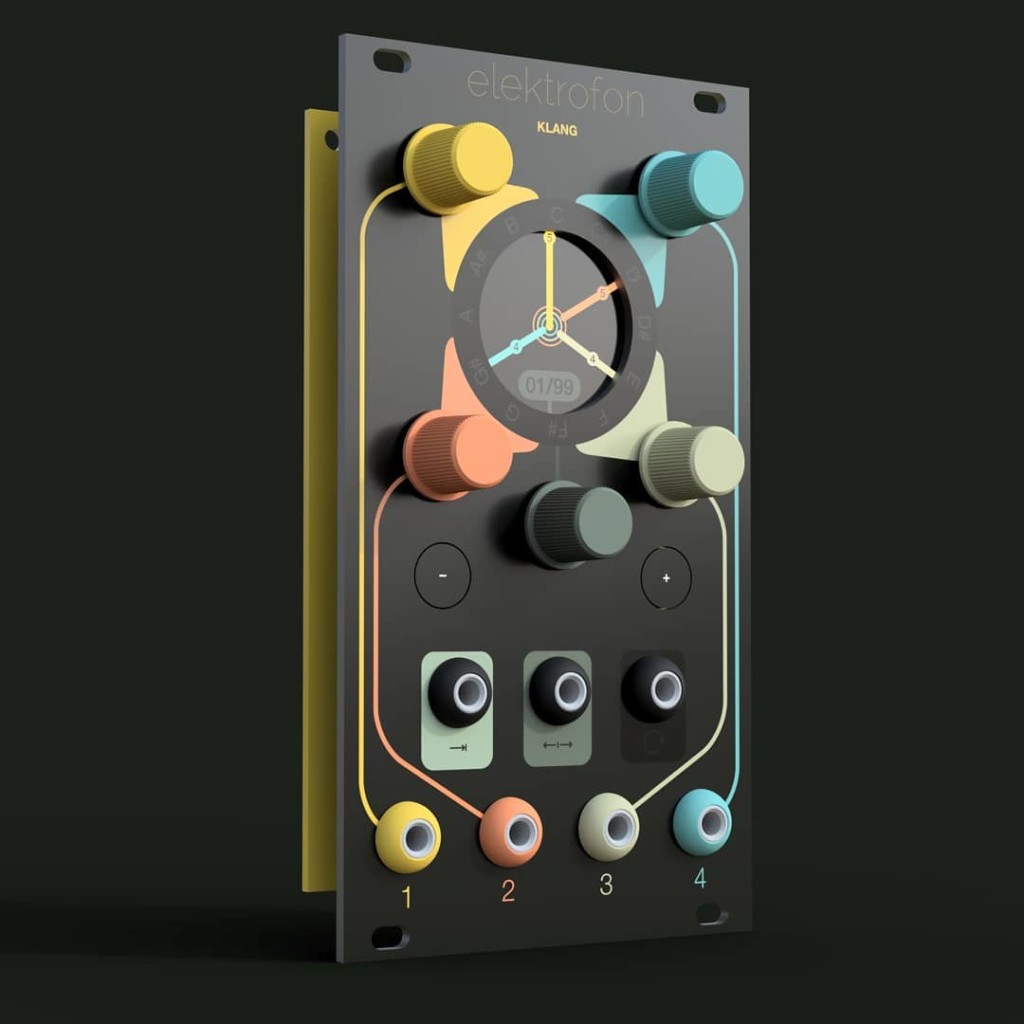 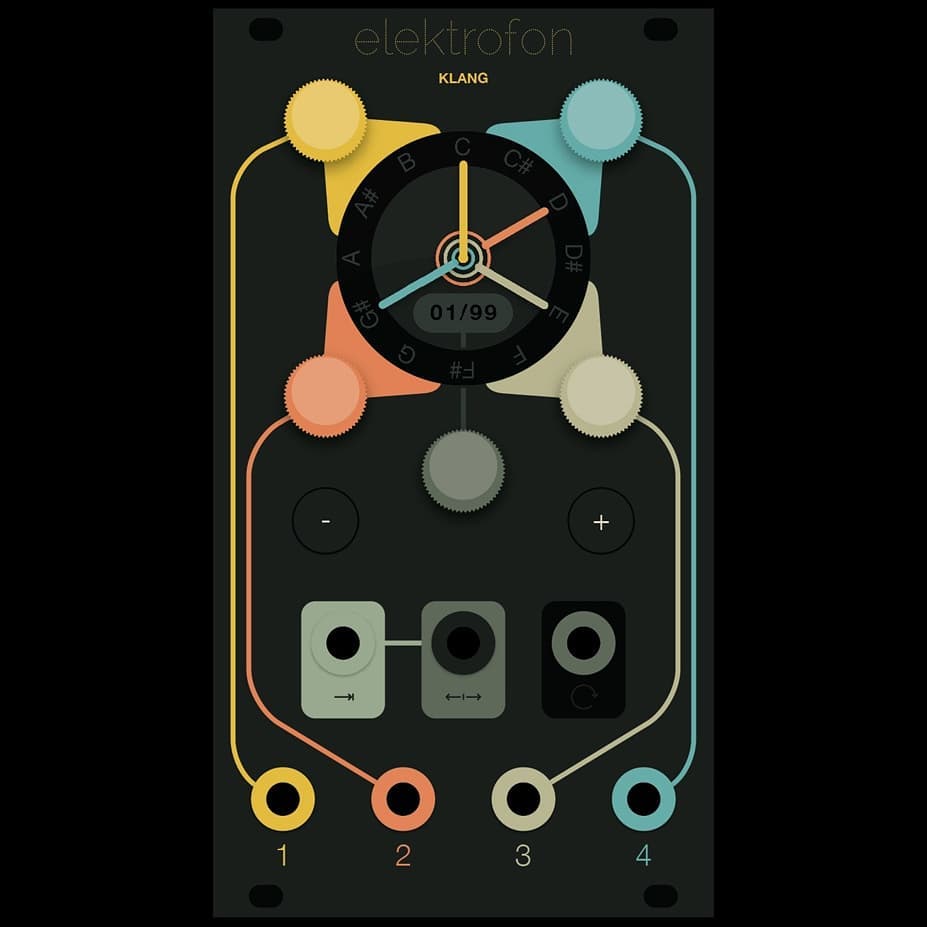 Cost: unknown. But a few people did grab (less pretty) videos of it in action at Superbooth in Berlin earlier this month.

The creator has another project in store – the Elektrofon – Campaign case, which promises a “quick disconnect” system. Looks like a nice way to store your modules in the studio, then disconnect to put in a live/flight case. 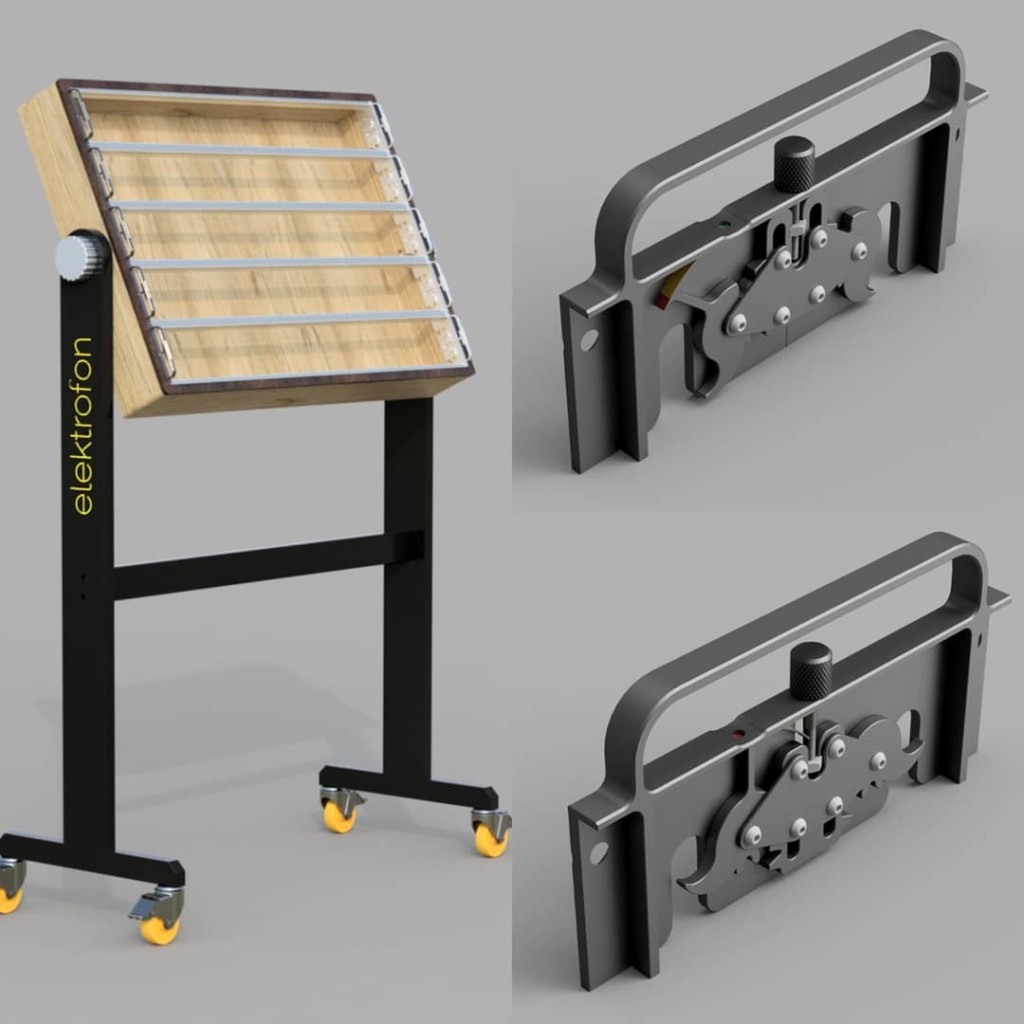 Rune Warhuus is the creator of this module. Please do follow him to encourage him to make more gear like this and post more gear pr0n. Thank you.

Details of this module – currently the only one detailed so far under the Elektrofon moniker – at the manufacturer site:

And of course you’ll find this on MODULARgrid.

Thanks, Lisa / Noncompliant, for the tip.

Get a powerful spectral delay, free, in MSpectralDelay plug-in

Venezuela to Berlin, Hyperaktivist on MESS, love, and music community