Talk about less is more. The Arturia DrumBrute impact is sure to be a hit at US$349 for a packed analog drum machine – but its newfound focus and re-built sounds also make it more fun to play.

Fitting a drum machine into a smaller size and cutting the price this low does mean taking some things out. But it’s what’s left in that may make people find the DrumBrute Impact appealing.

You know what time it is – obligatory launch video time. Ed. note: Oh, I should have watched this before embedding, maybe. Well, the sounds are good, and … slow motion interpretive dance, for some reason.

Arturia has been trying their hand at drum machines for a while. It began on the software side, with the Spark series, but the workflow and functionality of that line never seemed to grab users quite like with Native Instruments’ Maschine or Ableton Live combined with Push, to say nothing of people who want to get away from the computer and use some hardware. The DrumBrute was promising, packing some novel analog sound circuitry together with workflow features from Spark and BeatStep Pro, but its sound felt like a work in progress. (Case in point: my studio neighbor has one and loves it, but he mutes the kick and replaces it with something else. Making drum machines is hard. 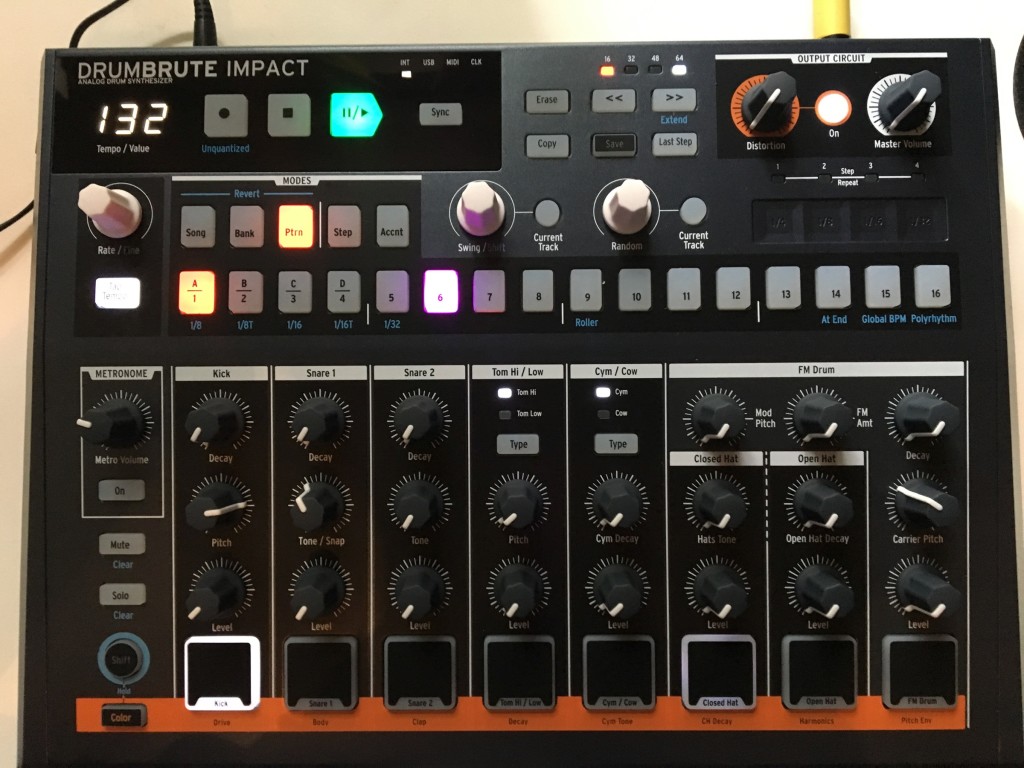 So, that’s the surprise of DrumBrute Impact. The “impact” which I thought was just smart marketing for it being small and cheap actually is a clue to the fact that the Impact has all new circuitry inside. It’s the Arturia brain here, but the soul has been upgraded.

Finally, Arturia have made something that doesn’t just feel like another Roland TR drum machine. And that’s good, because much as I love the TR, having only that color is a bit like having a Wurlitzer but no Rhodes. But simultaneously, it also sounds like a new set of sounds you want to use, without requiring you to invest a huge amount of money in those sounds. The original DrumBrute sounds pretty good – don’t get me wrong – but this sounds better, which is …better.)

The result: this thing hits really hard. That matters. We’re humans. We like things that go thud. We can feel it. This isn’t theory; it’s visceral.

You get a full complement of parts, each analog and with controllable parts. “Analog” remains something of a marketing hook, but the important thing about these parts is you get a set of sounds you can manipulate directly. That means: 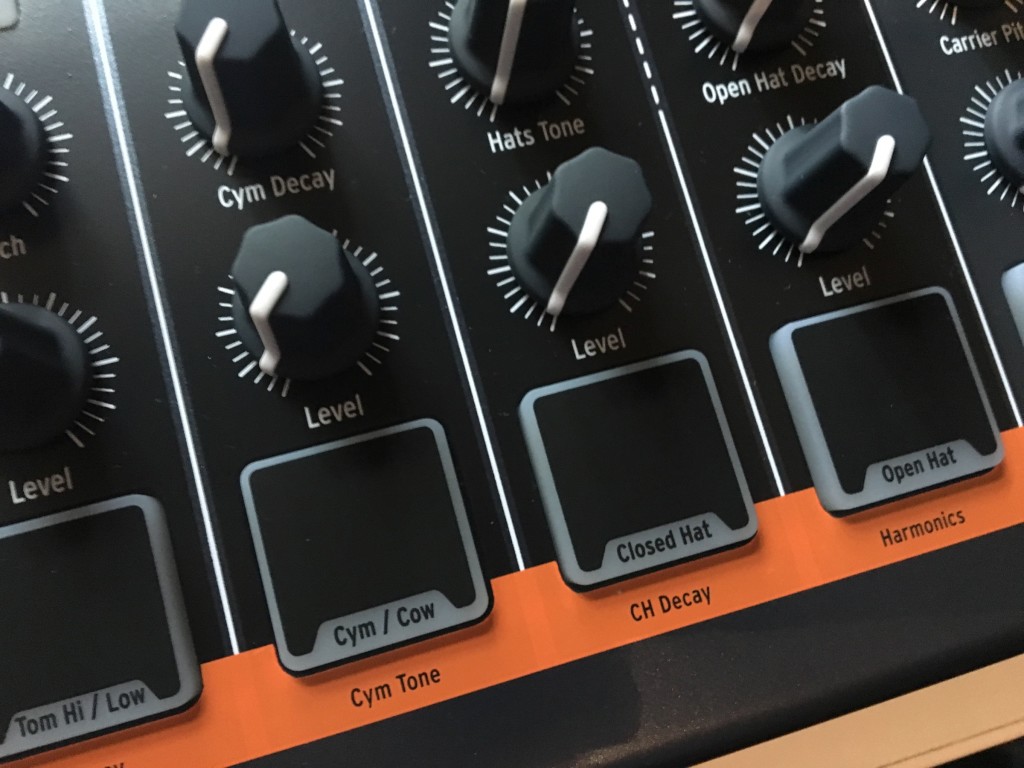 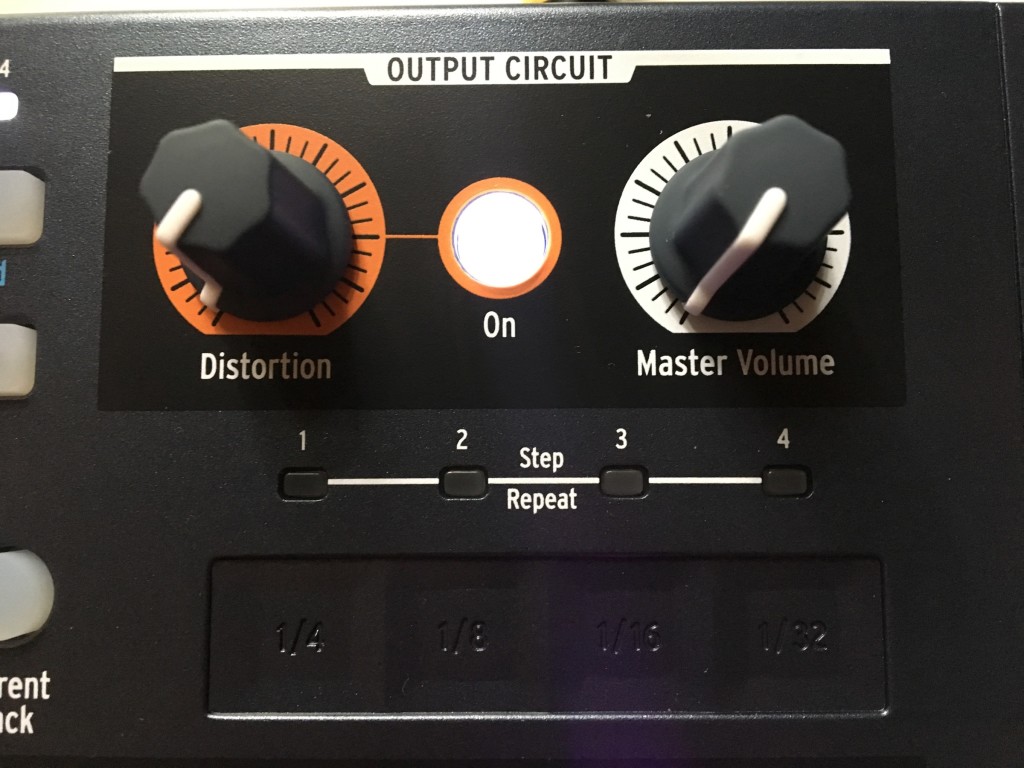 I’ll work on some videos and music in the coming days. Drum machines are all about taste, so you may differ, but I liked each one of these sounds – which is really hard to get on a new machine. (The TR has a huge advantage based on familiarity, too. None of us can really say what we’d think of it if someone brainwiped us and we hadn’t heard any the music made with Rolands over the years.)

More importantly, you get a huge range as you twist the encoders on these, with a sense of power across that range rather than that usual feeling of … okay, this is the sweet spot and the rest is shite.

Snare 2, for instance, can sound like a rimshot or a clap, even, depending on where you adjust it, and lots of things in between. Tom Low easily doubles as a kick with a darker color. The cowbell is an exception, but it’s a nice grown-up homage to Roland.

It’s really the FM voice that’s the big winner, though. And it’s clear you could not only cook up some unexpected percussion with it, but also hack it into a usable, potentially weird if you want, FM bass synth.

If you want lots of I/O, well… come on, this thing is $349. But you still do manage a mono mix out, four separate outs for parts, and dedicated clock in/out, MIDI in/out, and USB. 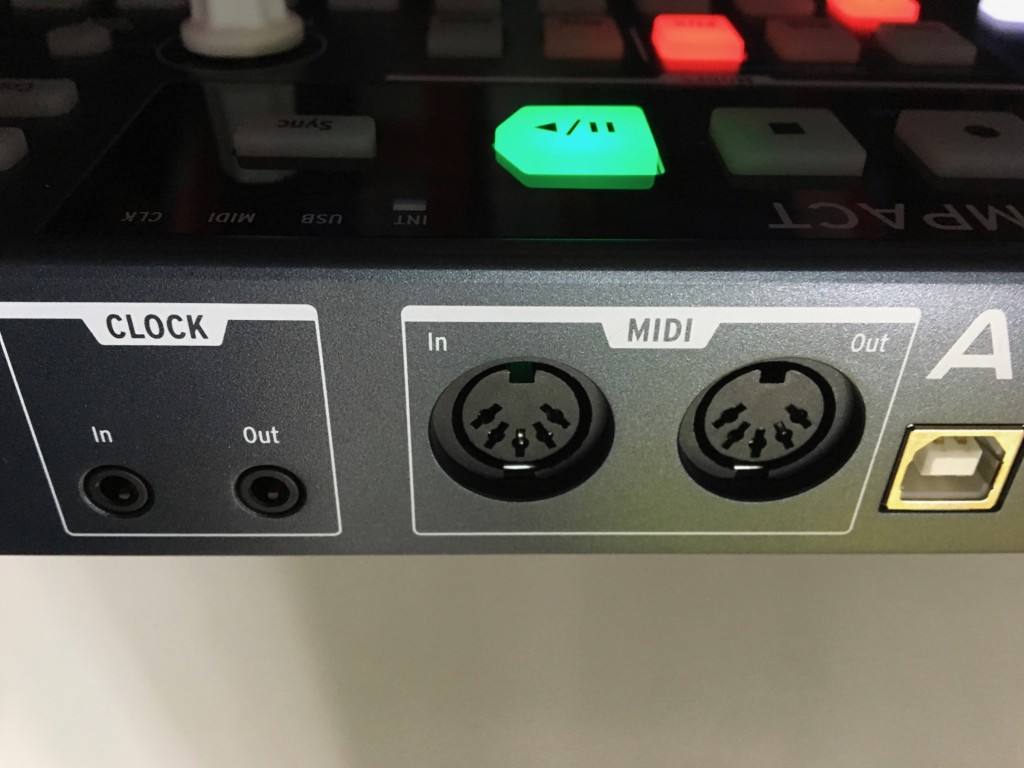 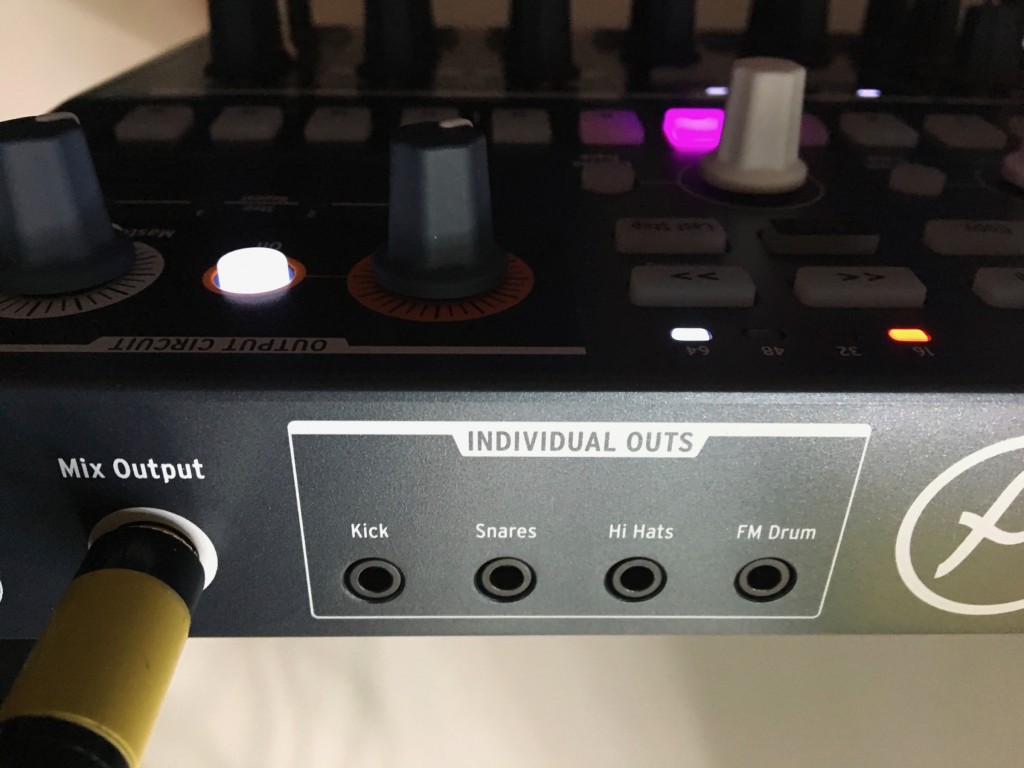 Arturia could have made this a fairly dumb box that’s just a sound engine, but they crammed a whole lot of powerful features for playing into it, as you might expect from some of their past outings. So you get: 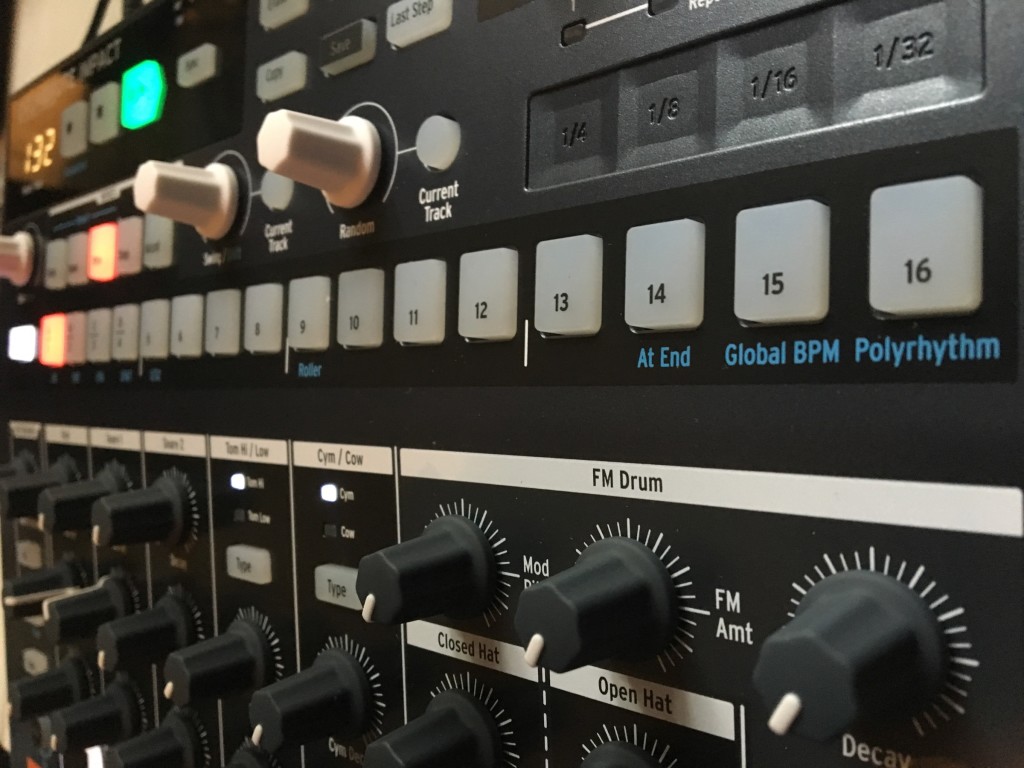 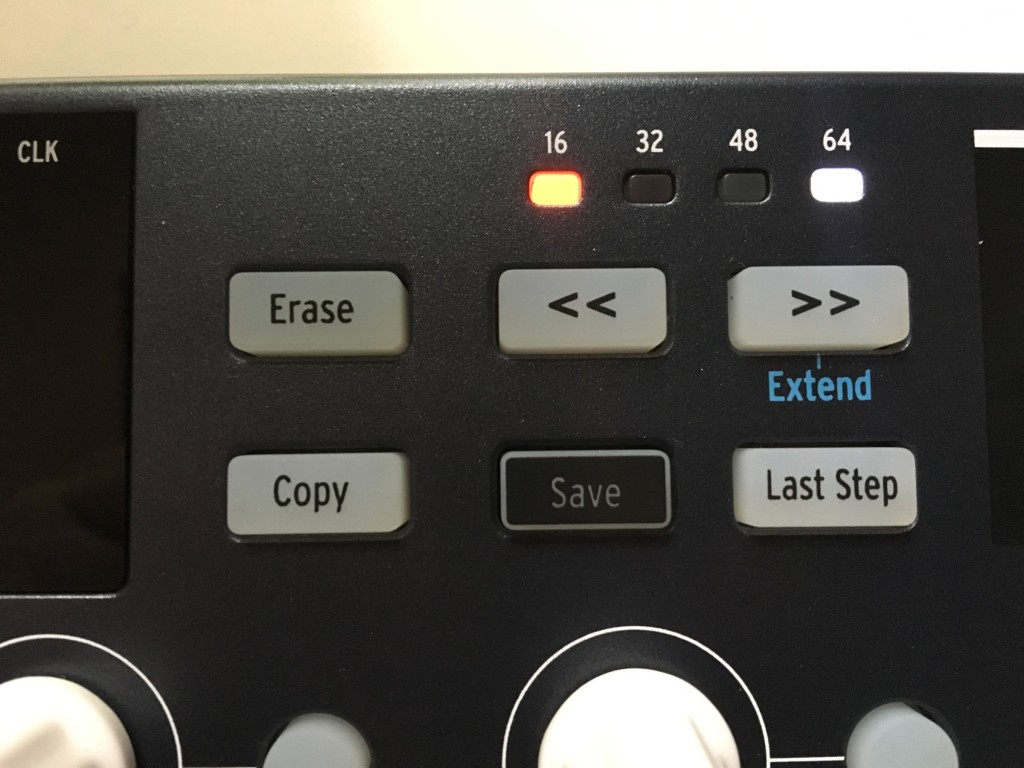 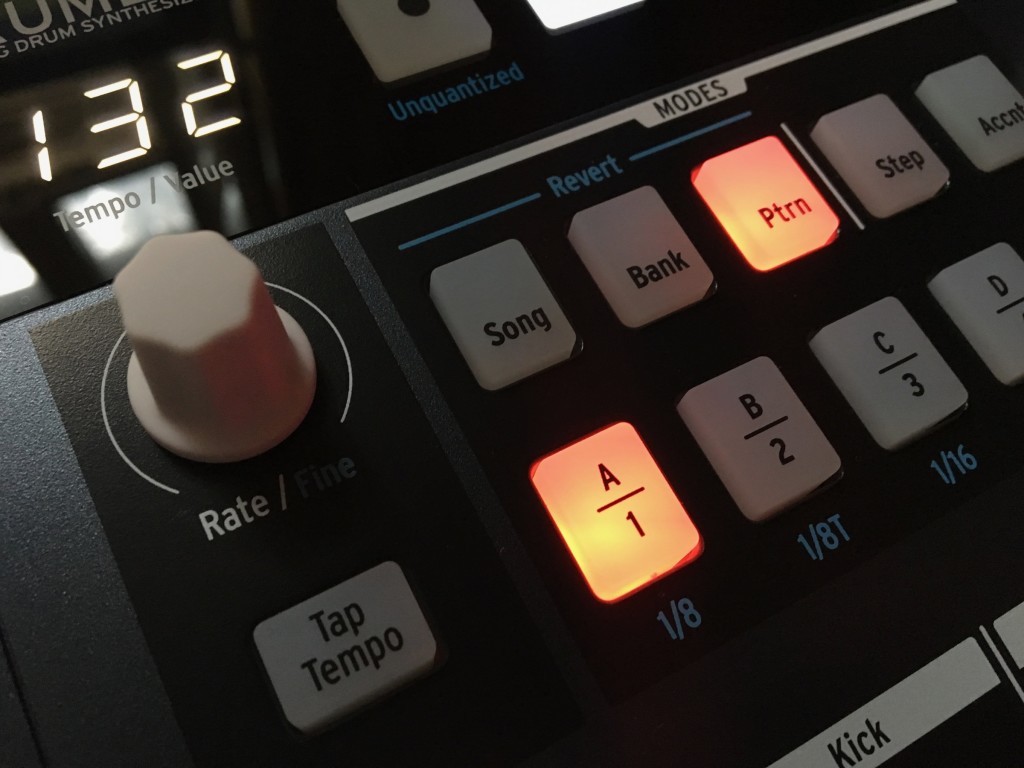 There’s even a metronome that automatically overrides itself on the main out when you plug in headphones.

You don’t have easy MPC-style note repeat, which I personally prefer to those touch rolls, and the drum pads are basic (though you get one for each part, unlike the more expensive Roland TR-8S). Other than that, it’s hard to complain.

One surprise is the distortion circuit. It’s nice, and adds some dirt, but I almost expected something raunchier. Anyway, it’s useful to have, and you can always run those outs through some distortion pedals and really go nuts. I did run it through some light effects and delays, and it sounds unreal.

It’s turning out to be quite a summer for hardware drum machines, with the ongoing success of the Elektrons (and some updates), the breakout hit Roland TR-8S, the coming boutique MFB TanzBar II, and now this as your cost-effective choice. If you’re still failing to play drum machines live or writing dull drum parts, you have no excuse.

Here’s a longer hands-on, by loopop:

Oh, yeah, I knew that Arturia launch video reminded me of something. (Watch to the end.)

Hardware
Tom Oberheim just got his name back from Music Tribe
Hardware
Roger Linn’s LinnStrument is back in stock, for your expressive grid needs
Hardware
Family-owned Auratone win defense of their trademark in Music Tribe / Behringer case
analogHardware
The Insolventunclesam is a synth about printing money, by Gijs Gieskes
We use cookies and other tracking technologies to improve your browsing experience on our site, show personalized content and targeted ads, analyze site traffic, and understand where our audience is coming from. By choosing I Accept, you consent to our use of cookies and other tracking technologies. Please read our Privacy Policy.