Is WhoSampled’s app set to be the Shazam of pro users?

One app for iOS and Android now recognizes songs – and links you to covers, remixes, and samples. WhoSampled just added song recognition.

First, let’s talk WhoSampled. The site is a database of sample sources, plus remixes and covers – basically, think Discogs for people who want to know where samples came from. This is obviously only really relevant to genres and artists that make heavy use of sampling and remixes, but for those, it’s a fascinating linkhole of musical connections. Here’s a look at Flying Lotus’ back catalog, for instance: 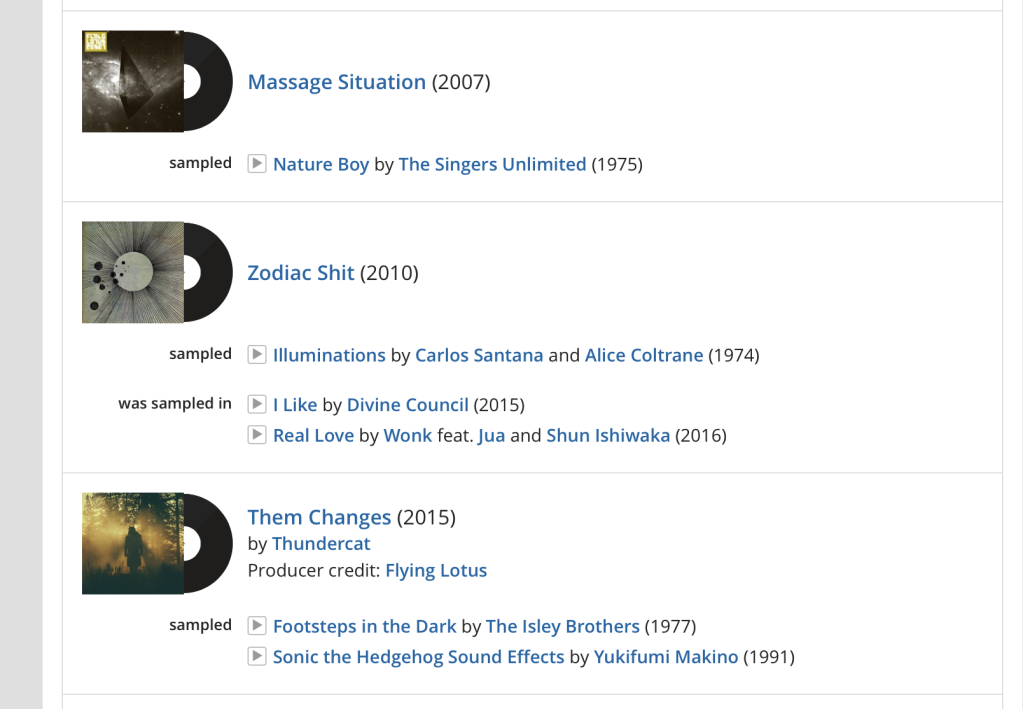 And like Discogs, that data is all human-gathered, not algorithmically collected.

The site already has an app that lets you manually look up that information. Now, you add music recognition. No word yet on whose algorithms they licensed for the recognition – accuracy and content depth remains a stumbling block for some music – but we’ll have to give it a try.

Why this matters: you get a whole bunch of functionality now in this app, between the WhoSampled database, the various features of the app to check out your music collection, and now music recognition, too. In short:

All of this will cost you a little bit. In an interesting pricing approach, they’re ad-supported and free on Android, but US$3.99 and ad-free on iOS.

For music recognition, you pay ten bucks a year USD, which then removes ads on all platforms (including the Web).

Take Your Music Recognition Game to the Next Level! Let the WhoSampled App Show You the DNA of the Music Playing Around You

Synths may be spared worst of US trade war – for now