Punctuate, saturate, EQ, and elevate with the latest Eventide plugins

Sound processing machines have always tread a line between necessary tool and creative effect. The latest mixing and mastering bundle from Eventide promises on both those fronts.

It’s called the Elevate 1.5 bundle, with two new plug-ins, and two major updates to existing plug-ins (including the titular Elevate). And it’s made for mixing and mastering, though there’s clearly appeal for production, too.

Kudos to Eventide for coming up at least with clever titles for the stuff in their most recent bundle, in an industry that, like carmakers, so often resorted to unintelligible combinations of letters and numbers. (BMW 325i? UA 1776 LN revision H? Who knows?)

So, you get the Punctuate, the Saturate, the Elevate … which are at least descriptive, if slightly sounding like EDM festival stages or energy drink flavors. (I’ll meet you at Saturate! E!-vent1d3 is on in 30! PLUR, bro!) And the … EQuivocate. Okay, that one earns extra points on pun factor, minus a few by sounding like what happens when you get yelled at by your mixing and mastering engineer.

But it’s what the Eventide processors do that’s very cool. Rather than simply emulate vintage gear – since you’ve got plenty of options for that – these are modern processors that focus on redesigning processing in a way that’s closer to how your human hearing works.

And appropriately enough, then, they’re part of a collaboration between Eventide and Newfangled Audio, a sort of boutique DSP algorithm house founded by veteran Eventide engineer Dan Gillespie. (Science!) 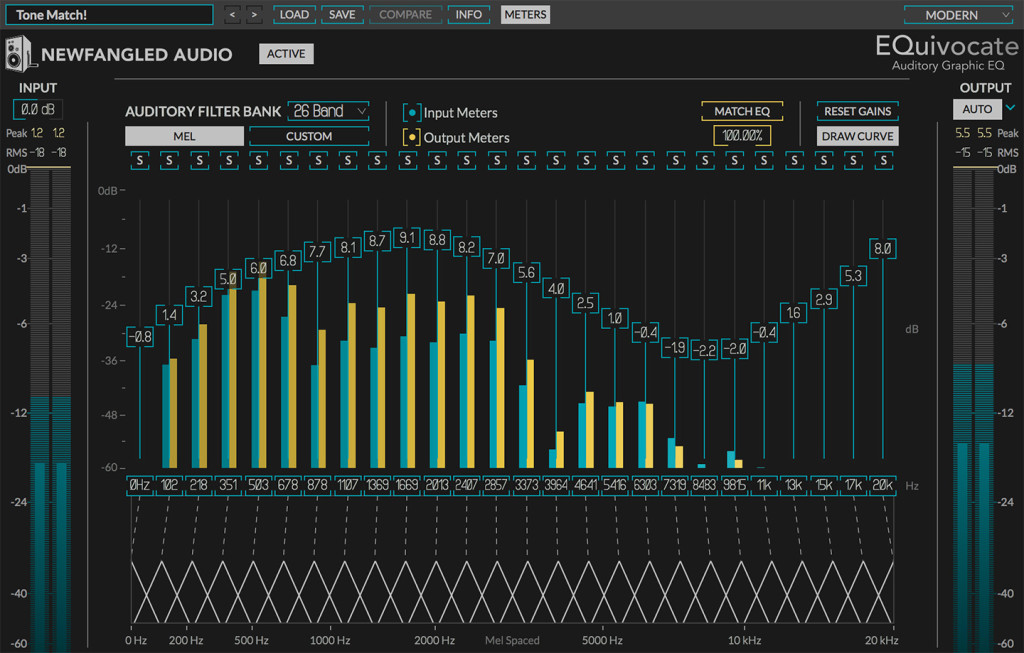 EQuivocate is a “human ear” EQ – so a graphic equalizer that’s designed not around a set of theoretical frequency bands, but around frequencies that you actually hear.

Elevate is a combination of multi-band limiter (so you get frequency-specific dynamics if you want), that “human ear” EQ, and audio maximizer. The idea, then, is to control both dynamics and frequency domain to max out your sound in a way that’s human-focused, bringing those integrated tools to bear on the mastering process.

New to those tools, EQuivocate has more controls and range adjustments, and Elevate adds a true peak limiter – so you get the futuristic features but without clipping or becoming broadcast unsafe in the process.

Added in this release, while the new bundle is only dubbed “1.5,” are two fascinating all-new creations. And they’re both all about driving the sound, in a day and age that calls for louder sounds, without squashing. 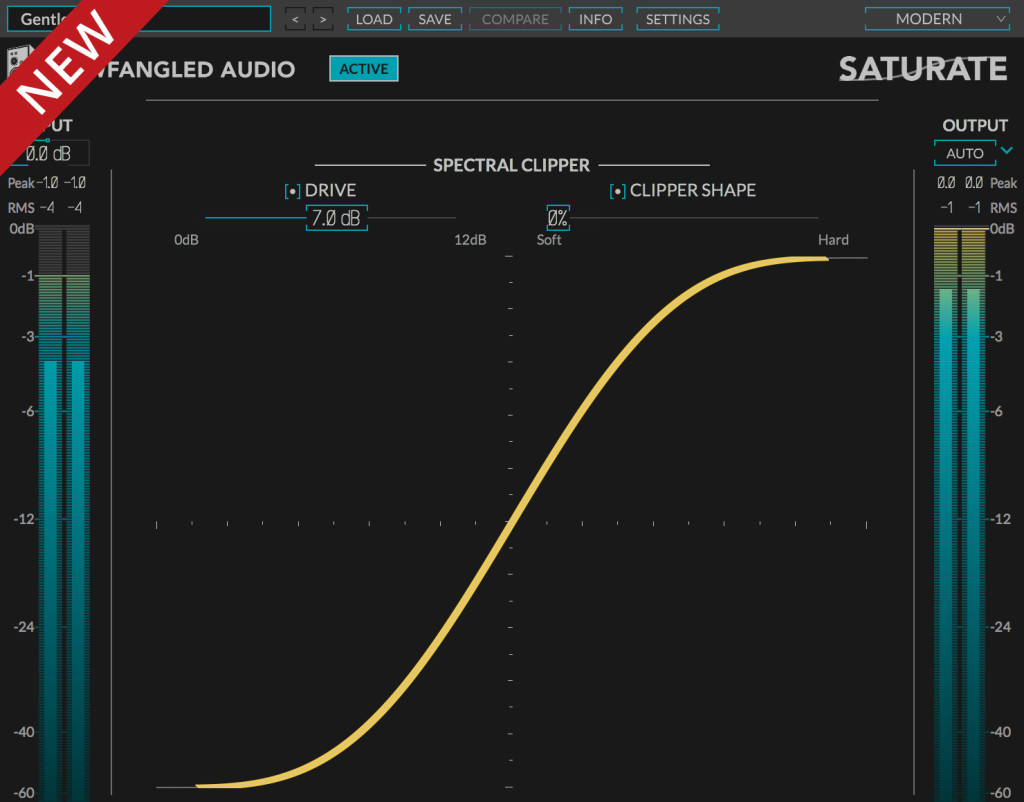 Saturate is a spectral clipper – so in addition to the 24dB drive, you can continuously control the way the sound curves and distorts. (Hey, I said some of this stuff could be fun to abuse in the production phase.) 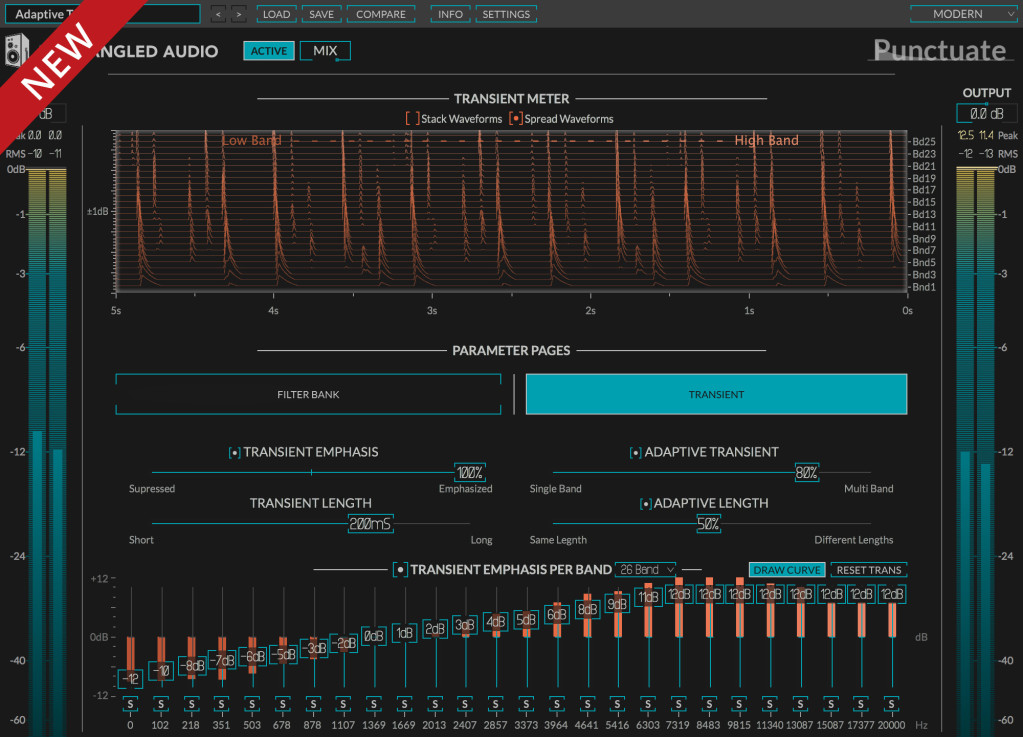 Punctuate is a transient emphasis plug-in – so you take 26 bands, again shaped around the human ear, and emphasize or suppress attacks. And that seems really appealing – the idea that you dig into shaping the envelopes of elements in a mix, beyond just applying conventional dynamics processing or compression with some blanket controls over everything. It’s less “big hammer,” more precision tool. (I think it’ll also be interesting to compare this to Accusonus’ Beatformer which – while not the same thing has some related ideas. DSP zeitgeist, basically.)

I always get a little nervous when magic tools for mixing and mastering are unleashed on producers who don’t entirely know what they’re doing. I should know – I’m one of those people. But on the other hand, the hearing-focused design of these tools and the ways they let you work with dynamics and frequency domain make them interesting to the creative process, too, when it’s actually okay that you’re messing around and breaking the rules.

I wanted to go ahead and write up this news in advance of a review, because I’m going to take a look with a couple of other producers/engineers so we can go 360-degrees on how you might use this. Let us know if this raises any questions you’d like answered (and anything else you’d like to see us review).

For you Eventide devotees, here’s the full list of what’s new in the existing two plug-ins in the bundle:

EQuivocate 1.5 Release Notes:
1. Added Range Parameter which will allow you to scale and invert the EQ curve, even after MATCH EQ is locked in.
2. Added Band Activate/Deactivate switches to allow you to hear the effect of each band in context.
3. Alt click now sets sliders to default in both DRAW CURVE on and off modes.
4. Updated some graphics
5. New UPDATE button will inform user when further updates are available

What makes music and creativity? A talk with Susan Rogers