Take a tour of the dreamy ACL modular synthesizer system

Part of the appeal of modular systems is there in the name – modularity. But as the modular market grows, there’s increasing demand for modulars that are again designed as coherent systems. The ACL System 1 is ready to serve as a synth on its own, or the centerpiece of a larger modular rig.

The ACL System 1 launched this week, available here in Berlin from Schneidersladen (and shipping elsewhere). And here’s a look at how all those pieces come together:

The Audiophile Circuits League do their assembly in Berlin – joining a growing number of boutique makers, including Koma, MFB, Jomox, and Verbos, just to name a few. With a direct-order price of 3930 EUR, it’s not exactly a budget synth. But figure that even pretty recently, digital workstation polysynths were going for near this … and a whole modular rig is a lot more fun. (The price of modular synths as a category, meanwhile, have absolutely dropped – this high-end model is far less than the historical instruments that inspired it, calculating for inflation, to say nothing of prices that drop down to literally zero if you go to software).

Okay, so what’s in there? 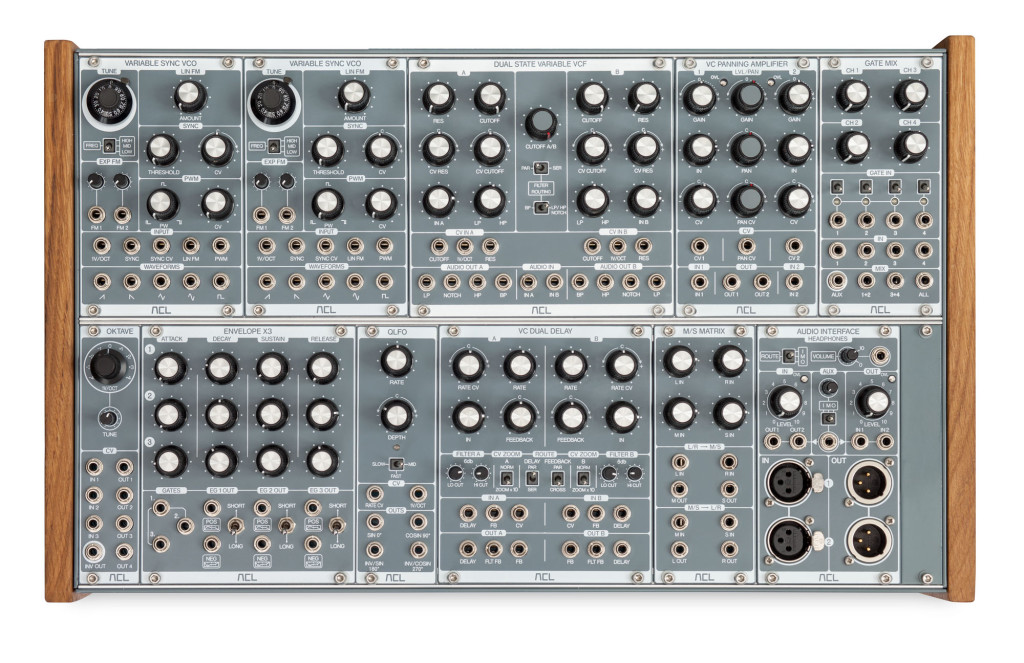 Basically, you get a synth that’s very inspired by Roland’s System 100M. (Roland, for their part, have also been resurrecting the Japanese modular lineage – something I hope we’ll look into soon.)

So you can make freaky synth sounds, lots of effects, and (of course) precise, thumping kicks. And the whole thing feels really nice, including some really luxurious knobs (they’re “Vernier dials” for anyone interested).

But… if you don’t know what the above means, then this probably isn’t for you.

There’s also an audio interface module and nice touches like a low impedance headphone jack – all the sorts of things that sometimes get overlooked by odd DIY modules.

Also, in a nod to the fact that this is a modular, they did leave a little (tiny) space for expansion, though those 4HP aren’t going to accomplish a whole lot! Most of the people I’ve seen buy these kinds of systems, though, already own a smattering of modules and are upgrading to an integrated instrument that sits at the center of it. (Yes, for those people warning of “Eurocrack” addiction, it’d look like that.)

I’m not personally in the market for something like this, but I always find them interesting to play around with and as a demonstration of how designers approach building a modular system. Nice stuff:

These folks being in Berlin, they’re neighbors to CDM, so if there’s anything you’d like to know or see, tell us and we’ll find out!