Universal Audio have dropped another of their semi-annual releases of high-end digital sound toys. And this one is revealing of how studio production is becoming more accessible. Plus, you get to steal Bill Putnam’s mic collection. Well, virtually.

A handful of players in this space always stand out – the likes of Universal Audio, WAVES, Eventide, Softube, Soundtoys, and more recently Slate Digital are all competing to give you clever digital emulations of studio gear. These tools command premium prices, at least compared to the stuff bundled with your DAW, but they also deliver results that can match massively expensive studio access or used equipment. UA’s value proposition has always been tying its stuff to hardware. And on audio interfaces in particular, that has advantages, like real-time tracking (no latency!) and gain behaviors that act more like the real thing.

The thing is, while these things aren’t terribly cheap, they’re also not outside the budget of a lot of producers. So developers now find themselves appealing to both seasoned producers and engineers – even those with a fair number of hours on the original equipment, or maybe a Grammy or two in the closet – alongside musicians who have decided to pretend they know what the knobs do. (Trust me, I’ve been in that latter category – I feel you.)

This could go horribly wrong. You could get a giant knob that says “make more loud.” But oddly enough, if you maintain a commitment to sound and ease of use can make both groups happier. The absolute beginner still wants stuff that sounds like their favorite records. And the person who produced those favorite records is the least likely to have time to deal with unfriendly user interfaces. (We’re all getting older. Yeah, those producers even often use presets – of course, because they know what the presets actually do and how to adjust them to taste.)

So, all of that is to say, I have to notice the Century Tube Channel Strip looks a lot simpler than a lot of high-end channel strips. 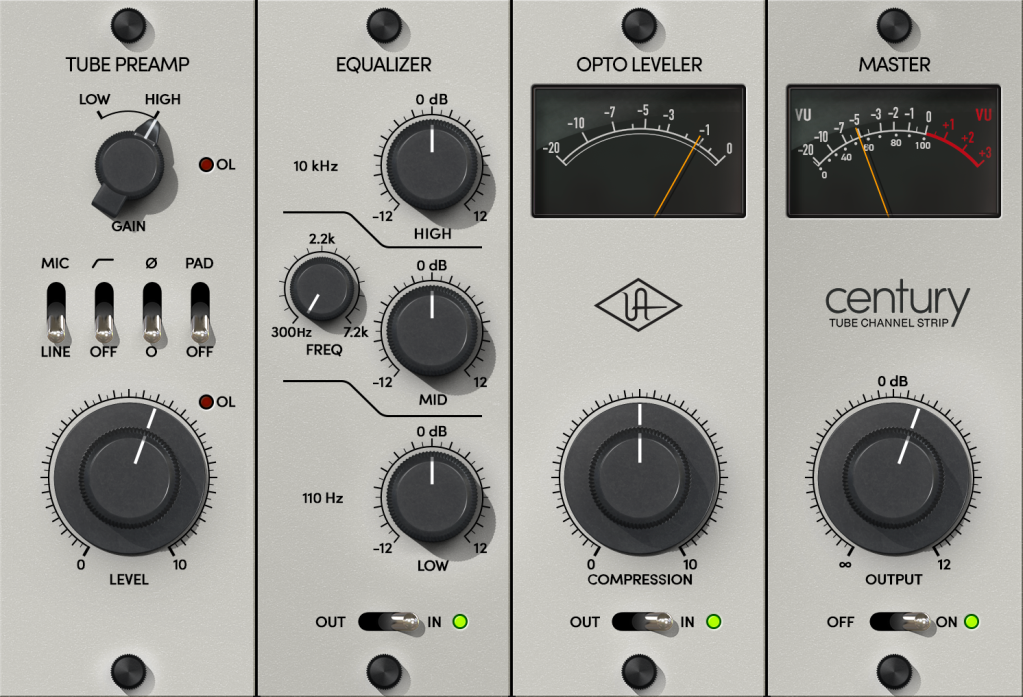 It’s actually ridiculously simple. But funny enough, that simplicity comes from UA’s experience with modeling decades of vintage gear, which in the days of analog circuits and higher per-component prices (to say nothing of real knobs instead of computer screens), tended to economize.

So it just looks like one channel strip with a vintage-style tube microphone preamp, equalizationfor sound shaping, and dynamics control (a compressor/limiter). It’s skeuomorphic – sorry Jony Ives – but with the general effect that things are easier to see and relatable in a general sense to hardware you may have used before.

One plug-in just does the bulk of what you need, in one interface. This contrasts with Arturia’s (completely excellent, by the way) “Preamps You’ll Actually Use,” which have sprawling UIs – here, the model is still vintage gear, but the controls are far simpler.

UA wants to do more than say you can use this with their real-time tracking. They want to tell you why:

You’ll use real-time tracking so you’re more likely to get the sound you want on the first take, as you play/sing, and then keep that take without second-guessing it.

At EUR/USD 149, this looks like an instant hit for UA owners, and with the Apollo Arrow a lower-cost, more portable hardware entry, I think the combination could be grand.

Vintage mics, in the box

The other nice news in this update is the Bill Putnam microphone collection. That’s Bill Putnam, Sr., the legendary engineer without whose contributions modern recording is hard to imagine. And yes, apart from being the guy who founded UA, Mr. Putnam worked with the likes of Frank Sinatra, Nat King Cole, and Ray Charles.

So, here’s the cool part: now you can track through models of his actual mics, including the Telefunken Ela M 251E, AKG C12A, Neumann U47, RCA 44, and others, with all the controls over proximity and pattern, before or after the fact.

Again, UA have a case for making you spend more on their software and combined hardware, because the payoff is that you can get near-zero latencies and hear the effects as you work. Computers could pull that off, but until they do so reliably, you’ve got this.

The magic of this working is all the work of the Townsend Labs Sphere L22 microphone. Short, non-engineering explanation – that mic picks up everything, so that then software can model the unique frequency and spatial response of a particular mic. 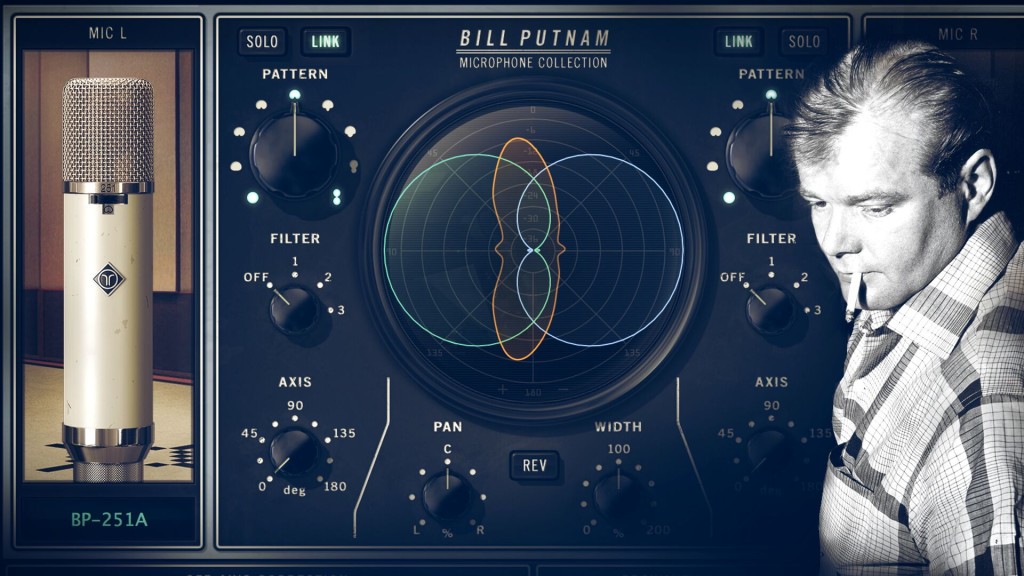 That UI means you can choose the behavior of the mics, virtually. Just don’t smoke, kids. Bill Putnam, Sr. (pictured at right) smoked, and he’s not alive any more.

Also out in this release is a Suhr PT100 amplifier. That’s notable not only for the Suhr moniker, but also plug-in effects capabilities included – syncable lo-fi delay, noise gate, tight and smooth filters and power soak, plus a preamp. And yes, there’s a bypass switch – thank you. I’m… mostly eager to try this one on drums. I’ll get back to you on that! US$149.

Plus, from Brainworx, there’s the rather nice all-in-one analog-style mastering chain bx_masterdesk, at $299. Also notable for Arrow users, the DSP usage on this will work on just one DSP chip. Brainworx makes some great stuff; there’s a ton of competition for mastering, but this still looks like a solid option.

All of this is part of UAD Software 9.6 – download directly:
www.uaudio.com/uad/downloads

Bible thumper: watch a circuit bent bible, made on a dare

Watch The Black Madonna DJ live from … inside a video game