DU-NTSC is a modular visualizer, AV toy, and video generator

From hyper-nerdy label Detroit Underground comes a new tool that both visualizes signals and acts as a modular visual instrument – a new way of looking at what you’re doing in modular sound, and an object for visual creation.

Eurorack may be saturated with modules that do sound, but get ready for the next frontier: more visuals. Boutique label Detroit Underground has been a retro-futuristic hub for just those sorts of audiovisual fascinations. Label head Kero is an audiovisual artist himself, and has gravitated to music with visual elements – not to mention he’s put out a glitchy app and website and even started a series of album releases on VHS. (Yes, VHS. Full disclosure: I somehow wound up on this series; my VHS tape drops in September. I’m still shopping around flea markets for a deck before the tapes arrive.)

DU-NTSC is really two modules in one. It’s a visualizer/oscilloscope – so you can look at signal in your patches. And it’s a hackable, creative visual module, capable of outputting visuals and visual signals. (Not everyone is interested exclusively in their rack doing sound; some also want to stimulate sight.)

Watch (with some Richard Devine sounds, of course):

The whole thing is based on Arduino nano, making it easy to hack your own patterns through some simple coding, for more of these wild black-and-white creations: 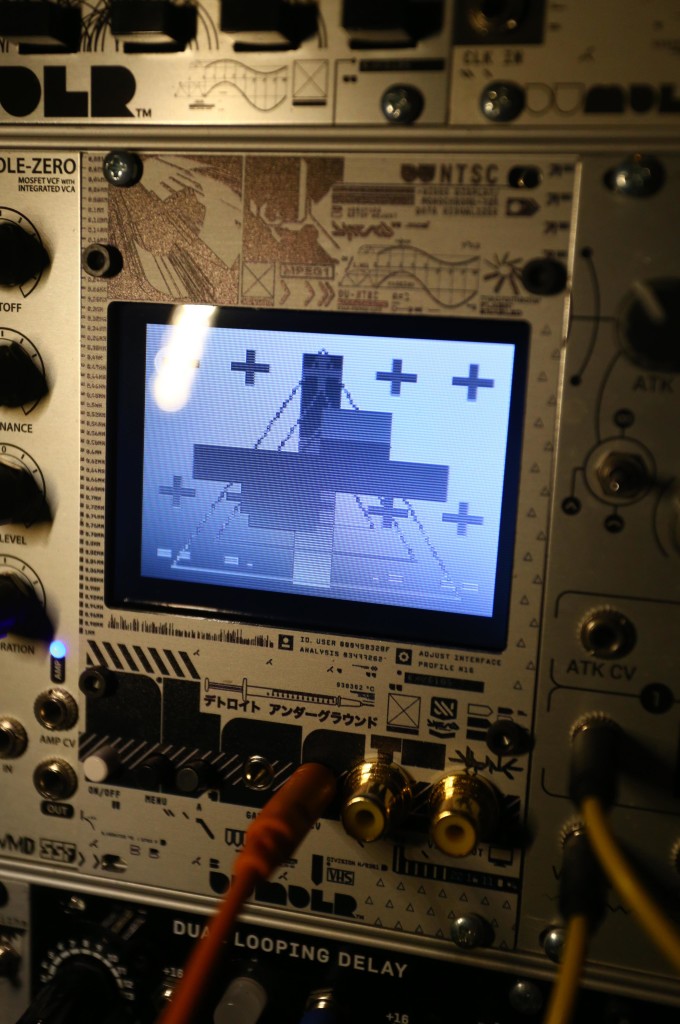 That patch-ability extends in all directions: you can use control voltage both to generate and control visuals, and gate keeps everything in time.

Here’s a video (via Kero / DU) of the module getting connected:

The project was built in collaboration with Razmasynth, a video modular maker based in France specializing in open source kits. And if you like this, you should definitely also check out their Telewizor.

Like Razmasynth’s Telewizor, DU-NTSC is based on Arduino Nano, so you can easily hack and create your own video pattern (making your own 120×96-pixel image) or upload code. 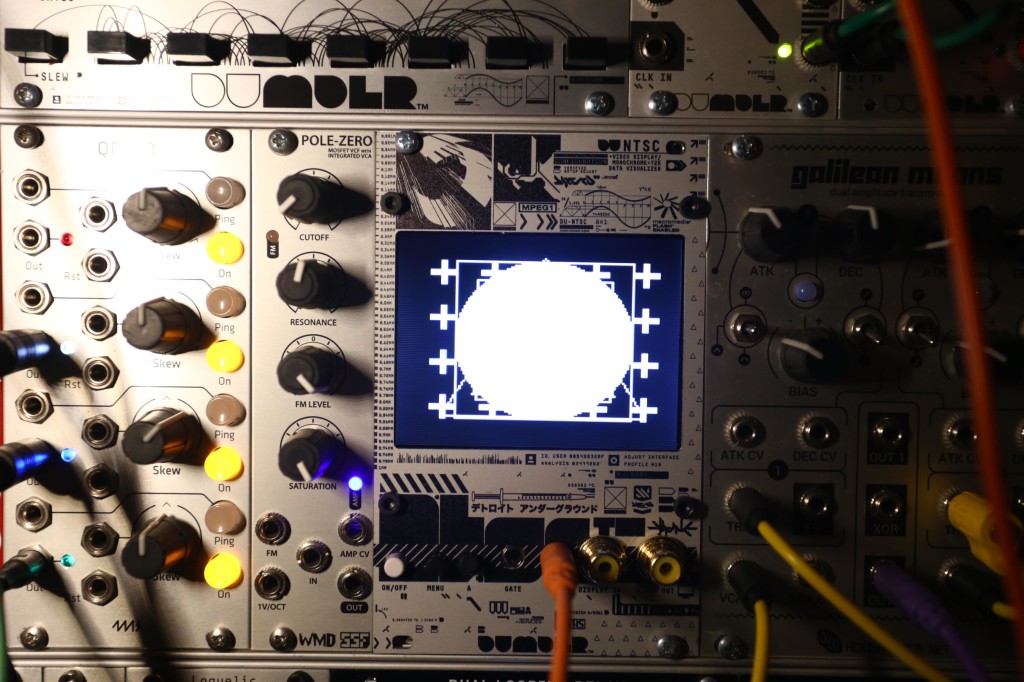 More video action – this video from Kero gives you a sense of what it’s like to use:

And Richard Devine accidentally teased this over the weekend with this tripping-in-space video using the module:

There are only twenty of these units, but I suspect this may be a sign of more to come in visual modules – both from Detroit Underground and in the scene generally. US$250 per module, available from Bandcamp (and including a free Richard Devine music download, of course):

Bible thumper: watch a circuit bent bible, made on a dare