The story of electronic music making is ultimately a human one, even as those humans work with machines. So as the Bob Moog Foundation plans a Moog museum and expanded education, we share seven images from the archives that follow a thread through that history.

The Bob Moog Foundation is a non-profit American organization dedicated to continue the legacy of its namesake. And now they’re expanding their educational project for kids, the Dr. Bob’s SoundSchool, which uses sound technology to teach engineering and science as well as culture. Plus they’re raising funds to create a physical Moogseum. And to do that, they’ve got some classic instruments to give away as fundraising items in a raffle (details below).

There are tons of amazing images and artifacts now in the foundation archives. But let’s examine a few that capture a set of moments across that history. Thanks to Bob’s daughter and Moog Foundation Executive Director, Michelle Moog-Koussa, for sending these to CDM. (Captions also courtesy Michelle.)

Roger donated this controller to the Bob Moog Foundation, and it is now part of their archives and will be present at the Moogseum. 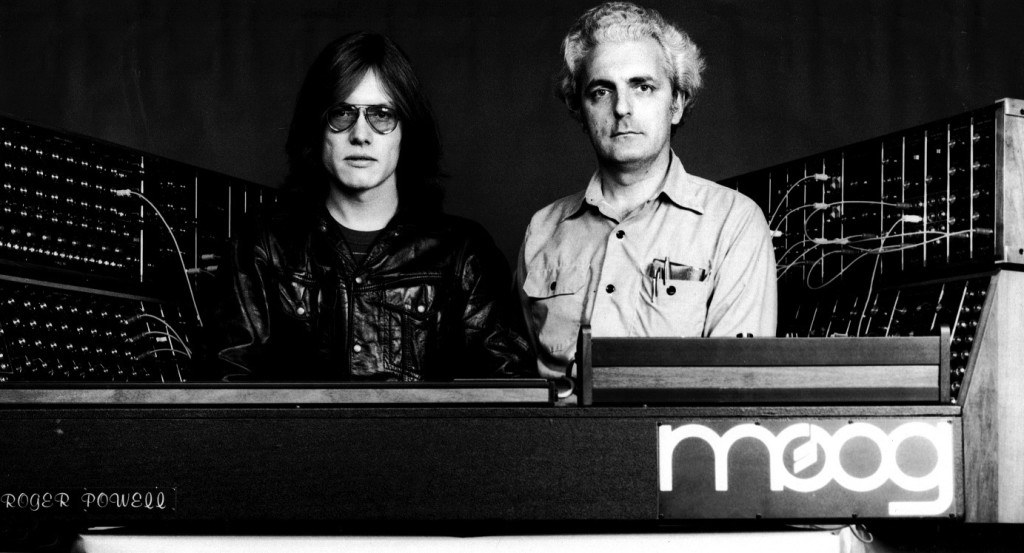 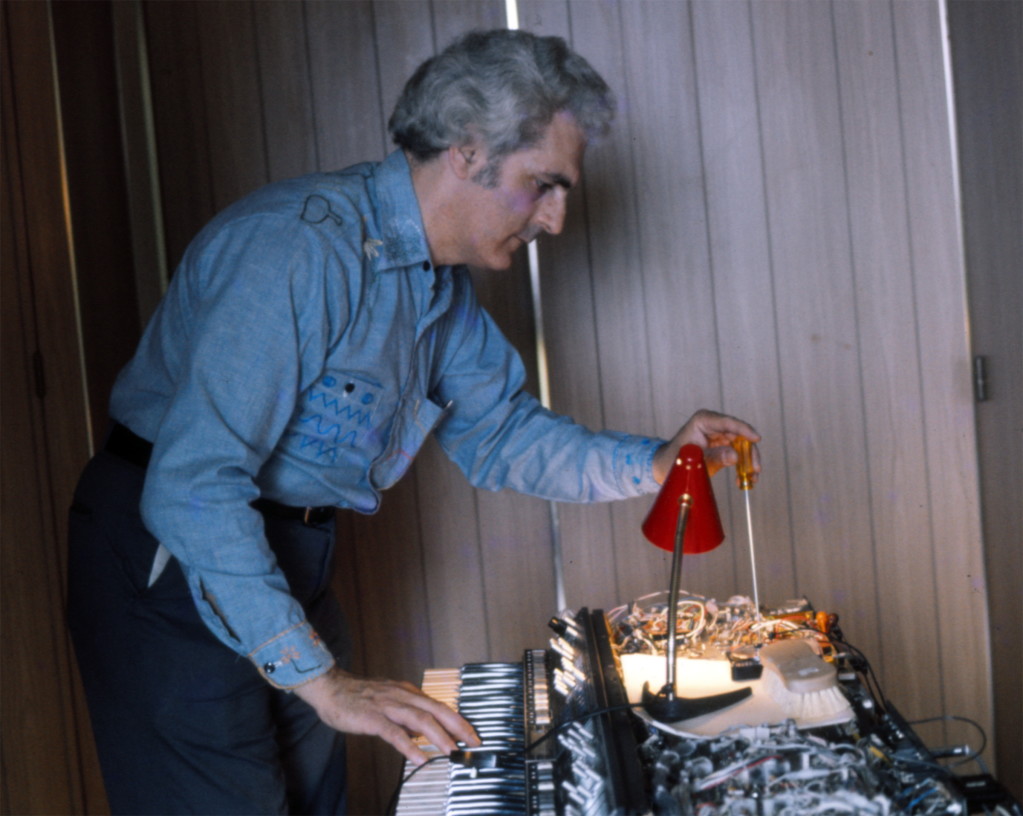 Bob Moog and Less Paul with the LAB Series Amp. 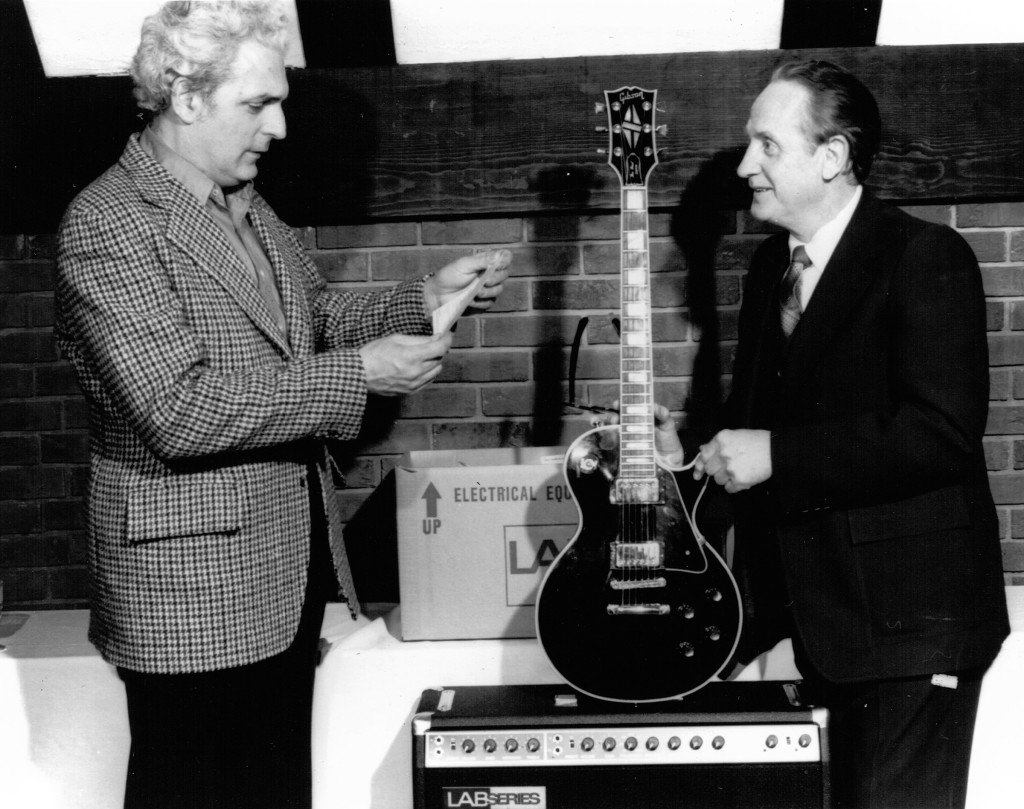 Mystery solved: We’ve confirmed the woman in between them is Cindy Noakes, conference organizer, and officially Director of Marketing and Promotion, of Digicon ’83 in Vancouver. (Moog Foundation asked Roger Powell; initially the image was incorrectly identified.)

If you want a long explanation of the trippy electronic world of 1983, check out this writeup by Paul D. Lehrman of what sounds like an amazing event: 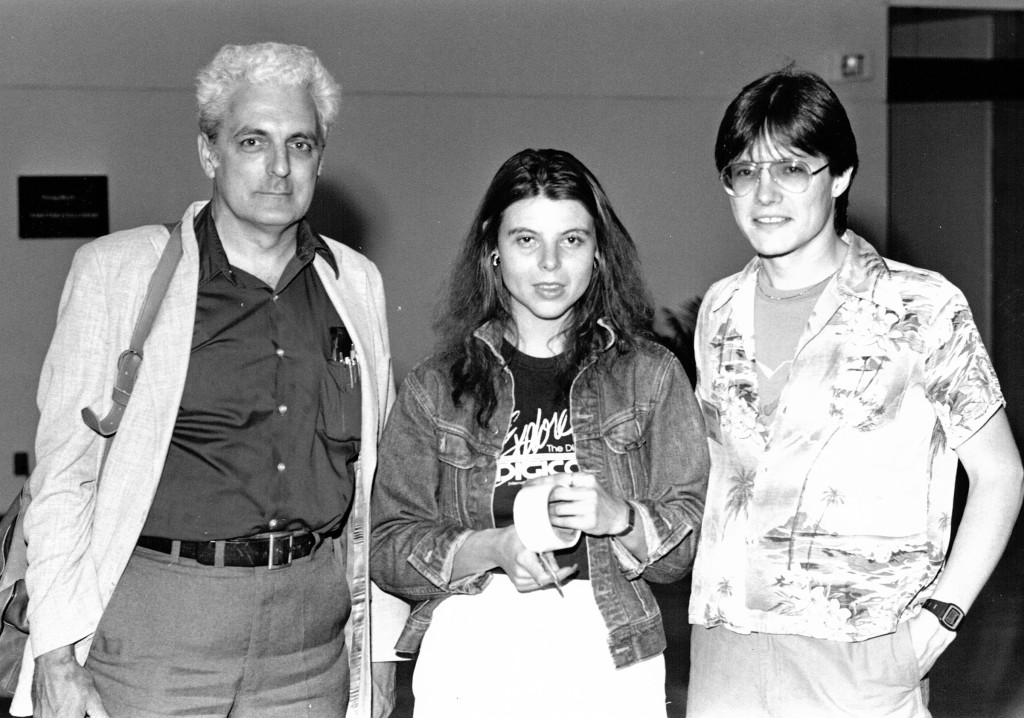 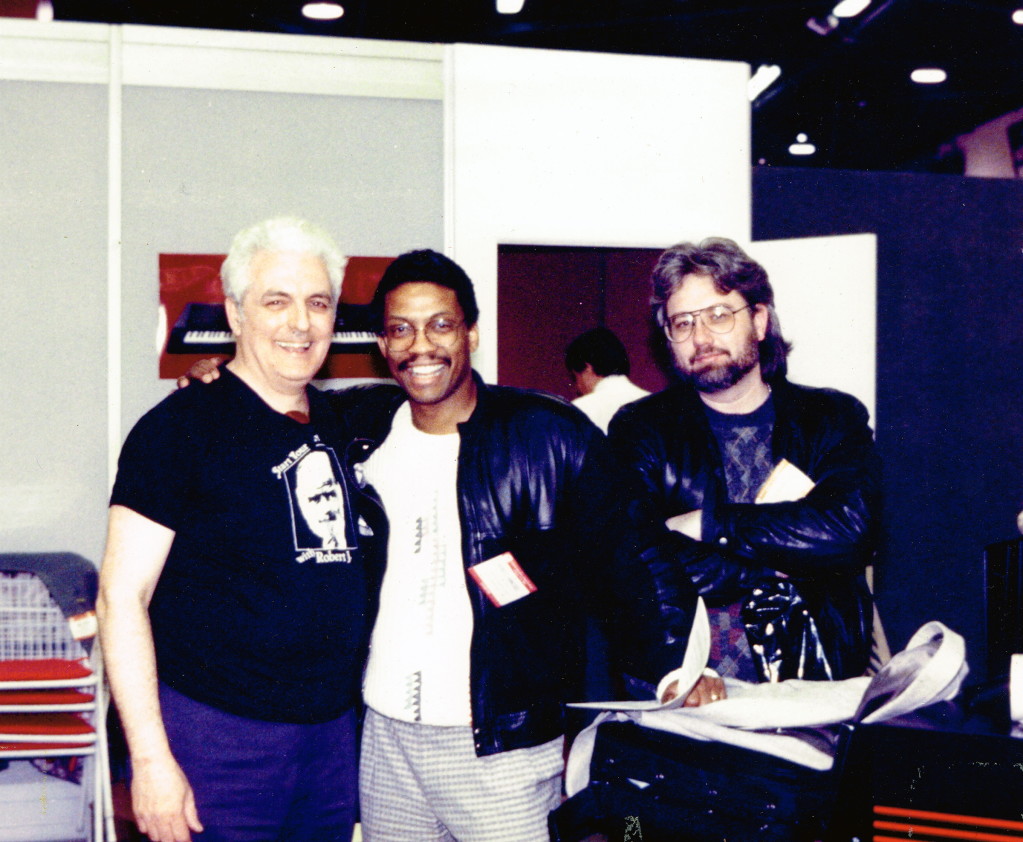 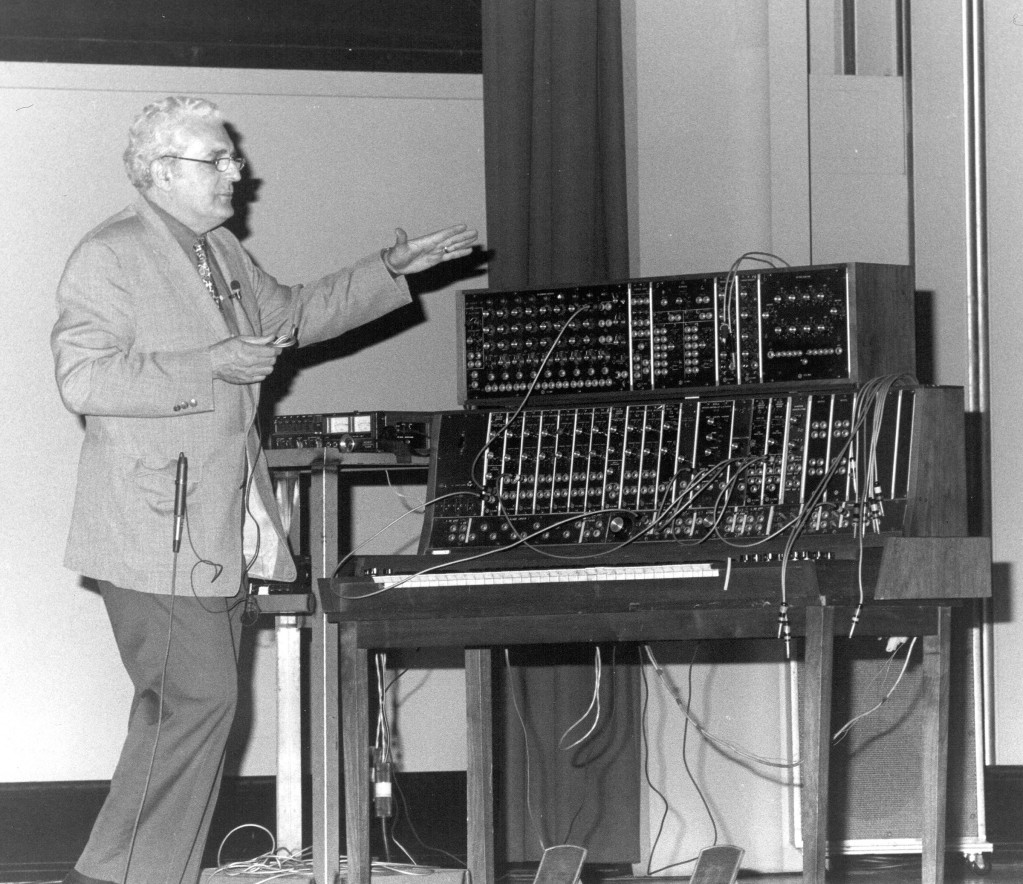 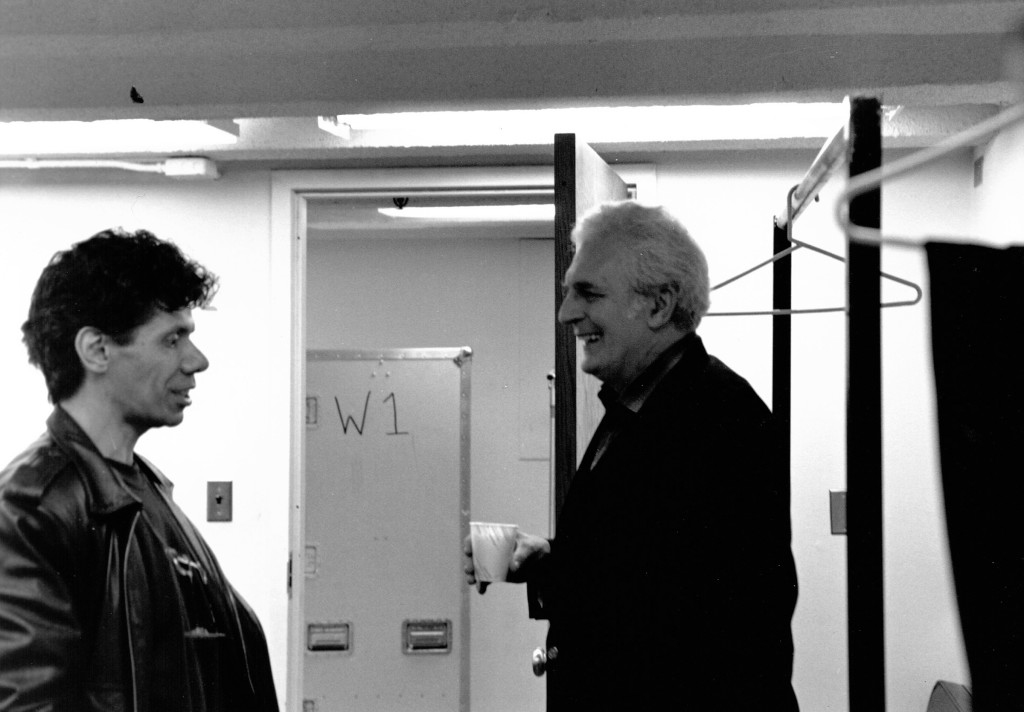 A Memorymoog, Moog Source, and Moog Rogue will be offered as first, second, and third prizes, respectively. The Moog Trifecta Raffle marks the first time in the Foundation’s history that it is offering more than one raffle prize.

The raffle begins on August 27, 2018 at 12:01am EDT, and ends on September 24, 2018 at 11:59pm EDT, or when all 5500 tickets sell out, whichever comes first. Tickets are $25 each or five for $100, and can be purchased here: http://bit.ly/MoogTrifectaRaffle
Funding raised from the raffle will be used to expand the Foundation’s hallmark educational project, Dr. Bob’s SoundSchool, and to help fund its newest project, the Moogseum, which was announced last week. The Moogseum, a planned interactive, immersive facility that will bring Bob Moog’s legacy and the science of sound and synthesis alive for people of all ages, will be located in downtown Asheville, NC. It is expected to open in April 2019, with an online Moogseum to follow later that year.

All three synthesizers were built in Moog Music’s Buffalo, NY factory in the early 1980s, have been fully restored, and are in excellent technical and cosmetic condition with minor flaws typical with vintage instruments.

The Memorymoog, serial number 1460, has an estimated value of $7,500. It combines six voice polyphony to create a unique polysynth with three voltage controlled, articulated oscillators. Each voice has its own 24dB voltage controlled filter. It is often referred to architecturally as six Minimoogs, and is renowned for its rich sound.

The Memorymoog being offered has been retrofitted with a sequencer and MIDI capabilities, normally found only in Memorymoog Plus models. It has been meticulously serviced by vintage synth specialist Wes Taggart, a lauded technician for Memorymoog restoration.

The Moog Source is a 37 key, two oscillator synthesizer with unique features such as patch memory storage, flat-panel membrane buttons, single data wheel assignment, and more. It has two voltage controlled analog oscillators and the legendary 24 dB Moog filter. The unit being offered is serial number 2221 and has an estimated value of $2,400. The Source has been used by such legends as Tangerine Dream, Jan Hammer, Depeche Mode, Devo, and Vince Clarke. 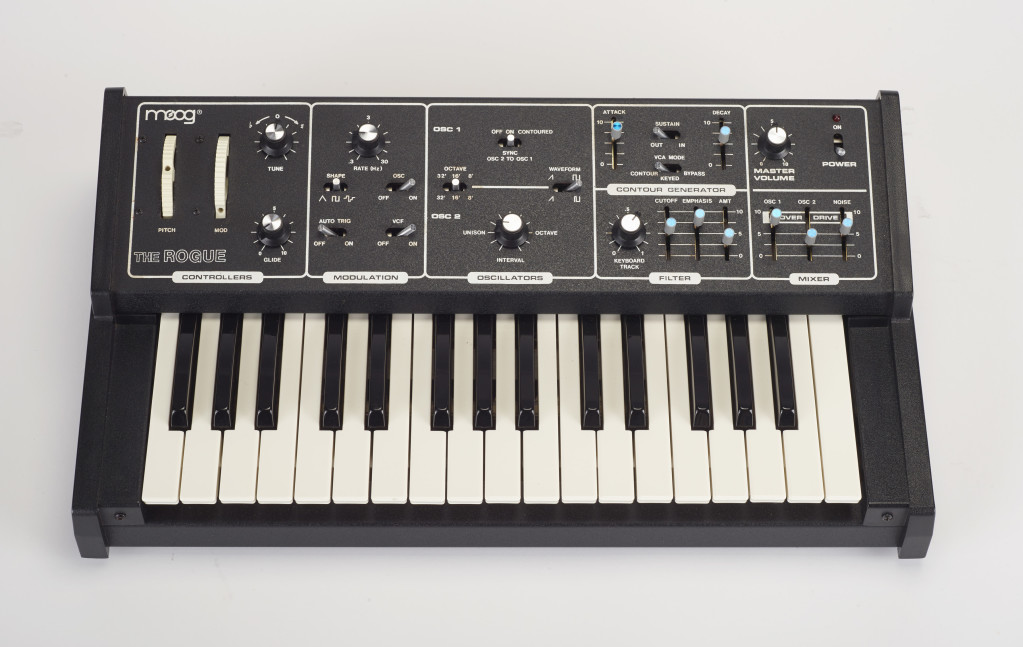 The Moog Rogue is a compact, two oscillator monophonic synthesizer often referred to as “small but mighty” for its legendary powerful bass sounds. Versatile and user-friendly enough to be used as the Taurus II Bass Pedal synth, the Rogue has been used by Will Butler of Arcade Fire, Vince Clarke, Peter Gabriel, Jonny Greenwood of Radiohead, Howard Jones, and more. The unit being offered, serial number 4462, has been restored by acclaimed restoration house Tone Tweakers, and is valued at $2,000.