This granular convolver hardware is the latest creation from Tatsuya Takahashi

There’s a nice gift for Red Bull Music Academy attendees: a hardware convolver effect from the man who led the team at KORG that gave us volcas and minilogues. Here’s a sneak preview.

The Granular Convolver is a collaboration between Tatsuya, now working as an independent designer and relocated to Germany from Japan (while still in an advisory position with KORG), and Berlin’s own E-RM Erfindungsbüro, maker of obsessive-quality clock devices. (Founder Maximilian Rest is the design mind there.) 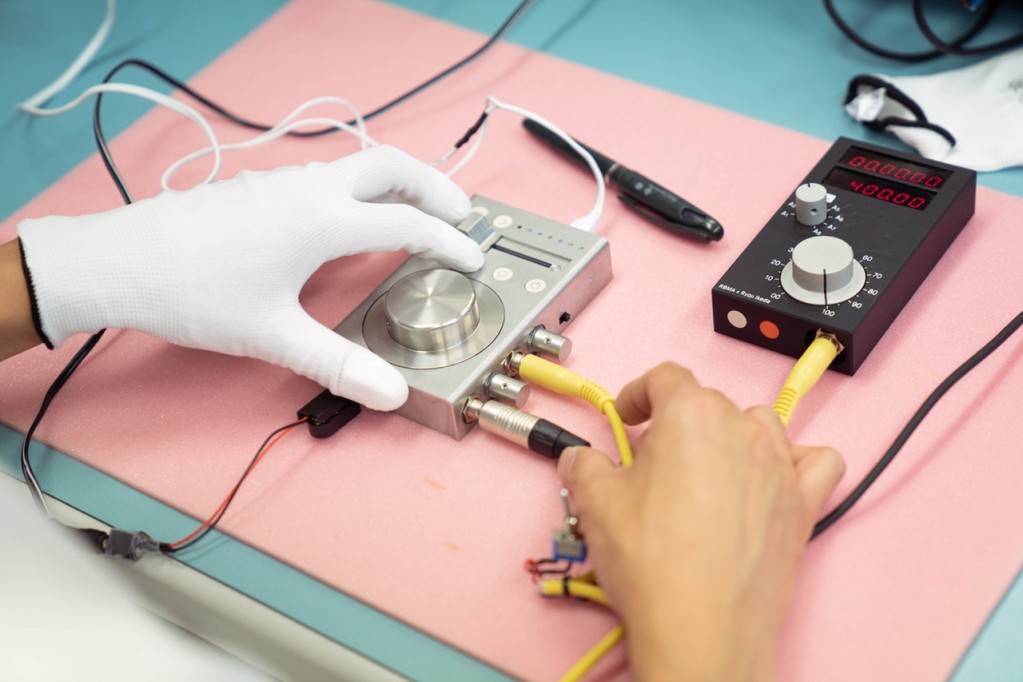 I’ve got one in-hand, and will detail its operation with some sound samples shortly, but here’s a quick teaser.

1. Record a sound snippet.
2. Play back that sound snippet via a granular engine.
3. Convolve that playback with a live input, combining the two sounds – the timbre of your original sound, the envelope of what you’re playing now.

There are also some features for storing and recalling presets, which make this performance friendly.

Why this matters: it gives you an expressive way of “playing” an effect, like an instrument.

And it’s a unique boutique hardware making project, for the particular context of an event – very different than the mass-manufactured designs of something like the volca series. The units were all hand-assembled (by Tats himself) here in Berlin, and even the boards and cases were made here, as well, so it really is a Berlin manufacturing product in a way most things aren’t.

More on this soon – and you can bet if you follow any RBMA attendees, you’ll see some of their experiments with this hardware show up in social channels!

And – while it’s important to note he was part of a team – some commentary on the Tats Era at KORG (and still very curious what that team will do next!):