Forget about gear fetish: the delightful surprise behind the modular movement is that a whole bunch of people are interested in exploring weird new musical ideas. And one of the sequencer modules at the heart of it is getting a big refresh. 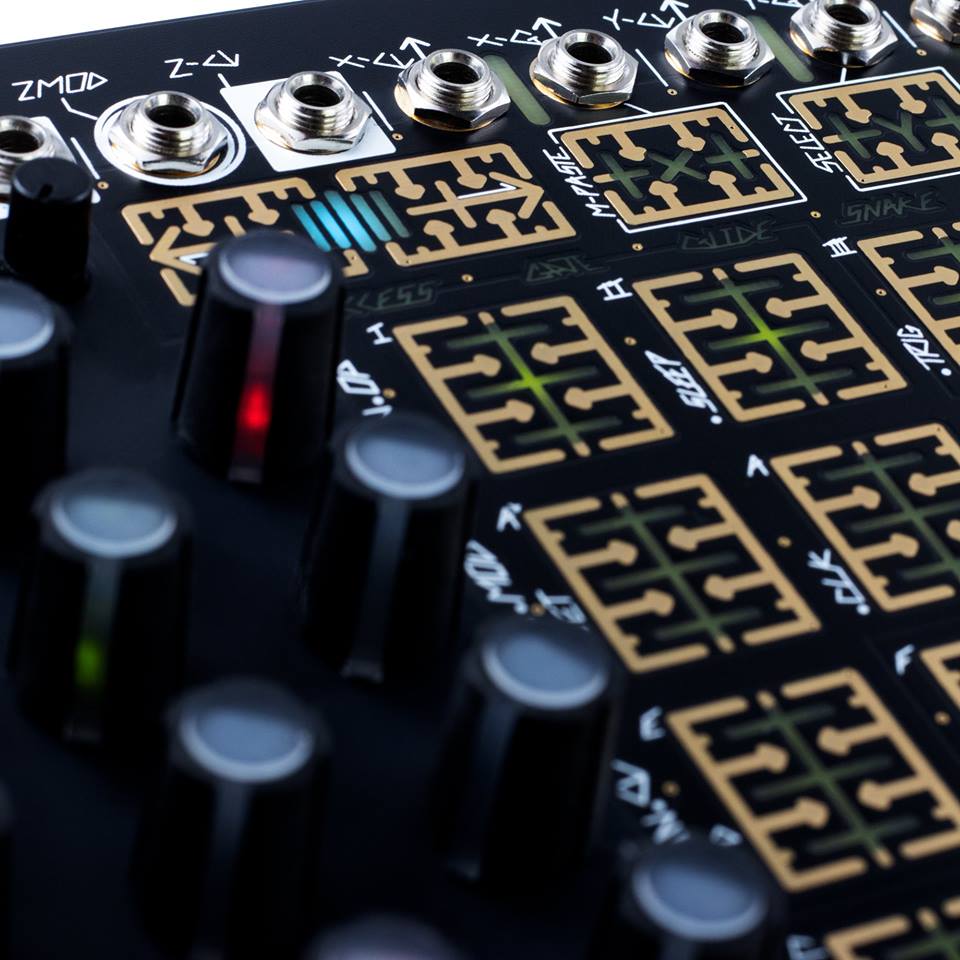 The René module wouldn’t strike anyone as something that’d turn into a big hit. This is an esoteric little device: a grid of touchplates and a bunch of knobs, which you then spaghetti-wire into other modules to make, uh, odd patterns.

But making weird patterns you can then shift around – well, that’s a lot of fun. And René liberated modular rigs from onze of their major weaknesses: too often, people were stuck with rigid step sequencers that produced overly repetitive loops that would drive you insane. Basically, the “Cartesian” bit is, instead of having a line (those marching steps), you get a grid (x + Y).

So, here comes the René refresh. This is three-dimensional chess to the original model’s checkers.

The new model is three channels instead of one, three dimensional sequencing instead of two, and boasts expanded memory so you can save up to 64 states – no more long modular performances that sound great for the first three minutes and then … sort of exactly like that for the next hour, too.

This “three-axis” business is really a bit like that three-dimensional chess idea – you can plot in additional states from the x/y positions. Make Noise’s Pete Speer explains:

The Z-Axis on René is not an expression/pressure control input— it allows for the sequencing and addressing of up to 64 States of stored programming.

We will have videos covering the Z-Axis in the days and weeks ahead (and the module’s manual will be online soon, too), which will hopefully clear up any confusion about this new level of sequential control.

Thanks, Pete! Yeah, that will be worth checking up on, as it’s a clever idea. Correction: an earlier version of this article misstated what the z-axis was about.

Combine this with three channels of output, though, and you can in fact route a lot more control from this one module than before. And no doubt the additional memory will be useful in performance.

Of course, since the René first came out, it’s gotten a lot more competition. So it could be fun to see how this stacks up against other modular (and desktop, or software, even) sequencers.

René is available to preorder for US$525.

Since that’s my monthly rent, it’s worth saying Eurorack is still pricey relative to some lower-cost desktop hardware, to say nothing of computers. Clever software patching is great if you’re broke, or if you’ve a little scratch, something like Five12 Numerology.

But that said, this no doubt will go high on people’s shopping lists in the modular world – and it’s an impressive piece of work. Look forward to seeing more.

And yes, I promise to get what the letter ‘z’ is about. For real.