What if music were made mechanically, with giant wheels and bellows and valves? The Mammoth Beat Organ makes that happen, using parts from toilets, a hearse, and a treadmill.

Yes, it has balloons connected by tubes and something called a “wind sequencer” with pegs and … it sounds like a calliope that’s gone a bit mental. And it comes with roll-on “modules” so you can add different layers of sound (like mechanically played drums). Watch:

It’s the Dunning Underwood Mammoth Beat Organ, the creation of two wild musical minds – Sam Underwood and Graham Dunning – in their first collaboration. It has the sonic thinking of the Giant Feedback Organ (Underwood) and the mechanical performance approach of Mechanical Techno (Dunning). And accordingly, it’s even meant to be a two-player contraction, involving both artists.

That performance spectacle is really part of the magic, as components are wheeled around and bits and bobs added and subtracted. Having seen Graham’s live show, that performance energy drives things in a way different than you’d get from just an installation – it has improvisation in it.

More on how this works – in particular, still more deep research into historical instruments and the alternative histories it suggests, and how they incorporated the back of a hearse and a treadmill into construction:

This project is just getting going, so it’ll be fun to watch it evolve – especially if we get to see it in person.

It’s worth noting that they talk about the need to have years and years to continue building and rehearsing with the invention. We of course value novelty in tech, but that’s telling, whatever your fantasies are (whether large and mechanical or compact and digital or anything else). So I do hope they’ll keep us posted as they continue developing, and as they use this instrument to spark new creative directions in their own imaginations. 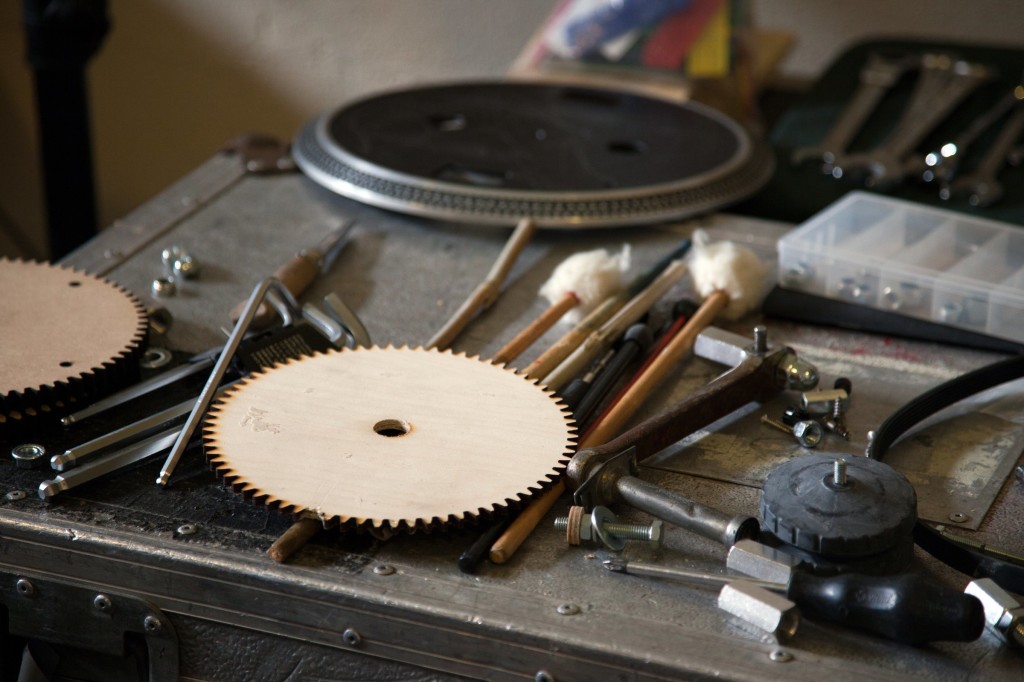 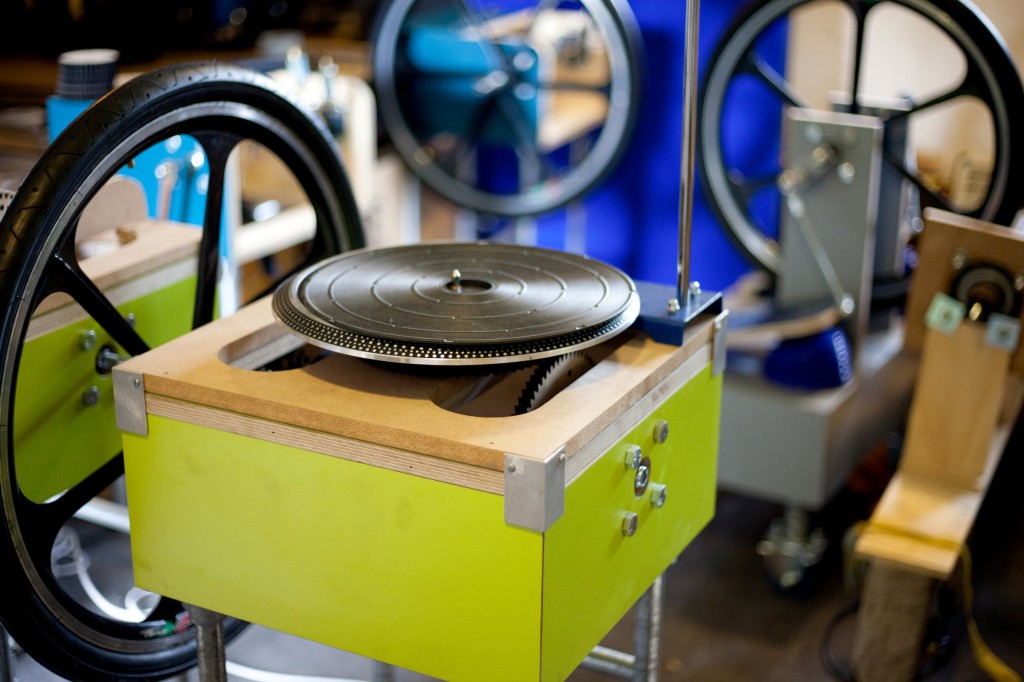 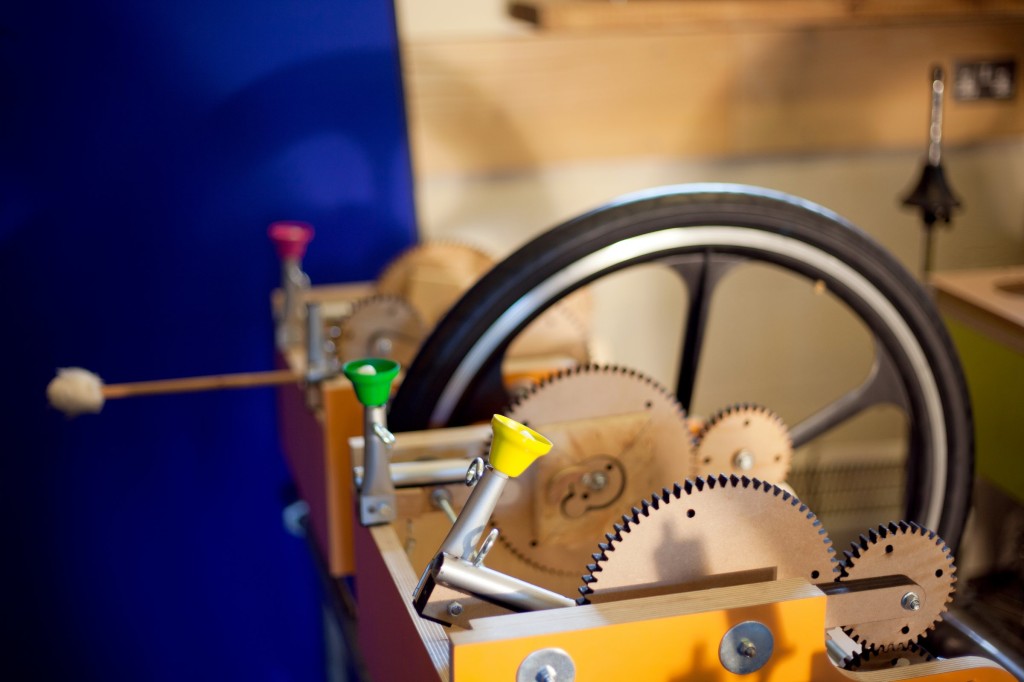 The video at top is shot and explained by Michael Forrest of Michael & Ivanka’s Grand Podcast – well worth a listen:
http://grandpodcast.com

Forthcoming album of recordings on tape by Front & Follow http://www.frontandfollow.com/

I’m not a fan of YouTube and the next videos it plays, but following this with Sir Simon Rattle conducting Chariots of Fire with Mr. Bean sure as hell works. In case you need some motivation for today’s soldering / hammering DIY instruments, have at it.

Free pack of sounds from the Polish Radio Experimental Studio