Teenage Engineering’s OP-Z takes everything the mysterious Swedish maker has done in the past years and packs it into a candy bar-sized hunk of awesome. The first feature reveals and videos of the final creation are inbound, showing it doing some weird and wonderful things.

First, what is the OP-Z? (O-P-Zee for Americans, O-P-Zed for the rest of the world.) It’s an ultra-compact digital synth with loads of sequencing and groove features. It feels terrific in the hand – nicely heavy, but with the width of the beloved iPhone 5 so it’s easy to hold. (I don’t have a review unit yet, but I have gotten to try it.) 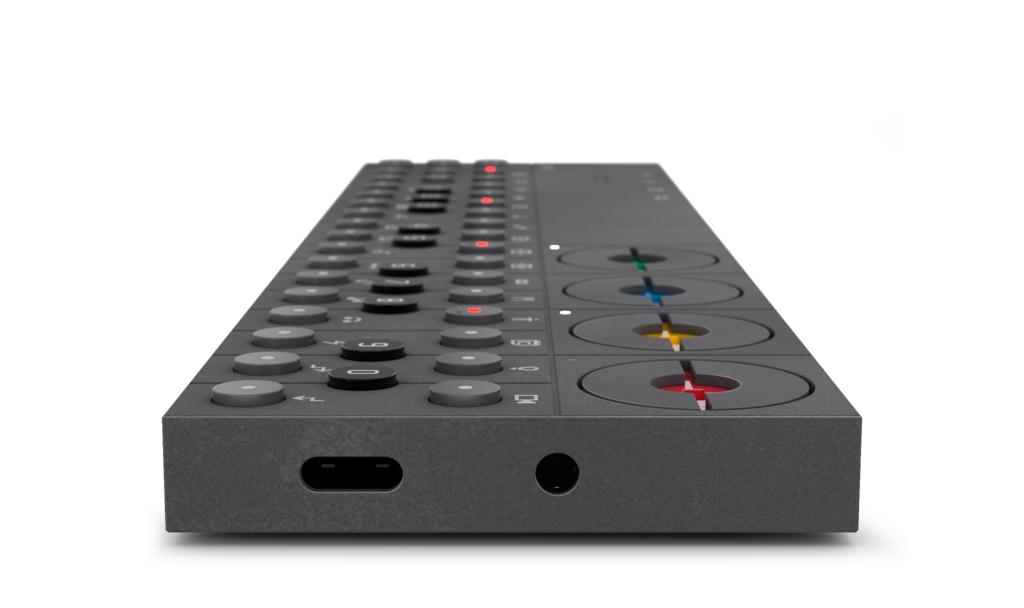 The main focus of the instrument: sequencing, so you can create elaborate patterns of synthesized sounds, as part of a rig or on its own, for on-the-go and studio creation or live performance.

What it doesn’t have is a screen; you connect a smartphone or tablet for that on the go. And so the basic idea is, it combines some of the compact game-style ideas of TE products like the Pocket Operators with the powerful synth and sequence workflow of the OP-1. It does more than all those past creations combined, though, and the Teenagers are pushing some unique possibilities for visual creation. 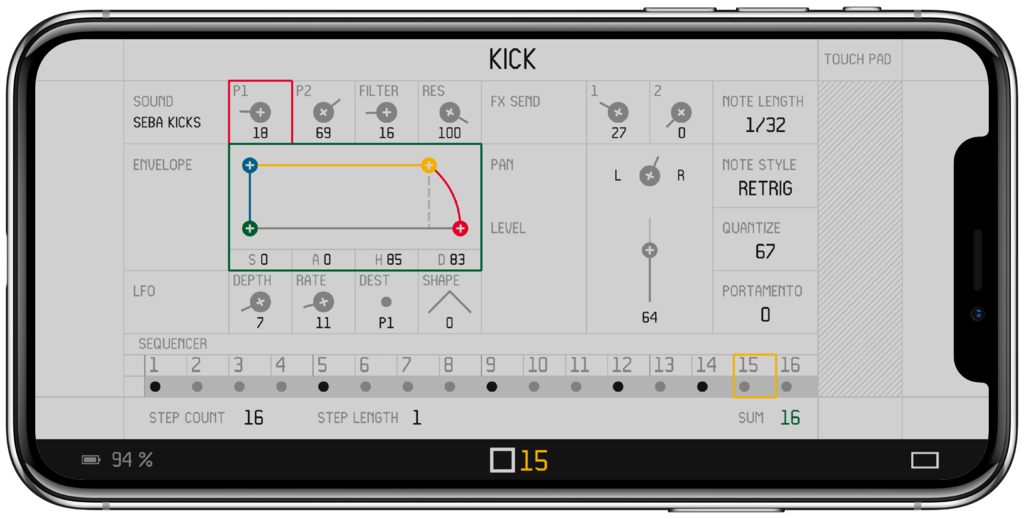 Your iPad or iPhone is the display and multi-touch editor / expanded sequencer for the OP-Z. (No Android support yet, but there are some unique PC visual integrations, too.)

The OP-Z ships worldwide for EUR599, and at the moment it’s sold out. That situation may ease as the Teenagers ramp up production.

But the OP-Z seems to have the most attention at the moment of any digital product, in contrast to sought-after analog instruments like the Moog One.

And sure, while some of this is more predictable – sample packs of drum sounds, effects like delay and reverb, – some of it is decidedly more left-field.

The most surprising features so far

The biggest surprises of the OP-Z:

3. The microphone is connected to the accelerometer. Yeah, this thing knows if you hold it up to your mouth.

4. Luxe texture. At first I thought this surface was a process applied after manufacture, but TE say they’ve added glass fibers into the body during injection molding. That makes the OP-Z feel expensive and grippy – so you don’t drop it. It’s not quite like anything you’ve touched before, and they’re promising serious durability.

5. It’s a spiritual successor to the Game Boy Camera. This wouldn’t be a TE product without some nod to the weirder side of Nintendo. This time, you get rapid-fire “photomatic” sequences a bit like on the Game Boy’s camera mode, which you can sync to the music. Of course. Or maybe you should think of it as a GIF creator. Either way, back to the 90s.

6. It’s a VJ instrument and immersive audiovisual tool. This is wild enough that we’ll need a separate story on it, this being CDM. But think Unity 3D integration.

This has relevance not just for the OP-Z but anyone interested in MIDI control of 3D visuals in Unity, since they’ve released the entire toolkit on Github:

Plus there’s even a dedicated track for controlling lighting (via the industry standard DMX protocol)? Not sure how you connect this, exactly, but it’s a cool add-on – and someone may want to rig up some DIY solution with light bulbs as in their demo.

YouTube celebrity Andrew Huang has the highest production values of the first OP-Z videos, and gives you a snapshot review.

More depth comes from Cuckoo, who’s don an extensive mega tutorial (and is just getting started, it seems):

Microwavez shows how you’d combine this with an iPad:

Here’s what it looks like making a beat, via Brandon Guerra:

And NomNomChomsky has a review up, as well:

Plus this special … unboxing video:

Hardwaresynthesis
Type in lyrics, and this keyboard sings them, as Casio returns to its Casiotone roots
Hardwaremobile
Polyend Tracker 1.5 lets you save custom instruments – and opens up sharing with others
Hardware
An album released on Nintendo 64 cartridge – the next nerdy Remute ROM release
Hardwaresequencers
Softpop SP2 is next-level analog synthesis and processing from Bastl and Casper Electronics