Why would you want near-zero latency on an effect? Well, maybe you want to run something like a vocoder – and that means the latest addition to Universal Audio’s offerings is a big deal.

Universal Audio continues churning out software updates with new analog emulations and other add-ons to buy; 2018 has been a huge year for them. But those effects often don’t come cheap, and they are tied to UA’s own hardware. So one of the selling points of working that way has been that UA offers near-zero latencies, letting you track through those effects. That is, plug-ins are great – until you need real-time performance, since they can add loads of latency.

This is meaningless, of course, if you’re just applying effects to recordings after the fact. But a vocoder is an entirely different story, so I suspect that the new vocoder included in this month’s UA update will matter to a lot of people.

Interesting, UA are so locked in the studio paradigm that they say you’ll want to “track” through the vocoder – record while monitoring. But I imagine this vocoder may find its way onstage. Lots of vocalists perform with laptops for greater flexibility, and the UA vocoder has real-time MIDI and keyboard control.

The new Vocoder comes from Softube, those Swedish masters of emulation, who have made themselves a big name both as a provider to UA and as an independent vendor (including with their own native platform, though it doesn’t provide the same real-time possibilities).

The result is a vocoder that looks promising in the studio and onstage. I need to test this, so disclaimer – this isn’t a review. But here’s what they’re promising.

Any vocoder is a combination of synth and vocal input, by default. Here, you get an emulation of an analog polysynth, and then a number of unique tools specific to this offering. 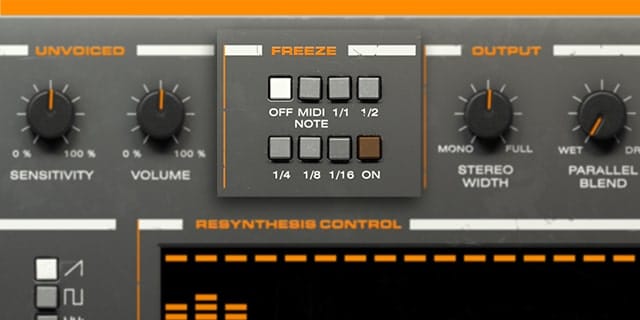 “Freeze” a snippet of sound, then manipulate that freeze in sync with your DAW or a MIDI source, with various clock division options. 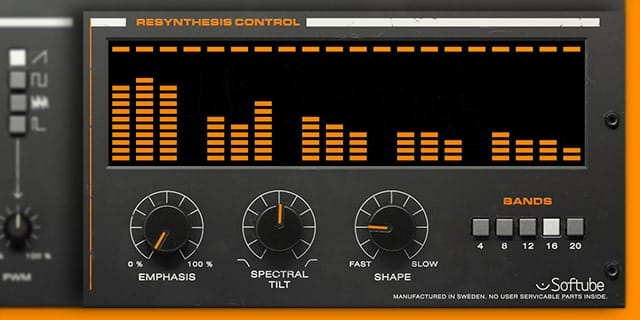 Spectral controls give you more contemporary sounds, retro robot sounds, or anything in between.

This wasn’t the only addition to UA’s latest software. See also an AMS Neve console built especially for emulating the desk preferred by big budget Hollywood productions. That gives you the whole console strip you’d find at, say, Skywalker Sound – with Compressor, Limiter, Expander, Gate, and Dynamic EQ, plus four-band parametric EQ. Will it make you sound more Hollywood? No idea. Will it give you a psychological boost to try? Probably.

And also in this release, they’re unveiling the first-ever authorized emulation of the legendary Lexicon 480L. If you don’t know that 80s-era reverb by its model number, you might know it from its beige case and faders – it’s one of the more recognizable effects in history. Being authorized in this case matters, because they were able to derive the results directly from the original’s firmware. (Oh yeah – digital means a “model” can be very accurate indeed.) And again, you can use this live. First thing I would do would be to map some faders to those parameters.

9.7 additionally includes an emulation of the Suhr SE100 tube amp, plus from Brainworx the bx_masterdesk Classic chain.

But I do think the vocoder will be the one that gets people’s attention, because everyone —

Oh, no, I’m going to be interrupted by Robert Henke again.

(PS, if it’s an Auto-Tune effect you’re after, they also have a real-time edition of Antares’ Auto-Tune.)