When music takes us between pain and peace: Dimension Series mixes

Music can be wallpaper and fashion and groove and all those things – and sometimes those things are grand. But music can also be a torch to help us see out of the dark. The Dimensions Series of curated mixes this year took on those themes of metamorphosis – and how to find ways out of depression and darkness.

Mexico City-based artist and curator Oscar González of the wonderful Static Discos label gathered some significant names for this series. And musically, it’s worth listening top to bottom. But I also appreciate that from the start Oscar opened up about his own personal challenges.

We need a reason to make music. Sometimes, that reason can be survival — finding peace when it threatens to elude us. Oscar tells CDM:

I think I’ve never talked about where the idea of the series was born.

The last five years have been and, in some way continue to be, challenging and shifting. It has been very difficult and there have been some very dark periods, actually. The idea was born right in that chaos; it was like a gift in the middle of depression. But during the last year, there have also been lots of wonderful achievements, new friendships made. For the first time, I think I’m in love.

There are lots of lessons I’ve learned thanks to my falls and failures that — although they’ve hurt extremely – have helped my convictions and faith to be strengthened. Some incredibly positive and happy moments also happened. My dad is a miracle, [surviving] several heart attacks. For my part, I got a job that I really love and one of the brightest minds I know is teaching and challenging me every day. His personality, and a tattoo on his left arm that says: “Never forget where you come from”, reminds me of the humility that one must have in front of any situation. And the most important thing, I learned to love myself such as I am, I stopped thinking that I was not enough for myself or for others, and I started to believe only what God says I am.

Now brief moments of peace are hitting me…

So, I tried to express some of these experiences and feelings into the series across these years. Each edition is a good representation of those shifting patterns and where my heart was in every moment while curating.

Please, don’t get me wrong – I do not want to be a hypocrite. Just like Luke Hess, I’m just a Christian guy from somewhere in Mexico City trying to spread a little love through music. Because for me the music still is the best remedy for the broken heart, to inspire and give us hope where there seems to be none.

However, I feel a deep sadness, since there are many young people that now are going through by the same situation in which I was, mired in depression, with thoughts of suicide and in a deep pain. So if you want to talk, please hit me up (oscarglec@gmail.com), sometimes we just need someone to listen to us.

“Sometimes we just need someone to listen to us.”

I could add here, but I expect I don’t have to – this experience of navigating darkness and hopelessness through music is something that I know can resonate with most or all of you.

What’s been beautiful about the Dimensions Series this year is how each new mix has let the theme of metamorphosis unfold and blossom. And guest artists from a range of backgrounds often touched on these themes from Oscar even without prompting. 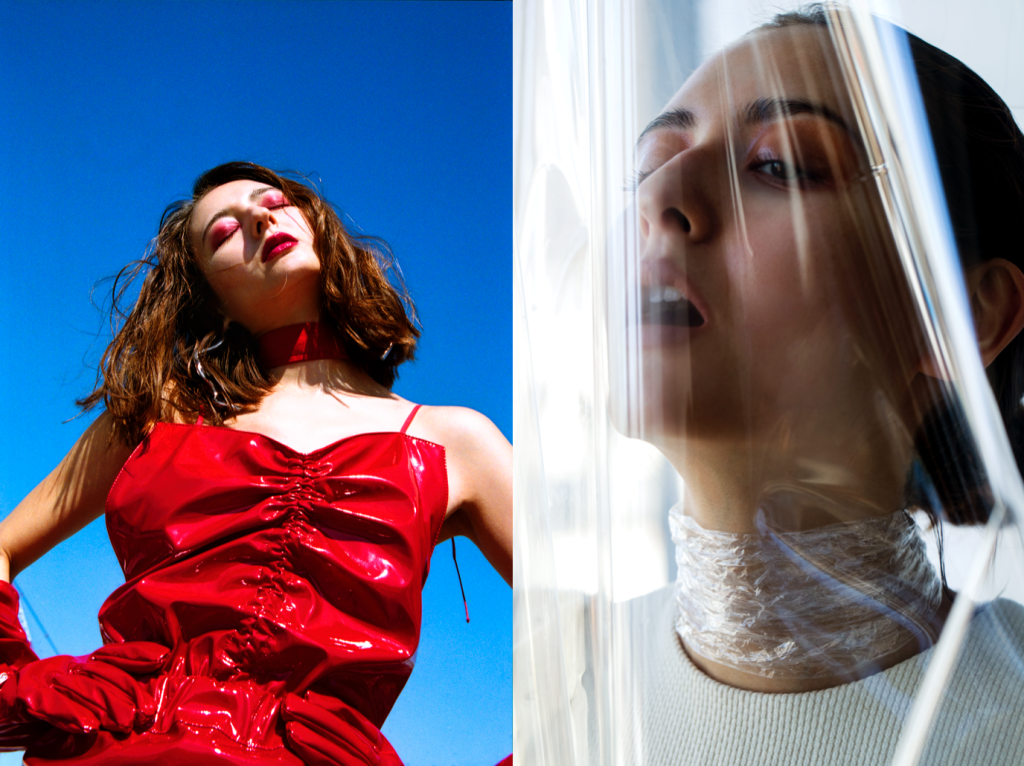 Elli Arakawa of Japan has an especially beautiful, artful, moving mix, one that tugs at your heart and lifts you to some transcendent plane.

And she also gets personal:

This year has been a year of transition and realization.
There have been many changes for the good and the bad to make me realize what is important in life and living in this difficult world right now as a woman, an independent and strong woman that I would want to be considered.

This mix is dedicated to my mother.
Who just had a bad accident/operation but still has a positive prospective about life, the overall cause, and effect, karma, everything happens for a reason and from that, we learn.

She has dealt the accident with grace and I could not be more proud. She has not let it affect her life and ever since she has only been moving forward. So I would like to dedicate it to her strength and determination. She is an inspiration to many of us women and continues to be. We need women like her to pull us all together and fight for what we deserve and what we wish for.

My mind was everywhere at the time but I found myself being centered when I was recording this mix.

I hope it triggers some kind of positive effect to every person who gets to hear this mix. Or some kind of realization towards life, to be able to embrace changes and to notice how lucky we are for what we have. 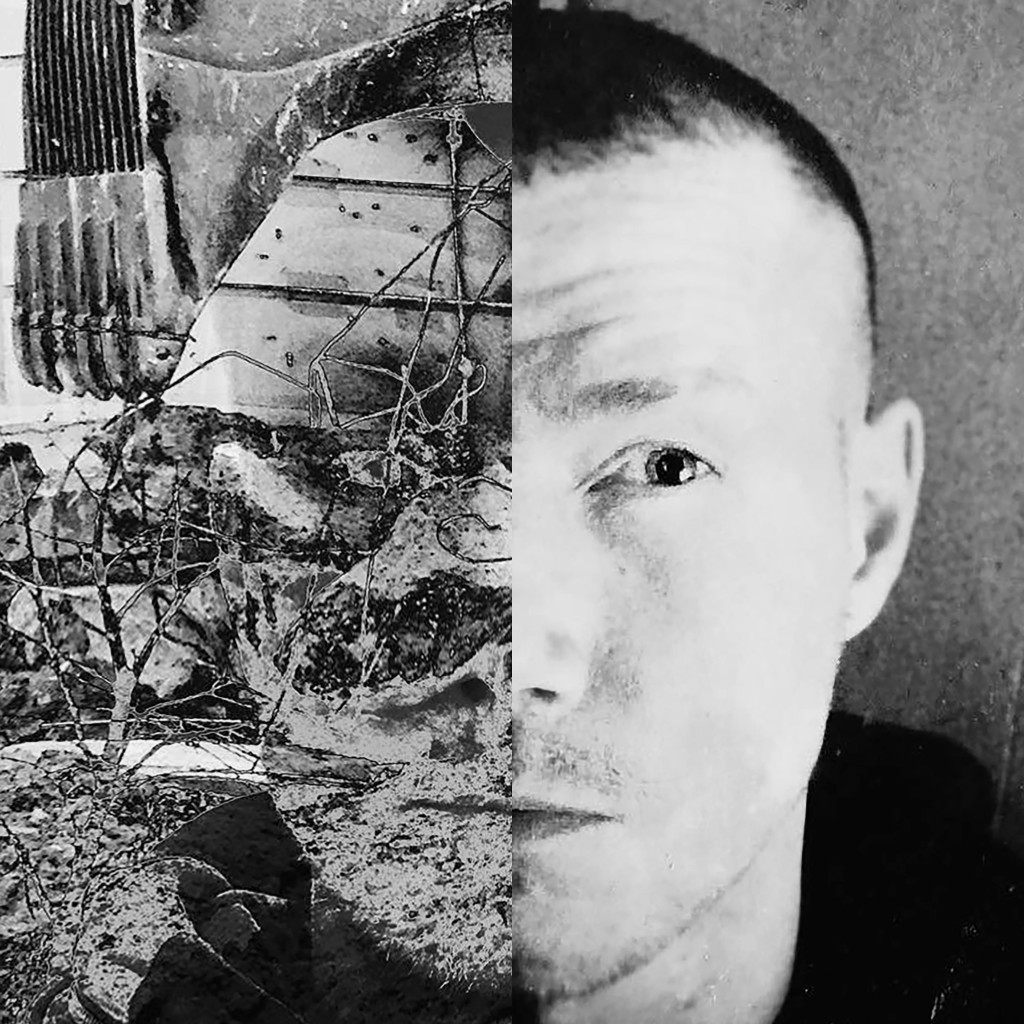 Jenus, artist and curator, has moved from helming Ostgut Ton to Kobosil’s bold R – Label Group. To anyone who says Berlin lacks a sound, here it evolves gradually, from Detroit to Friedrichshain, in a sense of experimentalism that is rooted and timeless.

Perversely, it’s often a lack of history that can hold producers and DJs back from experimentation – like traveling without a compass. What I’ve grown to appreciate about Jenus in the years I’ve known him in Berlin, apart from his deeply intimate sense of dedication to music, is that sense of history. And he has a knack for navigating shadowy sound, taking us deep into the forest.

He lends some theory to this soulful Winterreise that emerges in this series, and – sure enough, talks about how that connection to the past is meaningful to him. Connect this sense of music finding its way and how we personally find our way (including our personal path through music), and I think there’s something potent:

While working on this mix I was thinking about development and structural change. I wanted to reflect on the process of forming, it’s about memory and transformation. The mix combines some tracks that have been with me for a long time – since the early 90’s, through layering them with new sounds they evolve into something new. I need a lot of time to slowly develop a transition and I like a natural ebb and flow, the force of nature. Energy regenerates and then rears up, you can see this again and again everywhere you look. This mix is a little darker maybe and more pensive, you have to take time, in general, this is something that I believe people should do more. Change just happens, it’s inevitable, but positive change benefits from an understanding and contemplation of the past.

These wonderful images are created by designer FAX aka Rubén Alonso – as always for the Static Discos label. And if some of the guests here bared souls, FAX brings you into his home and workplace, with an eclectic soundtrack that reveals how he mixes his daily life and remains creative.

John Osborn is essential listening, too. And he speaks to the notion of traversing emotions, finding narrative. It’s mixing in the most personal and subjective way, far from the functionality required out in public. And it’s lovely (track listing is over on SoundCloud):

It was a long time since I last recorded a ‘home-studio’ mix. My previous mixes/podcasts have all been live recordings, mainly from sets in Japan & Asia. Oddly, it felt new to me to record a mix without a location defining what I play. Without the external defining the direction I found myself asking myself quite a deep, yet simple question; What do I want to communicate? I took a personal report of the past few years of musical experiences to find out where my head is today and in doing so I created this mix. I composed a mix that carries you through a rich narrative, that makes, holds and breaks tension in a gentle sine-wave pattern. I discovered the sound that currently interests me as a DJ is one that will always transport you, on the dance floor or in your headphones, like that magical feeling when you are in transit to a new, never seen before destination. Tension, drive and expression are not defined by BPMs, but emotions.

Oscar and I hadn’t talked about depression and metamorphosis so directly, but I’m looking back on what I wrote when I sent in the mix, and I think intuitively sometimes we speak these things when we share music. Here’s what I had to say:

I hope music is that one space that gets deeper the further we go, that makes us more malleable as we get older instead of more brittle. It’s the language we never stop learning. And when the world around us sometimes gives us pain and loss, I think sound can be the code that helps us find ourselves again. That’s true whether it’s silly, or repetitive, or ridiculous, or noise and grit and distortion. Screams become joyful and pain turns to laughter. Music is the sound our heart makes when it’s unafraid.

I find depression stops you from being able to make music, but I think that’s because depression is immobile and unchanging. But then music can be the way to get yourself out of that hole – to move again, to become yourself again by allowing yourself to become someone new.

I was fascinated by the rhythm of Charles Bukowski’s words, and the idea of beatmatching a poet to music … and then from there I find I’m turning to music from people I’ve gotten to know, strangers I wish I knew, music from labels I admire, finding the through line in all that.

I wish we mixed more, and listened to each other’s mixes more, and less to algorithms or albums we’ve grown tired of or what we think is cool. Isn’t that the stuff that matters?

And do listen to the rest of the mix series; I’ve enjoyed the lot.

And if you feel pain, yes, do feel free to talk. I think if this site does anything at all, it should help us all to use music in how we live.

More surprise in your sequences, with ESQ for Ableton Live

DJ
Head by drone to a 3000-year old ruined village for a stunning performance by Hayk Karoyi
inspiration
Celebrate your Blue Monday with the choir sound from New Order – and Kraftwerk’s Orchestron
inspirationlistening
Get lost in magical 1983 footage of Brilliant Trees, delicate IBM Dictaphone looping
inspirationlistening
From Detroit and Berlin, a free set of sounds and a blazing compilation