Like the relaunched Technics 1200, the new Reloop decks sport digitally controlled motors. But Reloop have gone somewhere very different from Technics: platters that can be controlled at a full range of pitches, and even play scales. And the RP-8000 MK2 is a MIDI controller, too, for Serato and other software.

And there’s a trend beyond these decks. Mechanical engineers rejoice – the age of the motor is here. 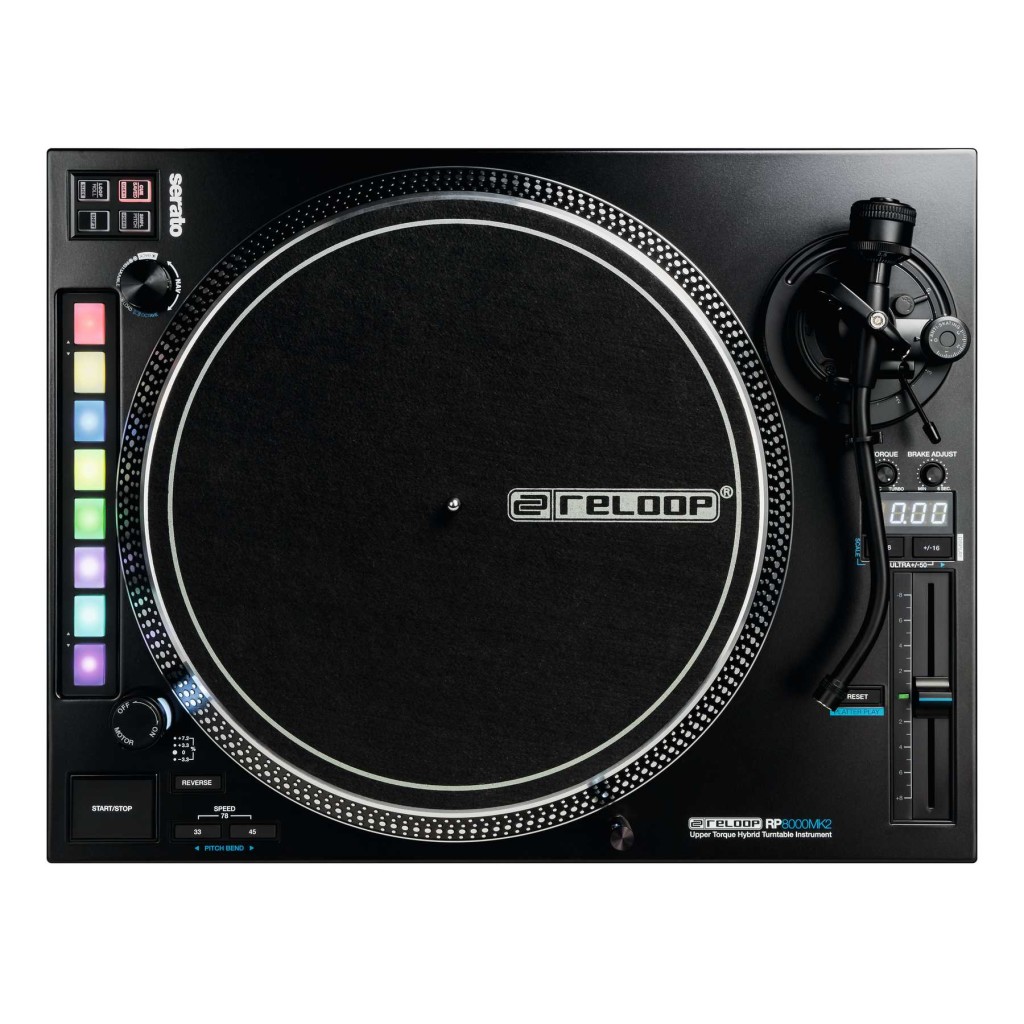 So digitally controlled motors were what Technics was boasting earlier this week with their SL-1200 MK7, which they say borrows from Blu-Ray drive technology (Technics is a Panasonic brand).

Reloop have gone one step further on the RP-8000 MK2. “Platter Play” rotates the turntable platter at different speeds to produce different pitches – rapidly. You can use the colored pads on the turntable, or connect an external MIDI keyboard.

That gives the pads a new life, as something integral to the turntable instead of just a set of triggers for software. (I’m checking with Reloop to find out if the performance pads require Serato to work, but either way, they do actually impact the platter rotation – it’s a physical result.) 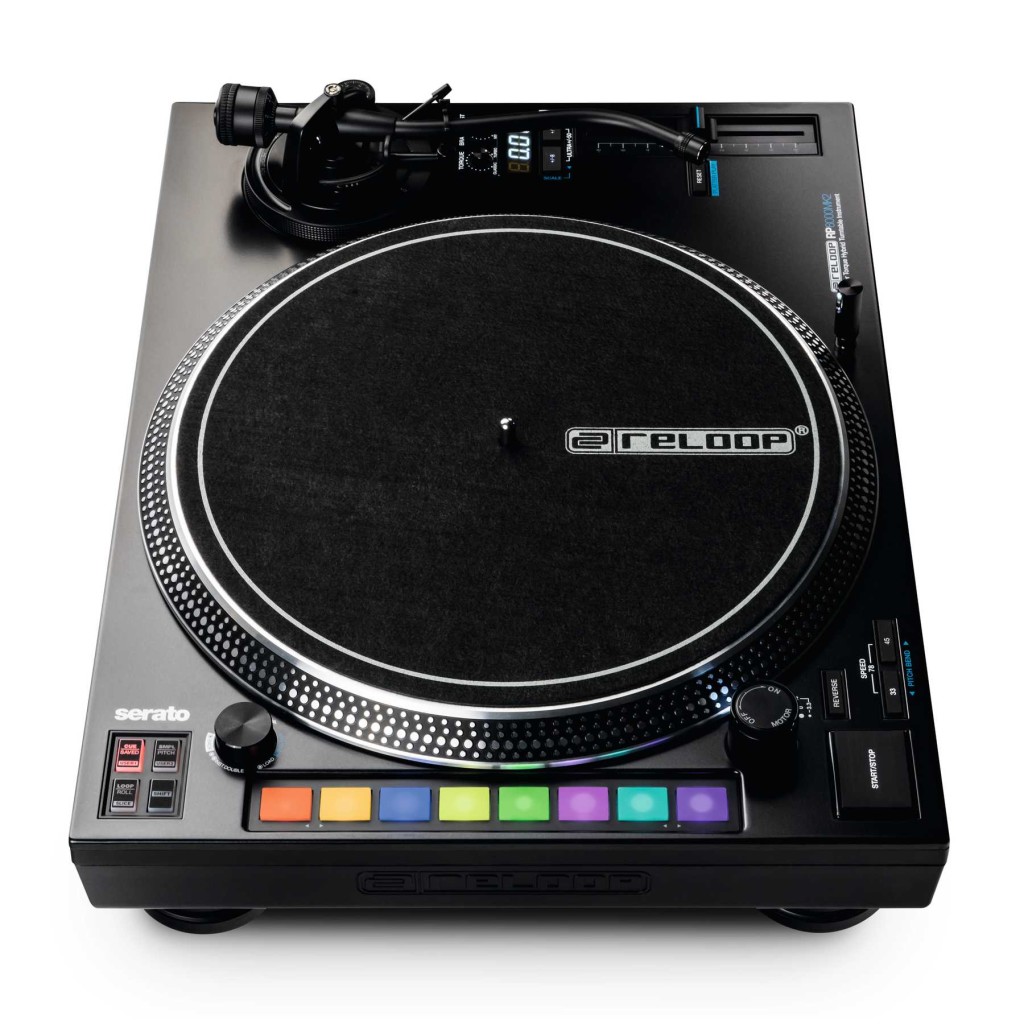 Serato and Reloop have built a close relationship with turntablists; this lets them build the vinyl deck into a more versatile instrument. It’s still an analog/mechanical device, but with a greater range of playing options thanks to digital tech under the hook. Call it digital-kinetic-mechanical.

With quartz lock on, the same mechanism will simply play your records more accurately at a steady pitch (0%).

The pitch fader and motor mechanism are both available on the RP-7000 MK2, for more traditional turntable operation The performance pad melodic control is on the 8000, the one intended for Serato users.

I expect some people want their controller and their deck separate – playing vinyl means bringing actual vinyl records, and playing digital means using a controller and computer, or for many people, just a USB stick and CDJs.

If you want that, you can grab the RP-7000 MK2 for just 500 bucks a deck, minus the controller features.

On the RP-8000 MK2, you get a deck that adds digital features you’ve seen on controllers and CDJs directly on the deck. As on the original RP-8000, Reloop are the first to offer Serato integration. And it’s implemented as MIDI, so you can work with third-party software as well. The market is obviously DVS users.

The original RP offered Cue, Loop, Sample and Slicer modes with triggers on the left-hand side. Plus you get a digital readout above the pitch fader.

On the MK2, the numeric display gives you even more feedback: pitch, BPM, deck assignment, scales and notes, elapsed/remaining time of current track, plus firmware settings. 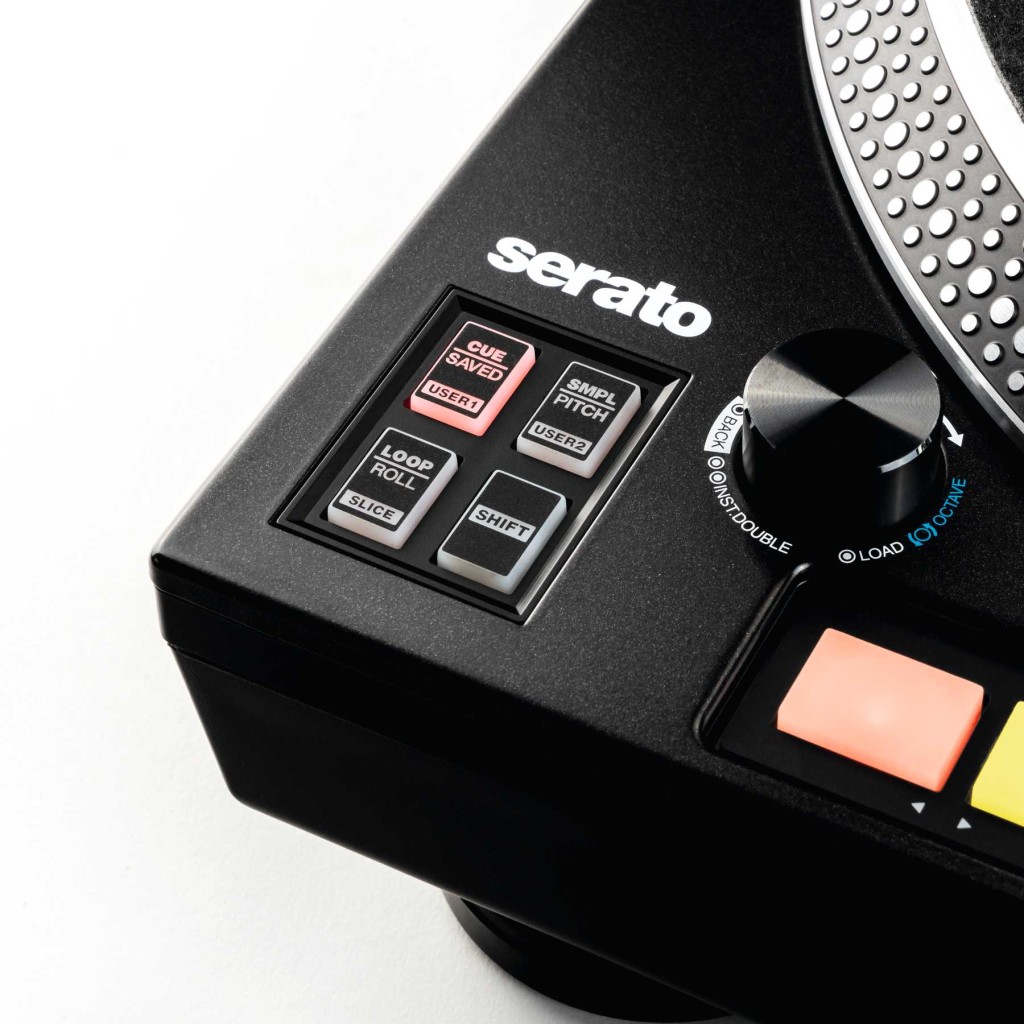 Reloop have also upgraded the tone arm base for greater reliability and more adjustments.

And those performance modes look great – 22 scales and 34 notes, plus up to 9 user-defined scales.

For more integration, Reloop are also offering the Reloop Elite, a DVS-focused mixer with a bunch of I/O, displays that integrate with the software, and more RGB-colored performance triggers and other shortcuts. 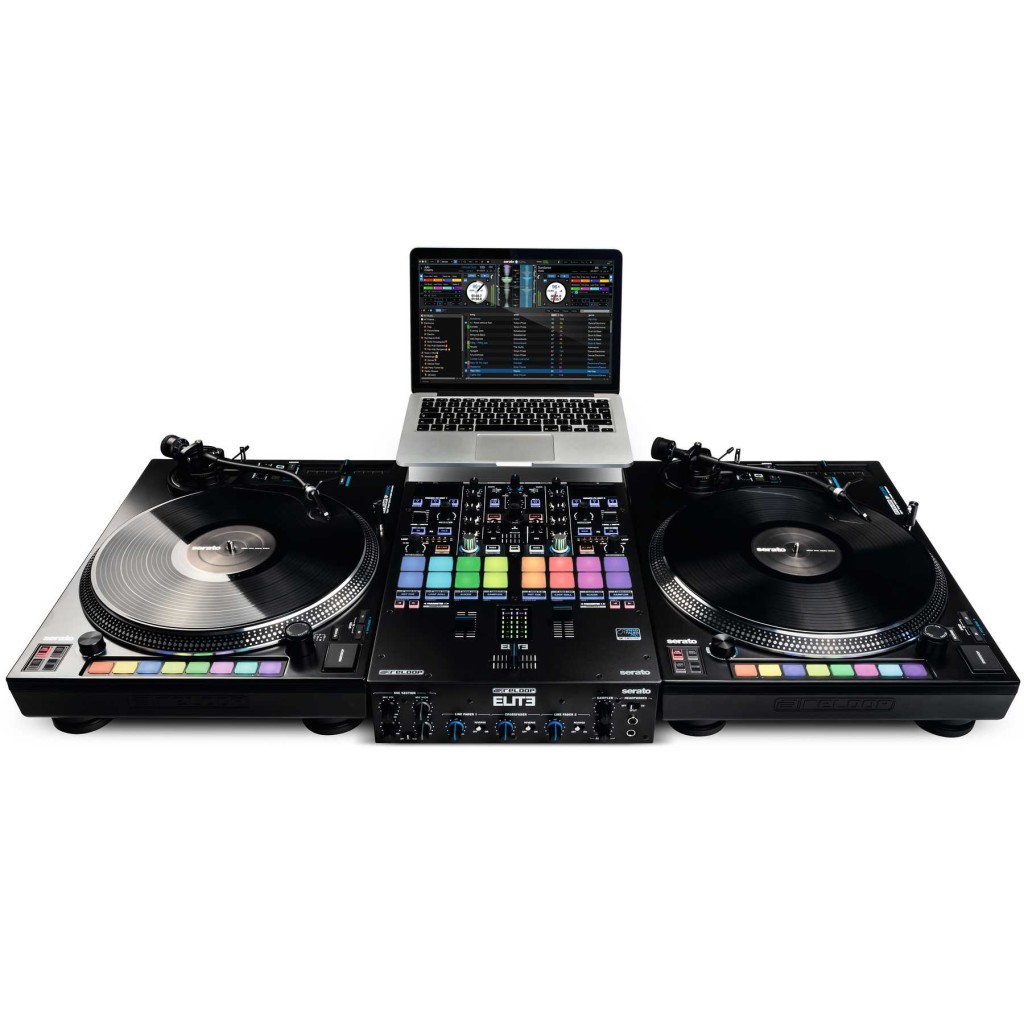 One of these things is not like the others: the new kit still requires a laptop to run Serato.

If I had any complaint, it’s this: when will Serato do their own standalone embedded hardware in place of the computer? I know many DJs are glad to bring a computer – and Reloop claims the controls on the deck eliminate the need for a standalone controller (plus they have that new mixer with still more Serato integration). But it seems still a bummer to have to buy and maintain a PC or Mac laptop as part of the deal. And if you’re laying out a couple grand on hardware, wouldn’t you be willing to buy an embedded solution that let you work without a computer? (Especially since Serato is an integrated environment, and would run on embedded machines. Why not stick an ARM board in there to run those displays and just read your music off USB?)

As for Reloop, they’re totally killing it with affordable turntables. If you just want some vinyl playback and basic DJing for your home or studio, in December they also unveiled the RP-2000 USB MK2. USB interface (for digitization or DVS control), direct drive control (so you can scratch on it), under 300 bucks.