Saturation, distortion, warmth, fuzz – it’s what keeps a lot of us coming back to machines. SPICE is a modular distortion on Kickstarter, suitable for Eurorack or desktop use alike – and it’s getting reader attention partly because it isn’t over the funding line quite yet.

The big picture for SPICE from Plankton Electronics is modular distortion in an integrated, multifunctional design, with sounds ranging from digital crushing to tube distortion, ranging from warm saturation to grimy fuzz.

That functionality you can then get however you like. Want the whole thing as a single desktop unit? Go for it – even if you don’t own any other modular. Want to take that same integrated unit and rack it? Done – as a 38HP Eurorack. Prefer individual modules? Want them assembled? Want them as DIY kits you assemble yourselves? Every option is here.

This is all partly the story of a tube from KORG – the Nutube. This new Japanese-made tube, drawing from fluorescent display tech, sounds like conventional tubes but has an atypically long life and dramatically smaller size. And it uses a tiny amount of the power of tubes – think 2%. That’s not the only distortion / saturation on offer here, but it does allow a full complement of distortion types without requiring a bunch of power or space. 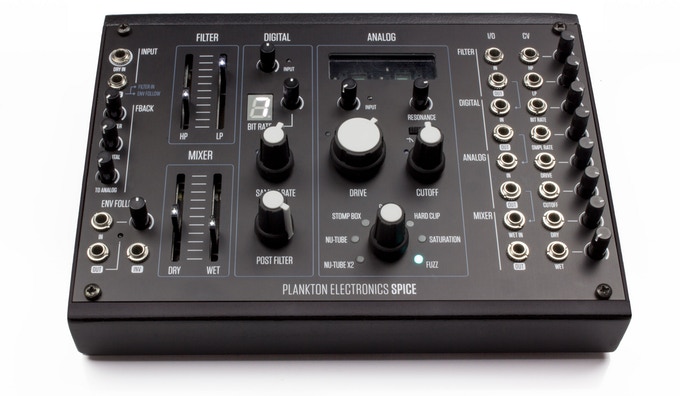 So you get to choose which distortion you want:

And you can combine these in loads of different ways – which is where the modular bit comes in. You can choose digital or analog, mix and prefilter, or apply an envelope follower to shape the sound.

And, of course, there’s feedback – lots of it.

It’s technical semimodular in that it’s prepatched for a lot of functions, but you can modify it from there.

Sliced into three modules, you get a choice [links to Modulagrid]:
NUTONE VCA and distortion based on the Nutube
SPICEVCF including the analog filter (LP, BP, HP) with tons of CV control and XMOD to self-modulate the filter
ENVF envelope follower

The tube module looks excellent on its own, but mostly I think the draw here is the combined distortion toolkit.

So how much does this cost? You’ll get actual hardware starting around 25EUR, and kits for around 55EUR+. Assembled modules start around 85EUR and then the full modular system will cost you around 450-500EUR, all in. (Prices will be more with VAT … and please, no more lecturing me about how the VAT system works, readers, I live in Germany and own a GmbH; most of our readers are outside the VAT system and don’t owe this tax. They’ve explained all the different prices on their site.) 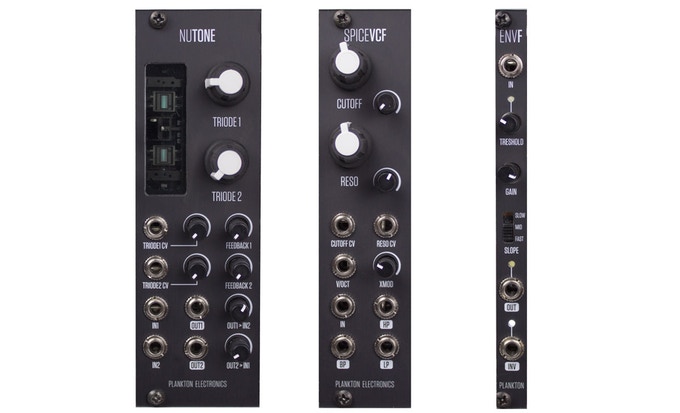 I wasn’t so familiar with this Barcelona-based team before, but they’ve done some really nice work – and have gotten input here from a lot of our friends in the modular and synth community, from Endorphine.es to Befaco to Olivier Ozoux.

And even before I heard from them, a couple of readers wrote hoping CDM would cover this project as they want to see it funded. I hear you – I do, too.

I also love this idea – their SPICE Metapatch software is a Web-era take on the patch book. Instead of drawing with a pencil, you store patch ideas in a Web interface. (It’s still just a picture, but it means you’re free from erasures and terrible drawing skills. Hold on… that projecting thing I do, sometimes, that might be happening again.) 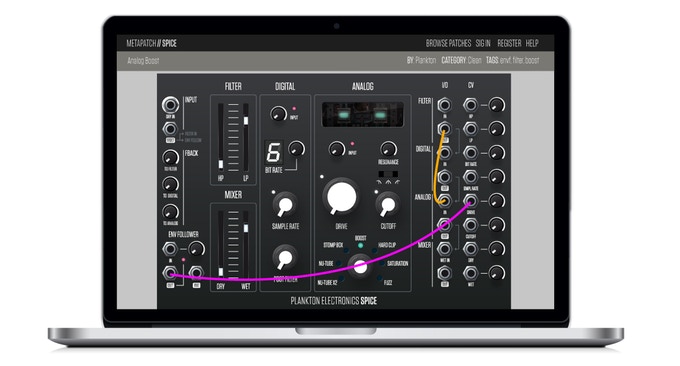 Metapatch is a patch book, but in your browser.

There’s 10 days left. They’re past the halfway mark, so let’s see if the CDM bump helps them out.