AKAI’s MPK mini was already something of a sleeper hit – a simple MIDI controller keyboard that was small enough to be irresistible. But the latest revision makes it useful even all by its lonesome.

MPK mini play is what AKAI are calling the latest edition. It’s actually the second major revision of this unassuming little keyboard. The gamepad-style pitch/mod joystick had already packed in a bit more control features, in addition to the handy pads, banks, and a built-in arpeggiator. 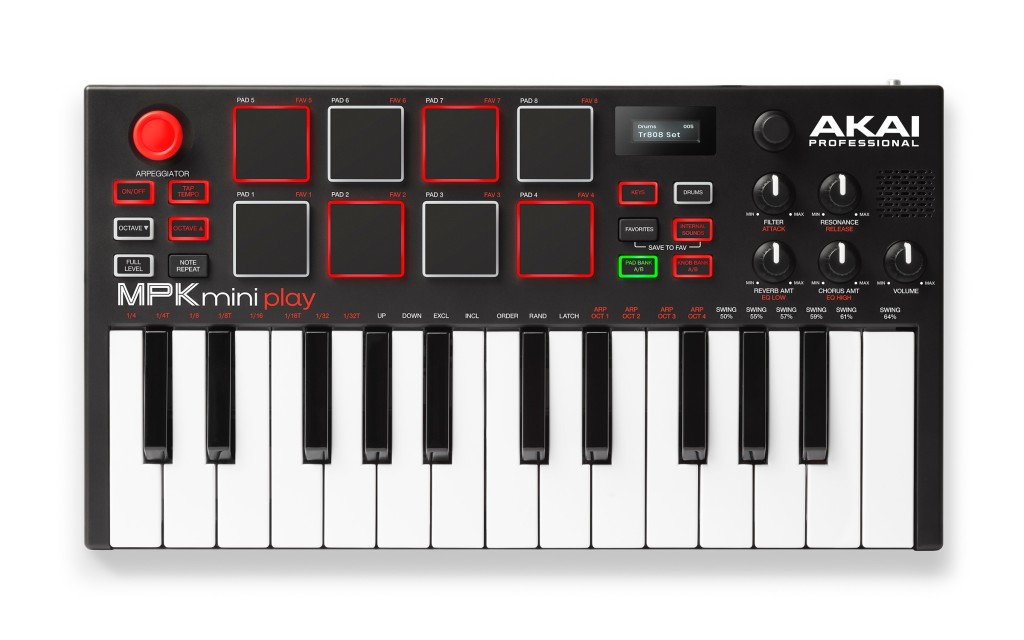 But all of that was just for use with a computer, connected via USB. The “play” version will now work standalone. There are 128 built-in instrument sounds and 10 drum kits in the internal sound module, plus a crisp OLED display so you can find the sound you want. AA battery power means this is all at your ready without even power nearby. There’s even a built-in speaker so you can hear what you’re doing.

You can also make Favorites, which compile a Keys patch, a Drums patch, and settings for the knobs.

Heck, it’s even got a sustain pedal input and a headphone jack. 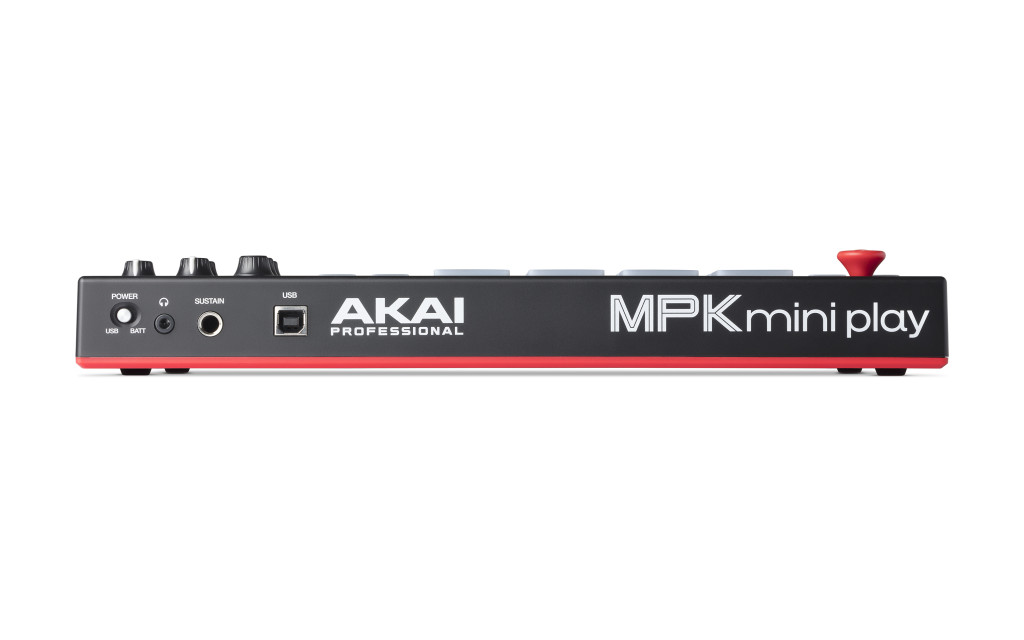 I’ll be totally honest – I tried to look up what sounds are in there, and couldn’t. I know the screenshot already has an 808 kit – sold yet?

It almost doesn’t seem to matter. I can’t think of another keyboard that could work as an iPad or computer accessory on USB power, then also a standalone jamming keyboard. Studio ready, picnic ready, too. Seems a good move in time for summer (Northern Hemisphere, anyway).

I gush only because the MPK mini is one of those things that you buy sort of as a throwaway, then wind up using more than everything else, just because it’s so small and convenient. It also has the advantage of taking up so little space that even when other gear in the studio competes for space, it has a way of staying by your computer keyboard instead of going on the shelf.

Midifan in China have a hands-on with more pictures / unboxing (worth looking even before you reach for Google Translate to try to work out what they’re saying, if you don’t speak Chinese).

Wow, there are a lot of videos of this AKAI piece out there, and … a lot of them take too long to watch. If you just want to hear the sounds, skip your way around these two:

If you want to get a quick overview and hear a guy say “The Unit” over and over again with a nice English accent, watch this:

Novation’s Launchkey Mini is the main mini keyboard in the category. And honestly, I’d choose the Novation when it comes to DAW mapping – the layout is more logical, and there are extra shortcut keys to navigate, plus Ableton-friendly color coding for clip status. As with the Akai, you can plug it in and start playing – no drivers or configuration needed. Novation also include some plug-ins and loops.

But… the Novation has nothing to match my existing favorite feature from the Akai, its internal arpeggiator. And that’s to say nothing of the Akai’s battery power and internal sounds. Now, if only, if only Akai had decided to add one more minijack for MIDI on the MPK mini play, it’d be perfect.

Which brings us to the other major competitor, Arturia’s KeyStep. That’s basically all arpeggiator/sequencer, loaded with some powerful features. And unlike all the other options here, you get standalone operation with MIDI/CV gear. All that’s missing? Encoders! I’m holding out for an Arturia KeyStep Pro (a la their BeatStep Pro) which combines encoders and a display with the excellent keyboard, MIDI/CV hardware support, and industry-leading arp/sequencer.

It’s got a larger keyboard, and starts to get most interesting with Native Instruments’ own software, but the prettiest mini keyboard at the moment is the newcomer from NI. I’ve just started playing with it, and it is awfully nice.

So in review, your decision tree looks something like this:

You want an arp/sequencer and external gear: Arturia Keystep.

You want internal sounds and something you can play in the park: Akai MPK mini.

But I still have to say, the Akai weirdly manages to be a little bit of almost all these things (minus hardware control, that’s yours, Arturia), in one unit… oh god, now I’m saying The Unit. But yes, it’s The Unit that does all these things.