Speaking of tools to glue together your gear and serve as the heartbeat of your studio – AUM. This iOS super-tool can serve as an essential hub for combining apps and hardware in any combination – and now it’s even more savvy with Ableton Link and MIDI.

You’d be forgiven for thinking AUM was just some sort of fancy mixer for the iPad. But it’s more like a studio for combining software with software, software with hardware, and hardware with hardware. So it might be a way to combine stuff that’s on your iOS device, or a convenient tool for mobile recording, or a way to let your iPad sit in a studio of other gear and make them play together, or a combination of all those things. 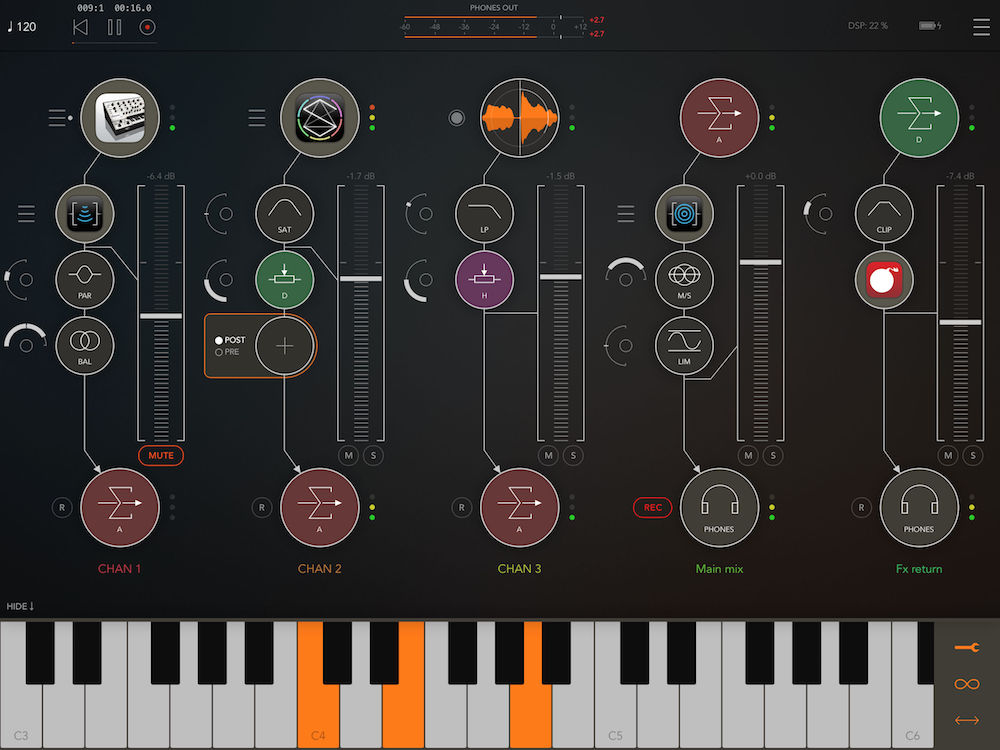 It does this by letting you do whatever you like with inputs and outputs, iOS plug-ins (Audio Unit extensions), audio between apps (Audiobus and Inter-App Audio), and multichannel audio and MIDI interfaces. It’s a host, a virtual patch bay (for both MIDI and audio), and a recording/playback device. And it’s a tool to center other tools. There’s also Ableton Link and MIDI clock support.

It’s worth bringing up AUM right now, because a minor point update – 1.3 – brings some major new features that really make this invaluable.

Jakob Haq has shown some useful ways of approaching the app, including MIDI mapping control:

Lots more tutorials and resources on the official site:

Pioneer Squid is a monster standalone sequencer for your gear

Moog Matriarch puts all your analog sound shaping in one keyboard