Techno, without all those pesky human producers? Petr Serkin’s Eternal Flow is a generative radio station – and even a portable device – able to make endless techno and deep house variations automatically.

You can run a simple version of Eternal Flow right in your browser:

Recorded sessions are available on a SoundCloud account, as well:

But maybe the most interesting way to run this is in a self-contained portable device. It’s like a never-ending iPod of … well, kind of generic-sounding techno and deep house, depending on mode. Here’s a look at how it works; there’s no voiceover, but you can turn on subtitles for additional explanation:

The hardware is limited run, but now there’s also an Android app on the Google Play store: 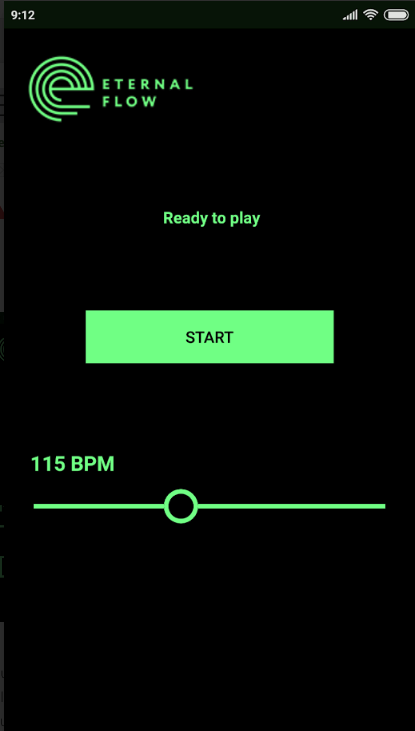 There are real-world applications here: apart from interesting live performance scenarios, think workout dance music that follows you as you run, for example.

I talked to Moscow-based artist Petr about how this works. (And yeah, he has his own deep house-tinged record label, too.)

“I used to make deep and techno for a long period of time,” he tells us, “so I have some production patterns.” Basically, take those existing patterns, add some randomization, and instead of linear playback, you get material generated over a longer duration with additional variation.

There was more work involved, too. While the first version used one-shot snippets, “later I coded my own synth engine,” Petr tells us. That means the synthesized sounds save on sample space in the mobile version.

It’s important to note this isn’t machine learning – it’s good, old-fashioned generative music. And in fact this is something you could apply to your own work: instead of just keeping loads and loads of fixed patterns for a live set, you can use randomization and other rules to create more variation on the fly, freeing you up to play other parts live or make your recorded music less repetitive.

And this also points to a simple fact: machine learning doesn’t always generate the best results. We’ve had generative music algorithms for many years, which simply produce results based on simple rules. Laurie Spiegel’s ground-breaking Music Mouse, considered by many to be the first-ever software synth, worked on this concept. So, too, did the Brian Eno – Peter Chilvers “Bloom,” which applied the same notion to ambient generative software and became the first major generative/never-ending iPhone music app.

By contrast, the death metal radio station I talked about last week works well partly because its results sound so raunchy and chaotic. But it doesn’t necessarily suit dance music as well. Just because neural network-based machine learning algorithms are in vogue right now doesn’t mean they will generate convincing musical results.

I suspect that generative music will freely mix these approaches, particularly as developers become more familiar with them.

But from the perspective of a human composer, this is an interesting exercise not necessarily because it puts yourself out of a job, but that it helps you to experiment with thinking about the structures and rules of your own musical ideas.

And, hey, if you’re tired of having to stay in the studio or DJ booth and not get to dance, this could solve that, too.

Thanks to new media artist and researcher Helena Nikonole for the tip!

Surge is free, deep synth for every platform, with MPE support