AI in music is as big a buzzword as in other fields. So now’s the time to put it to the test – to reconnect to history, human practice, and context, and see what holds up. That’s the goal of the Gamma_LAB AI in St. Petersburg next month. An open call is running now.

Machine learning for AI has trended so fast that there are disconnects between genres and specializations. Mathematicians or coders may get going on ideas without checking whether they work with musicians or composers or musicologists – and the other way around.

I’m excited to join as one of the hosts with Gamma_LAB AI partly because it brings together all those possible disciplines, puts international participants in an intensive laboratory, and then shares the results in one of the summer’s biggest festivals for new electronic music and media. We’ll make some of those connections because those people will finally be together in one room, and eventually on one live stage. That investigation can be critical, skeptical, and can diverge from clichéd techniques – the environment is wide open and packed with skills from an array of disciplines.

Natalia Fuchs, co-producer of GAMMA Festival, founder of ARTYPICAL and media art historian, is curating Gamma_LAB AI. The lab will run in May in St. Petersburg, with an open call due this Monday April 8 (hurry!), and then there will be a full AI-stage as a part of Gamma Festival. 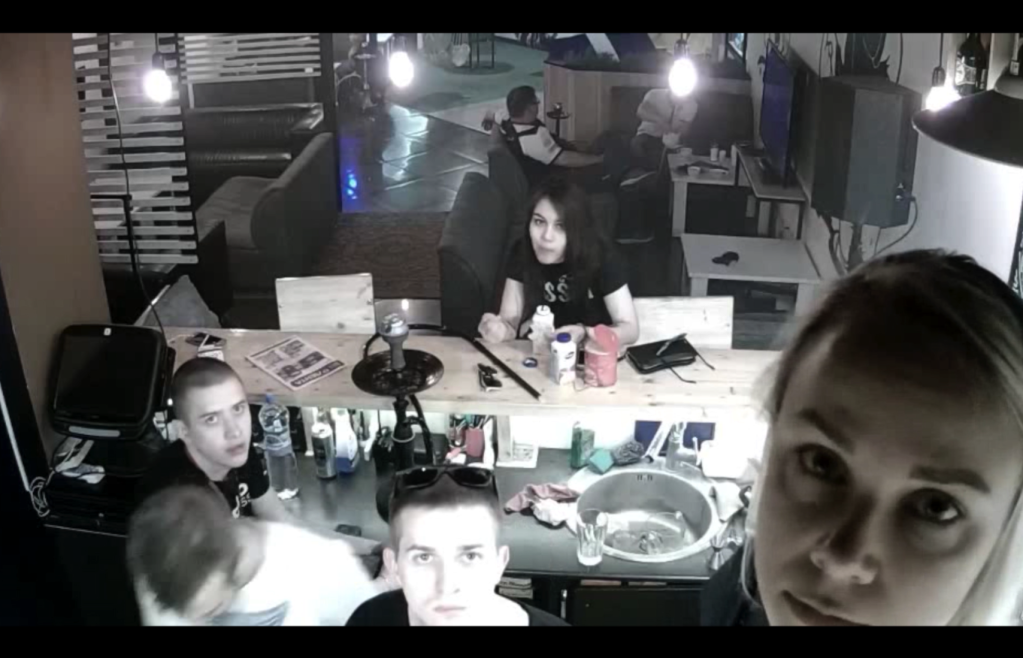 Invited participants will delve into three genres – baroque, jazz, and techno. The idea is not just a bunch of mangled generative compositions, but a broad look at how machine learning could analyze deep international archives of material in these fields, and how the work might be used creatively as an instrument or improviser. We expect participants with backgrounds in musicianship and composition as well as in coding, mathematics, and engineering, and people in between, also researchers and theorists.

To guide that work, we’re working to setup collaboration and confrontation between historical approaches and today’s bleeding-edge computational work. Media artist Helena Nikonole became conceptual artist of the Lab. She will bring her interests in connecting AI with new aesthetics and media, as she has exhibited from ZKM to CTM Festival in Berlin to Garage Museum of Contemporary Art. Dr. Konstantin Yakovlev joins as one of Russia’s leading mathematicians and computer scientists working at the forefront of AI, machine learning, and smart robotics – meaning we’re guaranteed some of the top technical talent. (Warning: crash course likely.)

Russia has an extraordinarily rich culture of artistic and engineering exploration, in AI as elsewhere. Helena, for her part, has created work that, among others, applies machine learning to unraveling the structure of birdsong (with a bird-human translator perhaps on the horizon), and hacked into Internet-connected CCTV cameras and voice synthesis to meld machine learning-generated sacred texts with … well, some guys trapped in an elevator. See below:

The first fifteen seconds are real birds, followed by machine learning-generated birdsong. This stage of the project was supported by Garage; more details on the project:

And in a separate project, mixing commentary on surveillance and sacred texts processed through the filter of machine learning:

I’m humbled to get to work with them and in one of the world’s great musical cities, because I hope we also get to see how these new models relate to older ones, and where gaps lie in music theory and computation. (We’re including some musicians/composers with serious background in these fields, and some rich archives that haven’t been approached like this ever before.)

I came from a musicology background, so I see in so-called “AI” a chance to take musicology and theory closer to the music, not further away. Google recently presented a Bach ”doodle” – more on that soon, in fact – with the goal of replicating some details of Bach’s composition. To those of us with music theory training, some of the challenges of doing that are familiar: analyzing music is different from composing it, even for the human mind. To me, part of why it’s important to attempt working in this field is that there’s a lot to learn from mistakes and failures.

It’s not so much that you’re making a robo-Bach – any more than your baroque theory class will turn all the students into honorary members of the extended Bach family. (Send your CV to your local Lutheran church!) It’s a chance to find new possibilities in this history we might not have seen before. And it lets us test (and break) our ideas about how music works with larger sets of data – say, all of Bach’s cantatas at once, or a set of jazz transcriptions, or a library full of nothing but different kick drums, if you like. This isn’t so much about testing “AI,” whatever you want that to mean – it’s a way to push our human understanding to its limits.

Oh yes, and we’ll definitely be pushing our own human limits – in a fun way, I’m sure.

A small group of participants will be involved in the heart of St. Petersburg from May 11-22, with time to investigate and collaborate, plus inputs (including at the massive Planetarium No. 1).

But where this gets really interesting – and do expect to follow along here on CDM – is that we will wind up in July with an AI mainstage at the globally celebrated Gamma Festival. Artist participants will create their own AI-inspired audiovisual performances and improvisations, acoustic and electronic hybrids, and new live scenarios. The finalists will be invited to the festival and fully covered in terms of expenses.

So just as I’ve gotten to do with partners at CTM Festival (and recently with southeast Asia’s Nusasonic), we’re making the ultimate laboratory experiment in front of a live audience. Research, make, rave, repeat.

The open call deadline is fast approaching if you think you might want to participate.

To apply:
Participation at GAMMA_LAB AI is free for the selected candidates. Send a letter of intent and portfolio to aiworkshop@artypical.com by end of day April 8, 2019. Participants have to bring personal computers of sufficient capacity to work on their projects during the Laboratory. Transportation and living expenses during the Laboratory are paid by the participants themselves. The organizers provide visa support, as well as the travel of the best Lab participants to GAMMA festival in July.

From Ukraine, a compilation to resist normality and go braindance