Look past the modulars and wires: connecting people who make instruments and those who play them is at the heart of all Andreas Schneider’s endeavors. With Superbooth looming, we check in on Herr Schneider and his vision of what electronic instruments are about.

I got a chance to talk to Andreas during this final lead-up to this week’s festival. Superbooth has become trade show-cum-cultural happening, one of those chances to take a community that lives globally and online and make it face to face. Things you can expect:

See my full interview with Andreas about Superbooth, which I wrote up for NI:

INSIDE SUPERBOOTH, AND ITS SUPERHERO ANDREAS SCHNEIDER [Native Instruments Blog]

With that event upcoming, I also got to sit down and learn how Schneider got started.

“And I understood by talking to party people – this is what everybody needs. You have a drum machine, you have a synthesizer, you need a MIDI cable – push start and have fun. And I took this little setup in a suitcase and ran around Europe and visited all the shops and said – hey, look here, what kind of fun is this?”

Andreas and his shop have gotten a reputation around modular synthesis, and Superbooth with them, but Andreas says he never set out to build this empire around modular. “No, modular was happening to me,” he says. “It started with Doepfer, and Doepfer was opening his system to everybody else’s visions and said – build whatever you want. I helped him promoting that to the size where it is.”

I think Andreas is being modest here, in that he has unquestionably been an articulate advocate and salesperson for the format – filtering out the best stuff, managing distribution with often-unreliable tiny makers, and evangelizing a mindful embrace of music making on the instruments. He has been the public face of a project that has both ignited passion for these instruments and helped make people comfortable with them.

But at the same time, he shies away from making the format the message – even as the format has dominated his shop. “Modulars became so big that nearly all my staff in the shop is a modular nerd,” he says. “I think making music is not just modular.”

What he is about, though, is hardware. “It’s that haptical experience – even if it’s a knob to turn or a key to push,” he says. “Mono functional editing – on/off. Down/up. In/out.” He keeps only one computer – an Atari ST (the one PC, incidentally, with built-in MIDI). 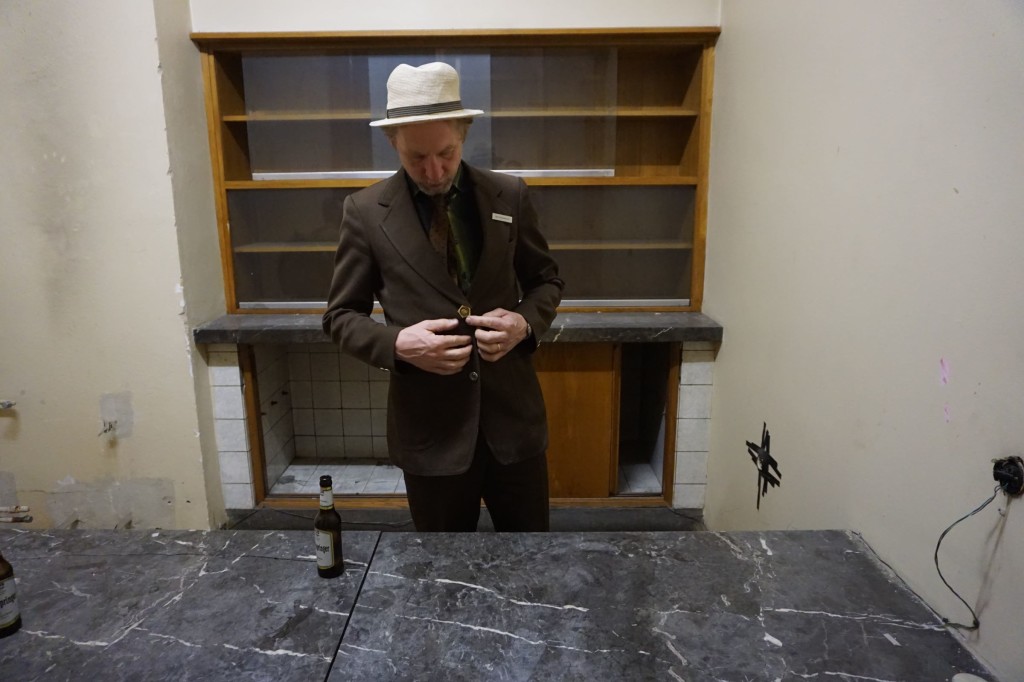 “In the beginning it had nothing to do with musicians – educated musicians. It was those people who were coming from spinning records and understanding how to make people dance and have a good time.

“And that’s why I never had a keyboard in my shop. It was about the machine and the desktop unit and the concentration on the sound source. You need to listen – and you can’t disturb with your experience on playing a melody.

I had a thought that it could have been better if I wouldn’t have pinned this little niche to the musical instrument people, but perhaps to the furniture people or the DJ people. In the end, it’s decoration for our living rooms – or it could be. Or it could also be seen as something like a slot machine. Why not? And it would have been better. Because now those musicians – those ‘now we now how to make music people’, you have to do it this and that way – they dominate this thing at least by a certain percentage.

Modular will take center stage at Berlin’s FEZ this week. And that means another year in which the world of modular makers has become more crowded.

Andreas says he hopes the added pressure will push back against having too much of the same stuff. “The quality is getting higher,” says Andreas. “The pressure that you need to have good ideas is increasing.” What about rumors of a modular bubble? “I try my best to prevent the burst,” he says, “- by getting new audience to the scene.”

That scene will unquestionably grow this week – some examples of the DIY and workshop elements:

We’ll be reporting from Superbooth.

Novation have done a video interview with Andreas out this week, too:

And of course continue my interview here:

Inside Superbooth, and its superhero Andreas Schneider