Once upon a time, Propellerhead ran an ad showing a bunch of hardware synths in a trash bin to make a point. This time, we get the opposite – a KORG Polysix for Reason running back in hardware.

By now, these arguments about analog versus digital, software versus hardware are all surely irrelevant to music making. But recent developments go one step further: they produce an environment in which inventors and developers no longer have to care. The vision is, make your cool effects and synthesis code, then freely choose to run them inside a host (like Reason), inside hardware. or even on the Web.

Propellerhead showed me some of these possibilities of their Rack Extension technology when I visited them this winter and talked to their developers.

You can actually try the Web side of this right now – Europa for Reason runs in a browser. It’s not just a simulation or a demo; it’s the complete Rack Extension. That clearly offers a new take on try-as-you-buy, and allows new possibilities in teaching and documentation – all without threatening the sales model for the software:

A browser may be a strange place to experience the possibility of Rack Extensions running in hardware, but it’s actually the same idea. ELK MusicOS from MINDMusicLabs allows the same tech to run on a Linux-based operating system, on any hardware you want. So if you want self-contained instruments with knobs and faders and buttons – and no distracting screens or awkward keyboards – you can do it.

It’s not so much post-PC as it is more PC than your PC. Computers should be capable of ultra-low latency, reliable operation, even running general purpose systems. The problem is, musicians aren’t the ones calling the shots.

MusicOS can cut latency below 1ms round-trip, runs on single Intel and ARM CPUs, and has official support for VST and Rack Extensions – plus full support for connectivity (USB, WiFi, Bluetooth, 4G mobile data, and MIDI).

What was cool at Superbooth was seeing some recognizable hardware prototypes using the technology. We saw a VST plug-in just before the show from Steinberg; for the Rack Extension side of things, you get a Eurorack module version of KORG’s Polysix, using their own Component Modeling Technology. (So it is a software model, but here with hands-on control and modular connectivity.) 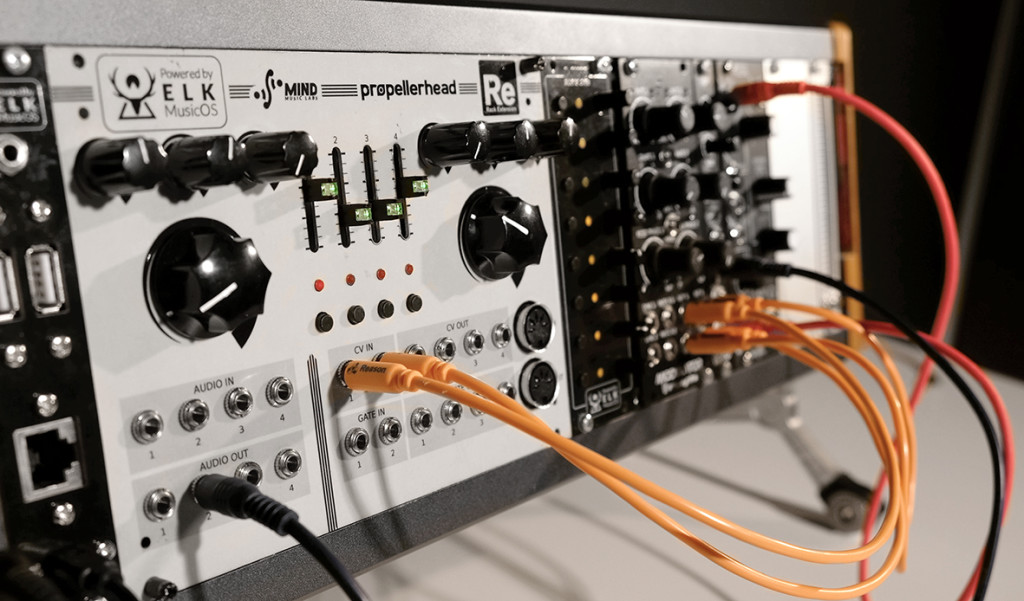 For now, it’s just a prototype. But Rack Extension support, like VST, is officially part of MusicOS. Now it’s just up to hardware makers to take the plunge. Based on interest we saw from CDM readers and heard around the show, there is serious market potential here.

In other words, this could be the sign of things to come. ELK’s tech works i such a way that more or less the same code can target custom hardware as desktop software. And compatible systems on a chip start around ten bucks – meaning this could be an effective platform for a lot of people. (I’m not clear on how much licensing costs; ELK ask interested developers to ‘get in touch’ so it may be negotiated case by case.)

Polyend puts presets in your modular – plus run on a battery, anywhere

Heard it all before? Talking sound, discovery, and inspiration

eurorackHardwaremodular
Faded Instruments has a line of candy-colored 1U tools – easy modular stocking stuffers
modular
The latest 1U tool is a DJ-style innofader crossfader from intellijel
Hardware
The best Cyber Monday deals you can get now on synths, plug-ins, and more
Hardware
The very best Black Friday and Cyber Week deals on music and motion – a running list